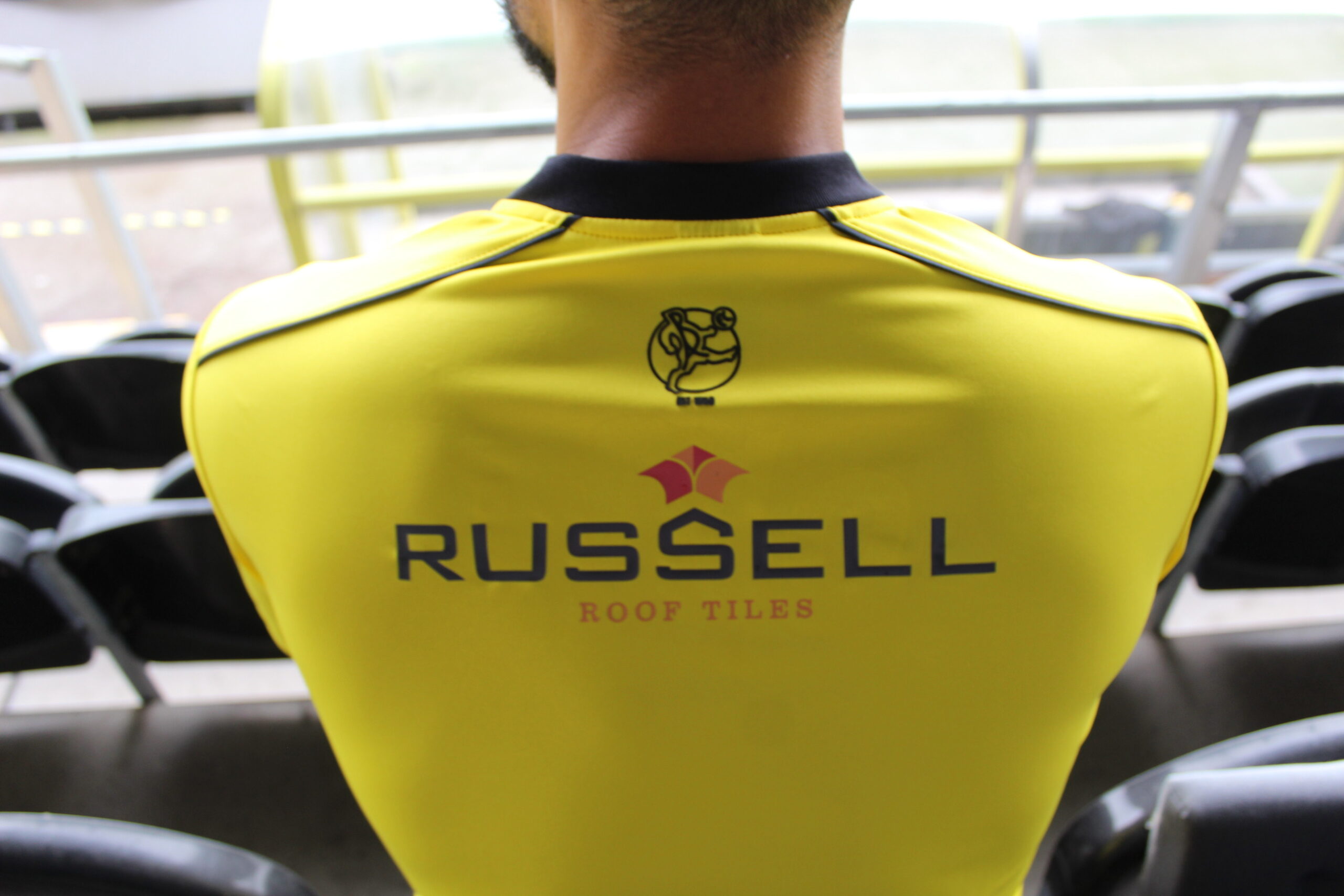 Posted on September 22, 2020 Comments Off on Russells Reveal Shirt Sponsorship for the Brewers

The roof tile manufacturer – which has supported the club for the past five years, is sponsoring both Burton Albion’s home and away jerseys for the season – which will also be featured on all shirts purchased by supporters.

Russell Roof Tiles is the largest independent manufacturer of concrete derivatives in the UK pitched roofing market. Employing around 140 staff at three sites which covers 22 acres in Scotland and two in Burton on Trent.

Burton Albion’s Chairman, Ben Robinson MBE DL said: “Our partnership with Russel Roof Tiles continues to go from strength-to-strength and we are delighted that they have agreed to sponsor the club’s home and away shirts for next season.

“They are a very community-focussed company which shares the values and aspirations of the football club, and each year raises significant sums for charity.”

“We are delighted to be sponsoring the rear of the new shirts for the new season and It’ll be an honour to see the Brewers run out at the Pirelli Stadium and other stadiums around the UK displaying our logo. What started as a straightforward sponsorship has developed into a great partnership in which we support grassroots football, raise money for charity and enjoy supporting the team at matches.

“We’re hoping the club can have an exciting season and wish new manager Jake Buxton and his squad best of luck.”