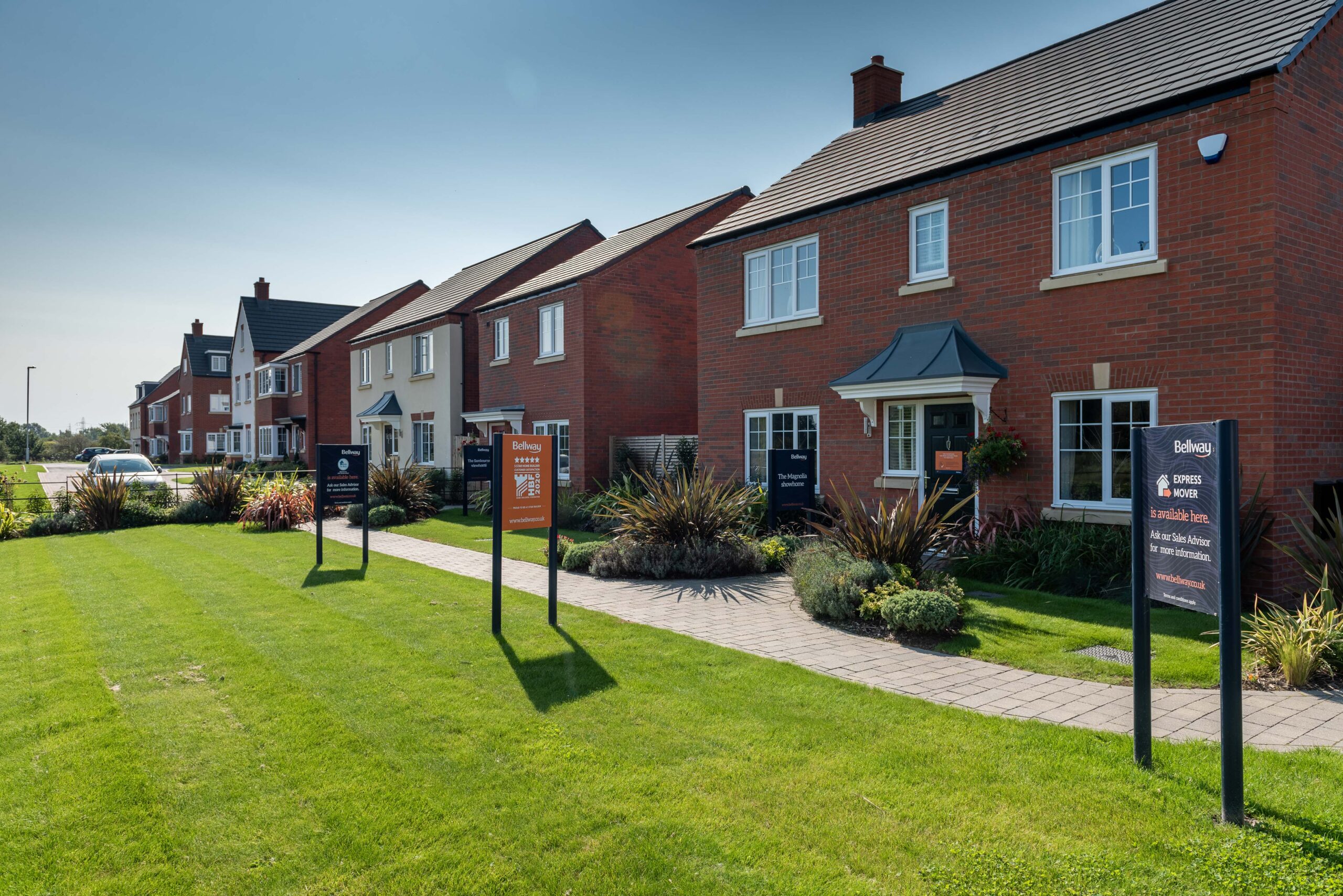 Posted on November 4, 2020 Comments Off on Works progressing well on new homes in Burton-on-Trent

Construction work is progressing well on a development of new homes in Branston, Burton-on-Trent, where a new community is beginning to form.

Five-star developer Bellway is building a total of 113 new homes at Evelyn Gardens, off Main Street, including one-bedroom apartments and two, three and four-bedroom houses.

The site officially opened to the public in March last year, and since then 33 homes have been completed, with construction work scheduled to finish on site in summer 2022.

More than 20 families have now moved into their new homes at the development, while 40 plots have been sold.

Those hoping to find their perfect place at Evelyn Gardens can book a tour of the four-bedroom Magnolia showhome, available on an appointment-only basis, along with tours of the three-bedroom Sambourne and four-bedroom Bascote view homes.

Sales Director for Bellway West Midlands, Marie Richards, said: “Since we began building at Evelyn Gardens last year, we have received lots of positive feedback on the variety of new homes on offer at the site, with many of our residents buying from the local area.

“Branston benefits from access to open countryside, schools, shops and places to eat, as well as being within easy reach of the centre of Burton-on-Trent and road links to Derby and Lichfield.

“Our two-bedroom homes have been proving very popular among young first-time-buyer couples lately, while we’ve had some customers mention that it’s a great time to buy now before the rules for the Government’s Help to Buy scheme change next year.”

Help to Buy currently enables first-time buyers and existing home-owners to buy a new-build home up to the value of £600,000 with a five per cent deposit and a 75 per cent mortgage, with the remaining 20 per cent provided in the form of a Government-backed equity loan, which is interest free for the first five years.

From the end of March next year, the scheme will be limited to first-time buyers only, with a regional price cap of £255,600 in the West Midlands.

There’s currently a choice of two, three and four-bedroom houses available to reserve at Evelyn Gardens, with prices starting from £174,724.

Bellway has designed a virtual tour of the Bascote view home on its website page for Evelyn Gardens, to show people a typical example of a property at the site before their appointment.

For more information on the new homes being built at Evelyn Gardens, call 01283 893629 or visit bellway.co.uk.