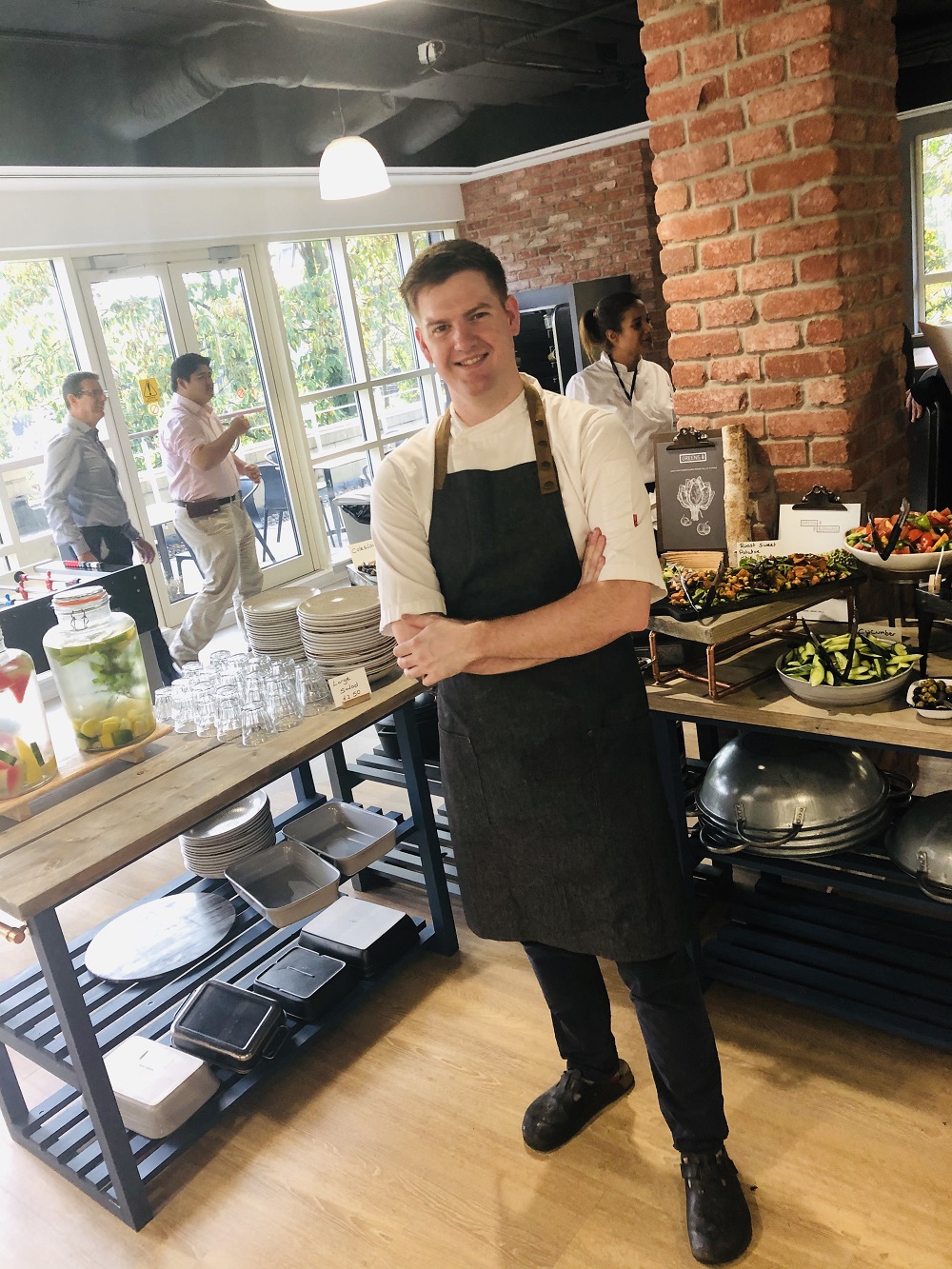 Henry joined Wilson Vale in 2013 as a general assistant and has steadily worked his way up the ranks from GA to commis chef to sous chef, chef manager and on to becoming an area manager.

He is now responsible for an initial portfolio of two clients in Cambridge and London, but this is expected to grow as he settles into his new role.

Like all of Wilson Vale’s area managers, Henry’s craft skills have stood to him, but it was his people skills and ability to forge strong relationships with clients and team members, is what prompted Wilson Vale to see his potential and act on it.

Commenting on his promotion, Henry said: “ I have been mentored and supported every step of the way by my managers, members of the various kitchen brigades I have worked with and head office staff who have given me the confidence, NVQ qualifications and skills to develop.

“I have learned something from every chef along the way and it is now great to be back working with so many familiar faces. The best thing about my new role is that every day is different so that makes it really enjoyable and challenging.  I love the fact that I still get to work alongside chefs in the kitchen almost every day to help develop their skills and confidence.”

As well as looking after his client sites, Henry is now also involved in supporting business development and craft skill training.

Carolyne Vale, co-founder of Wilson Vale, said: “ From the early days when Henry first joined us, it was clear that he had a bright future. He was ambitious, interested and had a passion for food. He had raw talent and with the right training and mentoring in craft and managerial skills, he proved to be a great asset to the team, always researching new recipes and experimenting with new ways of doing things and how to improve.

“It is great to see young talent shine like this and we are delighted to support his growth and welcome him to our operations team.”