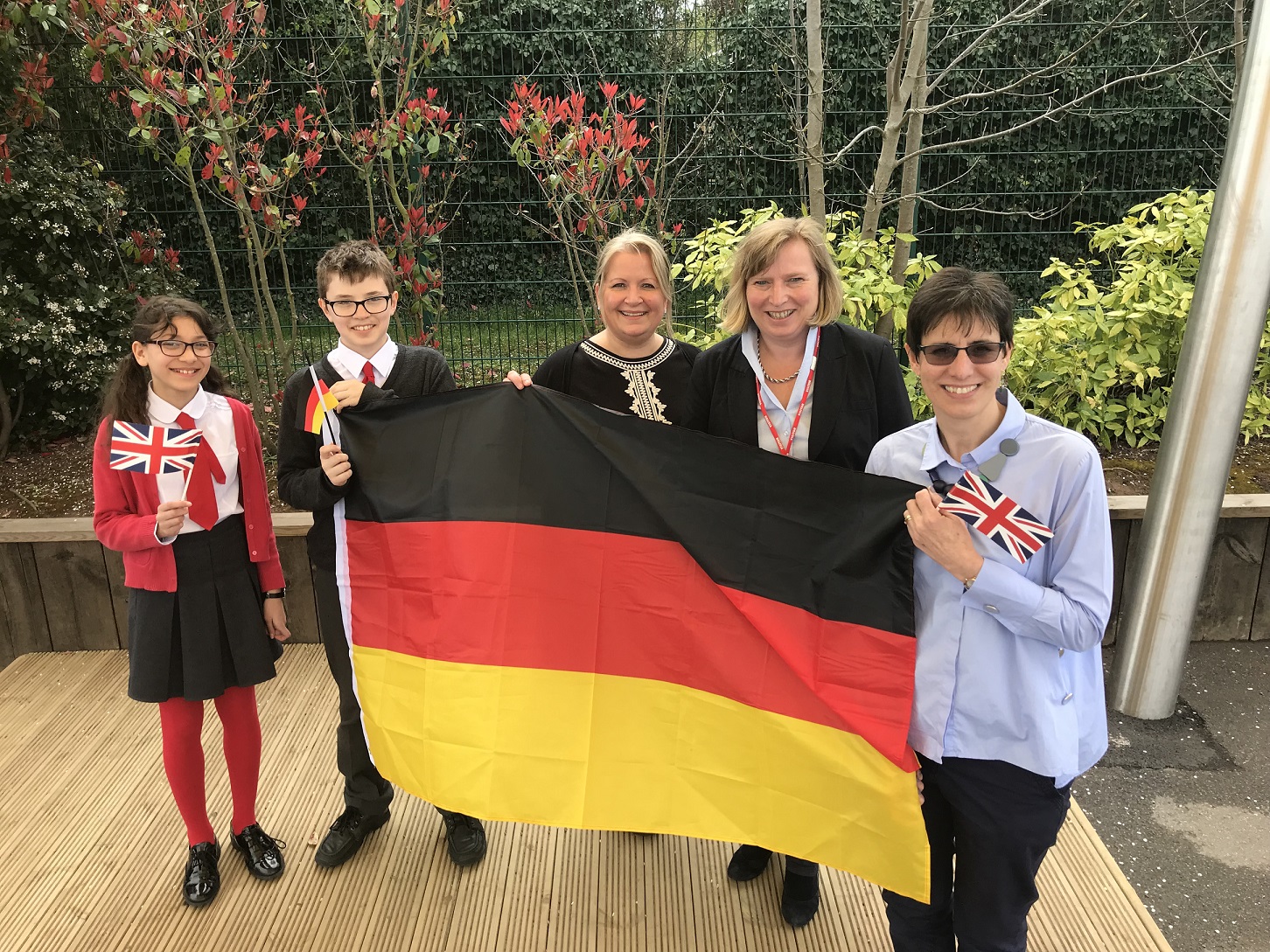 Posted on October 8, 2019 Comments Off on West Bridgford primary school awarded prestigious international accolade for second year in a row

A primary school in West Bridgford has been re-accredited the British Council’s widely-respected International School Award, for its flourishing partnerships and links with schools across the world.

St Edmund Campion School, located in Tewkesbury Close, in West Bridgford, Nottingham, was awarded the accolade for a second year due to its high level of international work – including an annual trip to their partnered German school in Berlin.

The prestigious award is an internationally recognised accreditation; awarded to schools across the UK which forge links with partners overseas and add an extensive international dimension to their curriculum.

Global dimension and international learning are key to the fundamentals of St Edmund Campion School and are a vital part of the school’s ethos. Through working on joint projects with partner schools and adding international elements to lessons, pupils and teachers are given a fresh perspective on the world and their place within it.

The school’s varied international work includes an annual trip to Berlin with Year 5 children, which includes a visit to their German partner school. This is as well as regular joint projects with their partner school in France and in-depth work in the classroom on a variety of world faiths.

Earlier this year, the school took part in a teacher exchange programme organised by UK-German Connection – a government initiative which aims to foster partnerships, programmes and networks for schools and youth groups across the UK and Germany.

As part of the scheme, the school hosted a teacher from Germany for two weeks – with both pupils and teachers able to learn about a different culture and its traditions from the exchange, as well as share best practice on an international level.

Upon hearing the news that St Edmund Campion School had received the award, Daniela Wilks, language teacher and international co-ordinator said: “We are extremely proud of our status as an International School. This award celebrates our school’s vast efforts to include an international dimension across our curriculum, which allows our pupils to become aware of the great wide world outside their own immediate experiences and geographical area.”

Anita Blake, headteacher at St Edmund Campion School said: “I am thrilled that we have received the re-accreditation from the British Council. Our links and partnerships with schools abroad is very important to us, and we continue to build upon this year on year. Our annual school trips abroad offer our pupils new and unique experiences, and bring their lessons in the classroom to life.”

Sir Ciarán Devane, CEO of the British Council, commented: “St Edmund Campion School’s fantastic international work has rightfully earned it this prestigious award. The International School Award is a great chance for schools to demonstrate the important work they are doing to bring the world into their classrooms. Embedding an international dimension in children’s education ensures that they are truly global citizens and helps prepare them for successful lives and careers in an increasingly global economy.”