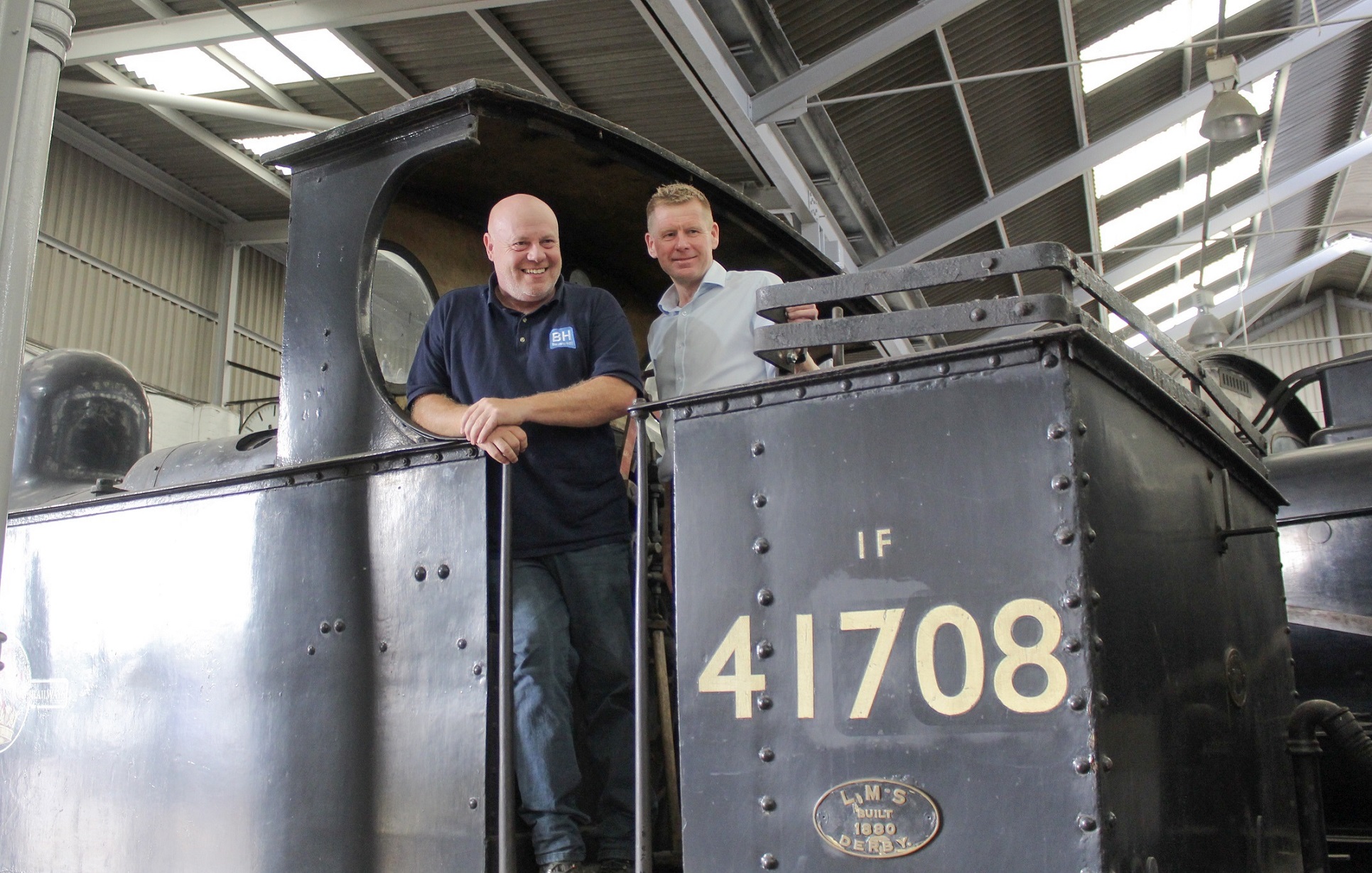 A Derbyshire railway museum will bring an historic steam locomotive back to life after purchasing the 1880s gem with the help of Wake Smith Solicitors.

Barrow Hill Ltd, the trading arm of Barrow Hill Engine Shed Society, has agreed to buy the Class 1F Half Cab No 41708 from the 1708 Locomotive Preservation Trust for an undisclosed sum.

The locomotive, which has been on display at Barrow Hill Roundhouse near Chesterfield for the last 15 years, will be refurbished and returned to steam, 10 years after the first attempt by the charity to acquire the locomotive with the backing of the National Railway Museum at York.

Duncan Shepherd, director and head of company commercial at Wake Smith, said: “This has been an interesting job and highlights the importance of proper legal documentation if you are buying or selling a large item.

“We look forward to seeing the engine refurbished and back on show for visitors to Barrow Hill to enjoy.”

The Half Cab spent the majority of its working life at the Roundhouse and Staveley Works, where it was allocated for shunting duties, between 1947 and 1965. It returned to Barrow Hill in July 1998 to star in the Roundhouse’s public reopening following the successful campaign to save the unique building from demolition. The locomotive made several further visits between 1998 and 2002 before returning to its home shed on a permanent basis in 2004.

Mervyn Allcock, Barrow Hill Engine Shed Society spokesperson said: “We have now finalised the deal and are looking forward to bringing the 139-year-old engine out of the shed and back into use with funds we have already set aside and with a fundraising campaign which will be launched in 2020, the 150th anniversary of the opening of the Roundhouse.

“The restoration and rebuild project will start with a detailed examination of the locomotive in order to understand exactly what needs to be done to bring it back into steam. We are very grateful for the support and advice given to us by Wake Smith which has enabled us to secure the locomotive’s future as an intrinsic part of the Barrow Hill story.”

The Class 1F locomotive was designed by Samuel Johnson, Chief Mechanical Engineer of the Midland Railway from 1873 to 1903. Used for hauling freight, shunting and some branch line passenger use, 185 of the class were built in Derby. This particular locomotive was built in 1880, numbered 1418. It was rebuilt about 20 years later and re-numbered 1708.

It underwent another change of identity to 41708 when the locomotive passed into the ownership of British Railways in 1948. By the time it arrived at Barrow Hill in 1947, only 72 of the original 185 locomotives remained in service. By 1961 there were 11 class members and the last five, including 41708, were withdrawn in September 1965. The class only lasted as long as this because the Midland Railway had signed a contract for 100 years in 1866 to provide shunting engines to Staveley Works.

Barrow Hill Roundhouse is the last surviving railway roundhouse in the United Kingdom with an operational turntable. Built in 1870, it was threatened with demolition in 1991 when the site was closed by British Rail. It was saved by a group of dedicated volunteers who transformed it into a unique railway museum and events venue.