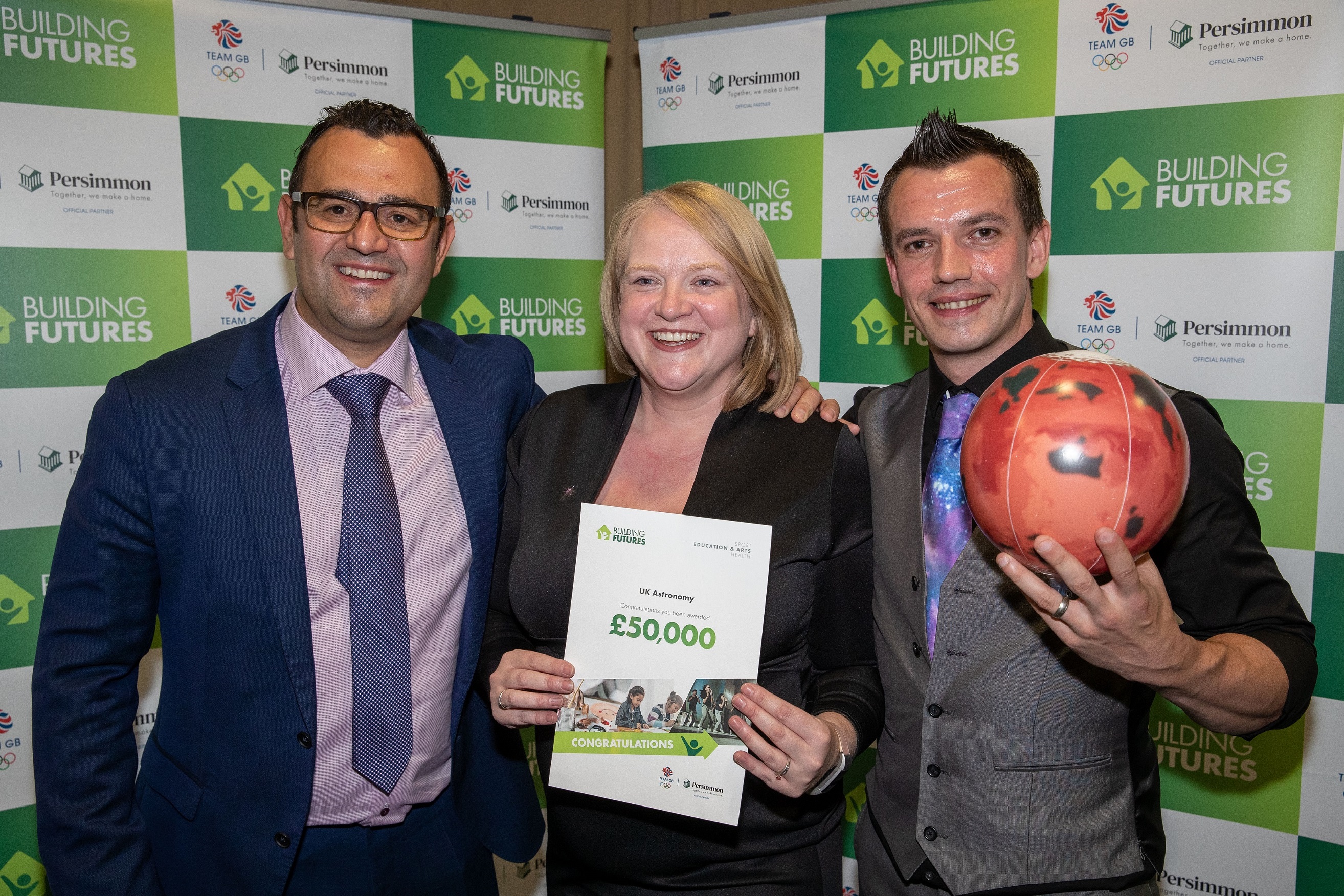 UK Astronomy ‘over the moon’ with £50k prize

The charity represented Persimmon Homes Midlands as one of 96 finalists in the housebuilder’s £1million giveaway to good causes working with young people aged under 18.

From February to May, Building Futures donated £128,000 to regional organisations supporting young people in sport, education & arts and health throughout England, Scotland and Wales.

Ross Hockham from UK Astronomy said: “Winning £50,000 was beyond our wildest dreams.

“This is a huge boost to us and will allow us to purchase a van that can be converted into a mobile observatory and allow us to reach and inspire even more children to look up.

“Taking part in Building Future has been a fantastic experience for us and it was so exciting to reach the finals, never mind winning a huge sum like this.

“It was a very emotional evening with such a broad range of groups being represented and we can’t thank Persimmon Homes enough.”

Simon McDonald, regional managing director for Persimmon Homes Midlands, added: “The Building Futures scheme has been a great success and we had a brilliant evening at York Racecourse celebrating the fantastic work of so many organisations supporting young people in our communities.

The first, second and third prize winners were decided by a public vote and more than 225,000 votes were cast.

The £100,000 prize winner in the sport category was Scrappers Gym based in Swindon, Portsmouth Down Syndrome Association secured the award for education &arts and the Young People’s Counselling Service Annabelle Davis project in Peterborough was handed the health award.

The other second prize awards of £50,000 went to Leeds Rowing Club for sport and Norwich-based Toy Like Me for health.