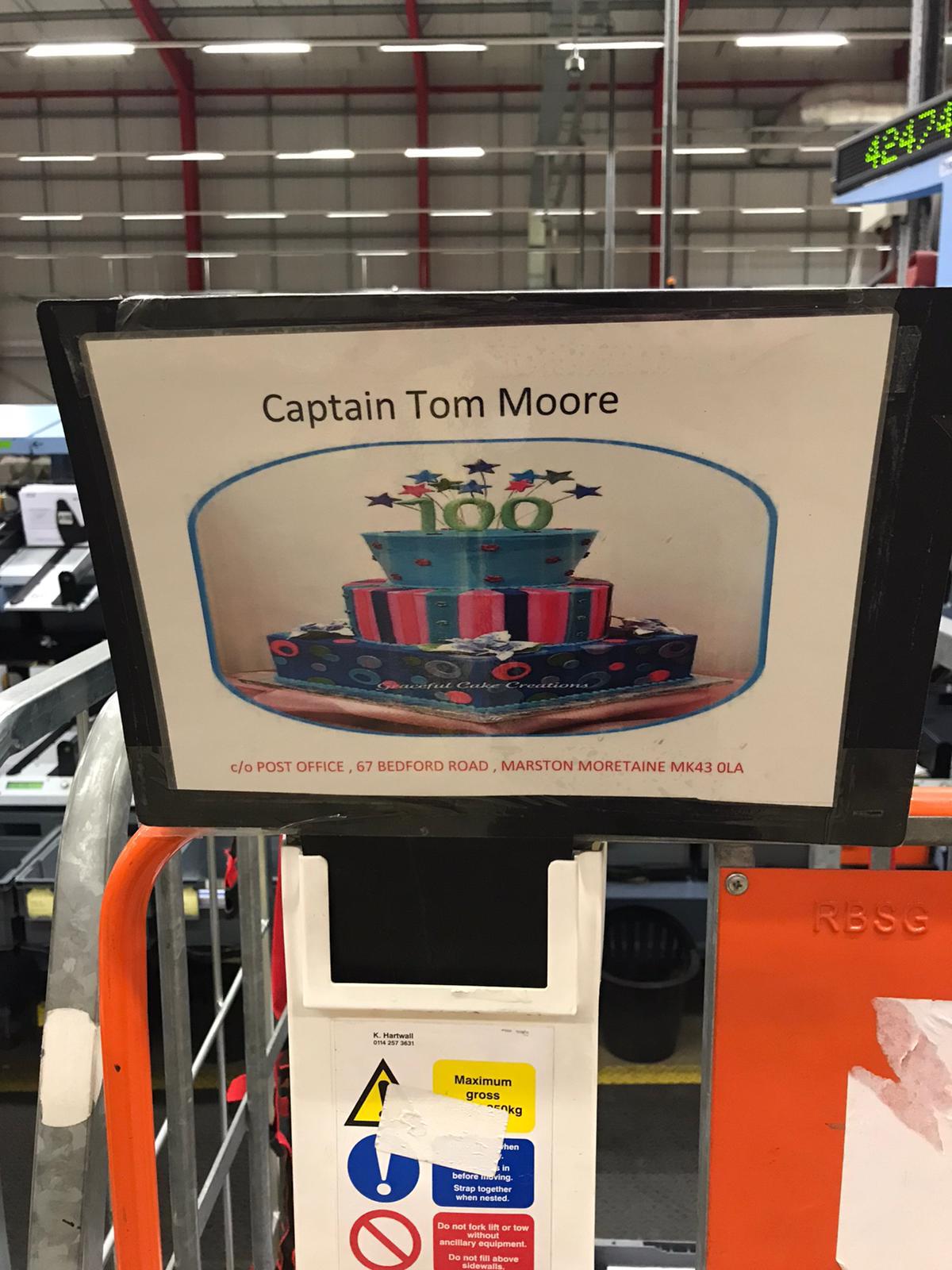 Posted on April 22, 2020 Comments Off on TENS OF THOUSANDS OF BIRTHDAY CARDS SENT TO HERO FUNDRAISER CAPTAIN TOM MOORE

Royal Mail has this week put in place special processes at its South Midlands Mail Centre to manage the tens of thousands of birthday cards being sent to Captain Thomas Moore from well-wishers across the UK.

To deal with the volume of mail addressed to Captain Tom, engineers at the Mail Centre have reprogrammed their Intelligent Letter Sorting Machines (iLSM) to reroute all of his mail to a dedicated collection box. So far over 25,000 cards have been processed for Captain Tom using this new process, with tens of thousands more expected over the coming weeks.

iLSMs are responsible for sorting letters and cards at Mail Centres. Sensors read an item of mail’s address and reroute each individual item to separate collection boxes depending on their destination. At peak speed, an iLSM can process 40,000 pieces of mail every hour.

To raise money for NHS workers, Captain Tom set himself the challenge of walking 100 laps of his garden before he turned 100 years old. He completed the feat on Thursday 16th April, 14 days ahead of his 30th April birthday and announced he would now aim to reach 200 laps. As of Monday 20th April, Captain Tom has raised over £27 million for NHS Charities Together, having set an initial fundraising goal of £1000 which was broken in around 24 hours. 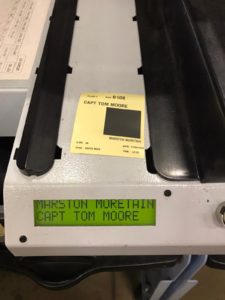 Once Captain Tom’s mail has been processed by the iLSM, the cards are delivered in dedicated mailbags to Bedford Delivery Office before arriving at Marston Moretaine SPDO, where family and friends have arranged to collect and sort through the cards from the local Post Office.

David Gold, Head of Public Affairs at Royal Mail said: “What Captain Thomas Moore has achieved is truly phenomenal, reflected in the affection shown for him across the world. As Royal Mail works to keep the country connected during these times, we are honoured to be delivering so many cards to Captain Tom for his 100th birthday. We would like to extend our own best wishes and congratulations to him from everyone at Royal Mail.”

Stephen James, Plant Manager at Royal Mail’s South Midlands Mail Centre said: “The need to give Captain Tom his own selection on our letter sorting machine highlights just how much he has inspired the public with his efforts. None of the team have ever known one person receive so much mail. Everyone here at South Midlands Mail Centre wishes Captain Tom a very happy 100th birthday.”

Royal Mail will also be issuing a special postmark wishing Captain Tom a happy 100th birthday. The postmark will appear on all stamped mail across the UK starting next week.