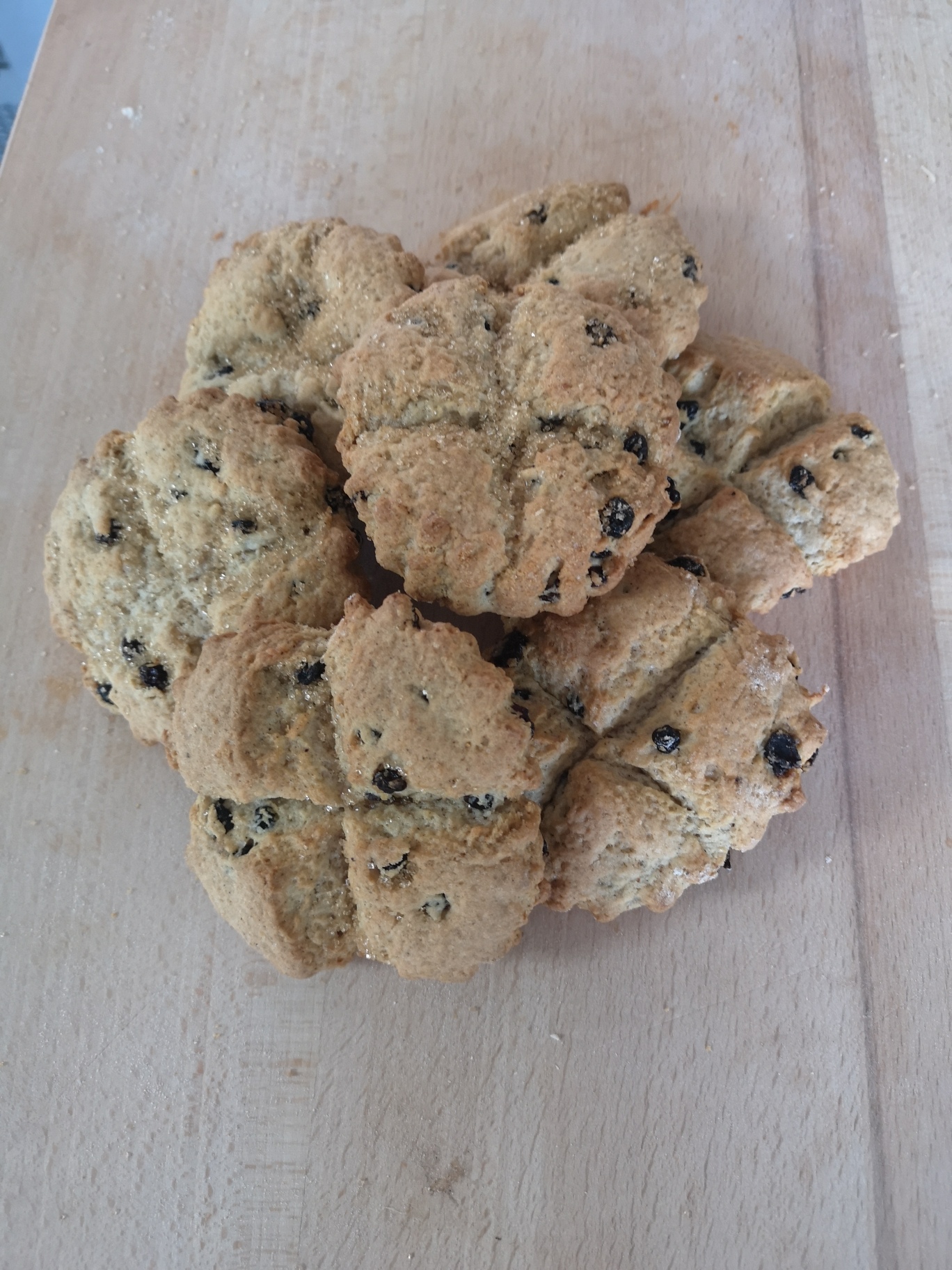 Posted on September 25, 2020 Comments Off on Soul Cakes Offer ‘Comfort’ as Halloween Looks Set To Be Toned Down in Pandemic

A family-run bakery is bringing back yet another sweet treat from the dead – after a previously revived product proved extremely popular.

Stacey’s Bakery, which has branches in Ilkeston, Eastwood and Heanor, is launching a ‘soul cake’ in time for Halloween.

Hailed as a classic ‘comfort food’, the baked goods aim to bring a smile to everyone’s faces in difficult times, especially in the colder Autumnal months and when tightened lockdown restrictions loom.

The tradition of giving out soul cakes on All Hallows’ Eve dates back to the Middle Ages, when children went door-to-door saying prayers for the dead, and continued into the 1930s.

On All Hallows’ Eve, All Saints’ Day and All Souls’ Day, children went ‘souling’, asking for soul cakes from house to house, possibly a precursor to trick or treating.

The round cakes are filled with allspice, nutmeg, cinnamon, ginger or other sweet spices, raisins or currants, and before baking are topped with the mark of a cross to signify that these were alms, or given as a mark of charity.

The launch of the spooky snack comes four years after Stacey’s brought back ‘Thor’ cakes, which are made with oatmeal, ginger and black treacle and were traditionally baked in Derbyshire communities on November 5.

David Stacey, director of the four-generation bakers, said the Thor cakes’ success had been “incredible”, with 2,500 sold in just one week and “people had gone crazy for them”.

He added that he hoped cake lovers would be getting on board with the soul cakes.

David said: “The soul cakes are something a little bit different.

“What people normally do at Halloween is go and buy a multipack of sweets, but I wouldn’t imagine that trick or treating will be something that many people will be doing this year, given the pandemic.

“Soul cakes are maybe going to be a little something for people to enjoy throughout the week of Halloween and throughout Autumn.

“People are going to be wanting comfort food as the nights get colder and darker, and restrictions mean that we can’t get together with larger groups of families and friends.

“The aromatic ingredients – like nutmeg, cinnamon and ginger – lend themselves to providing that warmth that we all crave.”

The soul cakes will be on sale from early October and available throughout Autumn.

To find out more, visit www.staceysbakery.co.uk