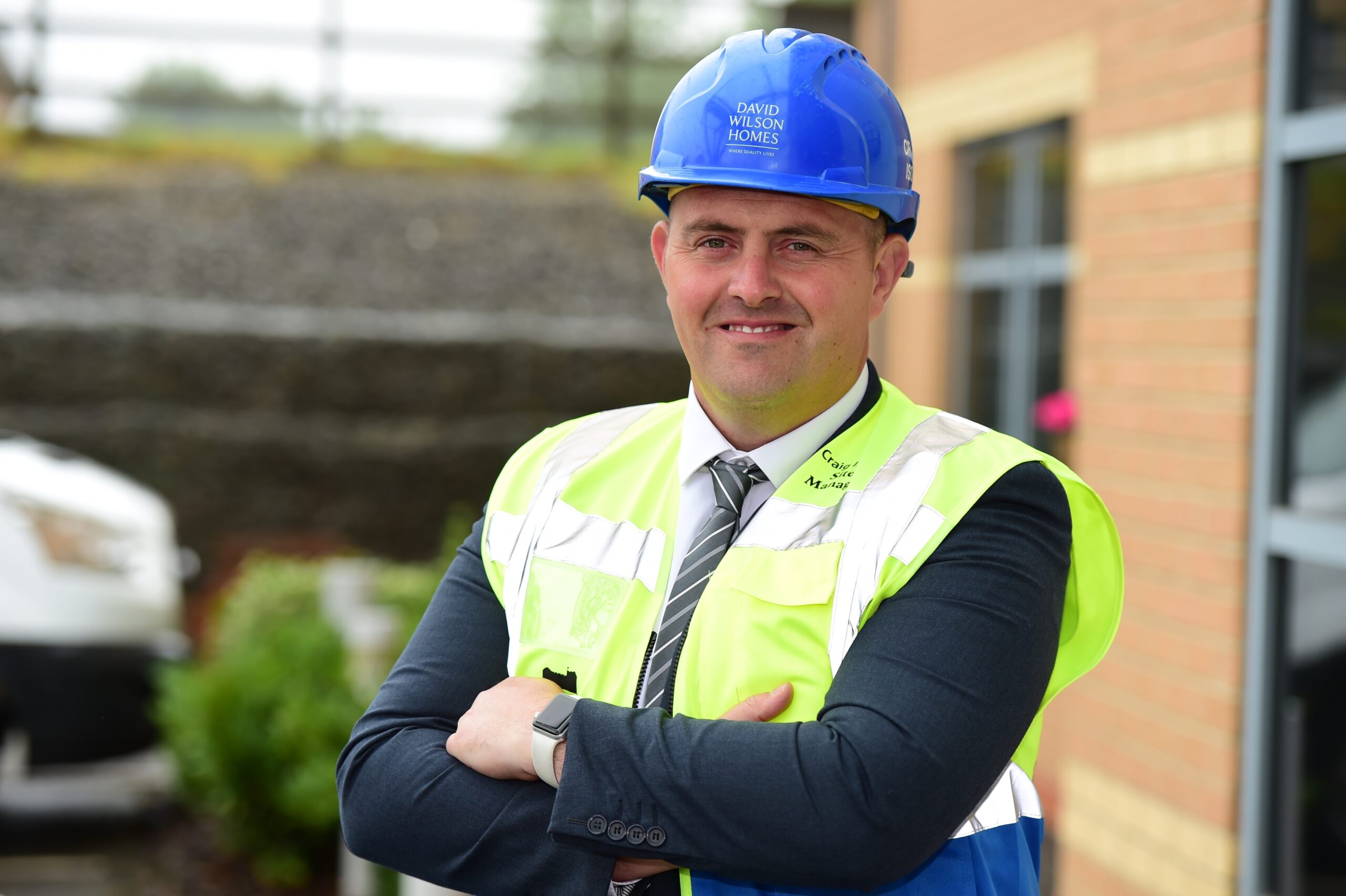 SITE MANAGER SEALS THE DEAL WITH RECOGNITION FOR EXCELLENCE IN TAMWORTH

Posted on November 6, 2020 Comments Off on SITE MANAGER SEALS THE DEAL WITH RECOGNITION FOR EXCELLENCE IN TAMWORTH

A David Wilson Homes Site Manager in Tamworth has been recognised for his construction excellence after winning a prestigious Seal of Excellence award in the National Housebuilding Council (NHBC) Pride in the Job awards.

Craig Ison (39), from Nuneaton, has earned the esteemed accolade for the exemplary standards he sets at his development Dunstall Park on Ventura Park Road.

Having won his very first Pride in the Job Quality award earlier in the year, the Seal of Excellence completes a fantastic year of personal achievements for Craig, in his 12th year with the leading developer.

He said: “I was so happy to win the Quality award and it’s been unbelievable to win the Seal of Excellence on top of that. It’s been like a fairy tale!

“This is a fantastic achievement and to be recognised in the top 2% of Site Managers in the UK is an honour.

“I’d like to thank Tom Boam (Assistant Site Manager), James Starr (Trainee Assistant Manager) and Ian Bentley (Contracts Manager). Without these guys and their support on a daily basis, we wouldn’t be talking about this achievement.

“The ongoing support and advice from Darren Langton (Construction Director) and John Reddington (Managing Director) is also most appreciated, as well as our colleagues of all trades for their efforts and hard work onsite.”

Whilst the Seal of Excellence is the highest industry accolade a Site Manager can achieve, Craig added the award has given his team even more drive to maintain the high standards set at Dunstall Park.

Celebrating a 40th anniversary this year, the Pride in the Job awards – considered to be the “Oscars of the housebuilding industry” – recognise the best run sites in the country.

Each Site Manager is judged on a range of key criteria including health and safety, their technical knowledge, customer service and attention to detail.

John Reddington, Managing Director at David Wilson Homes East Midlands, said: “We’re thrilled for Craig following his Seal of Excellence recognition and the award is a credit to his hard work at Dunstall Park.”

“At David Wilson Homes, we pride ourselves on our high standards of housebuilding but this applies to our staff as well, who we work with very closely.

“By employing excellent team players we can ensure that our trademark high quality is maintained across all of our sites and Craig is certainly no exception here.”

There is currently a selection of three and four bedroom homes available at Dunstall Park, with prices starting from £304,995.

For more information on the properties available, call the David Wilson Homes sales team on 033 3355 8483 to book a phone appointment or visit www.dwh.co.uk/new-homes/staffordshire/h778801-dunstall-park/.