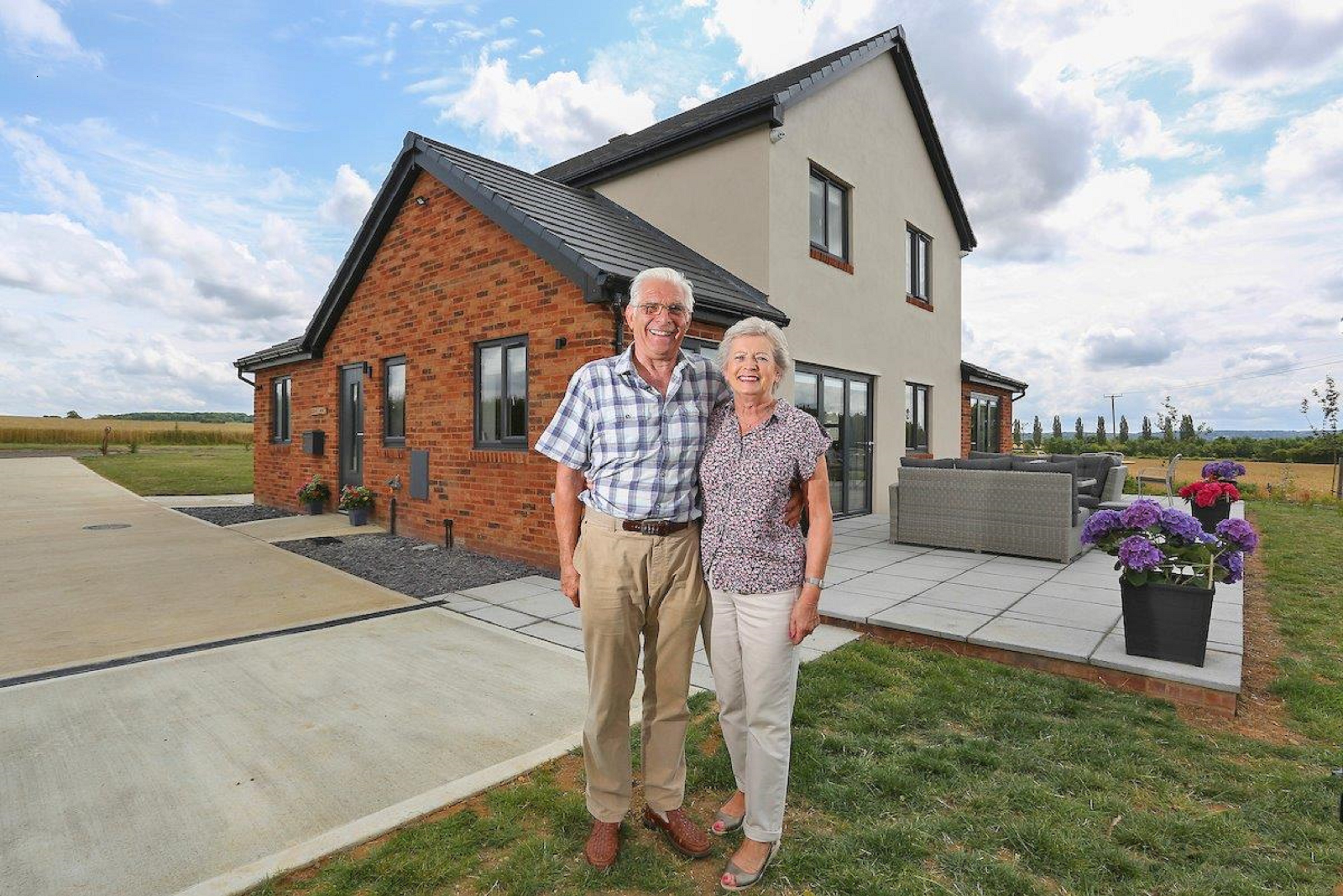 Posted on August 7, 2019 Comments Off on Roofing Legacy Continues

A lady with concrete roof tile manufacturing in her blood is relishing a new roof!

The daughter of the founder of what eventually became the hugely successful roof tile manufacturer Russell Roof Tiles is enjoying a new dream roof – thanks to the firm.

The Annandale Tile Company, which became Russell Roof Tiles, was founded by John Gibson, with the purchase of 11 acres in Lochmaben in Scotland 1965. The Gibsons were a family of roofers, dating back 120 years.

John’s daughter Mary shared his dream worked closely with him for many years until his sudden death at just 57. The initial tile factory started in May 1965, had only one production line, only producing 2000 tiles per day, all stacked by hand. Today John Gibson’s legacy, Russell Roof Tiles is one of the largest independent concrete roof tile manufacturers in the UK with a turnover of over £30m.

As the company was about to celebrate its half century, Mary and her husband Paul (a retired farmer) who live near Milton Keynes met Russell Roof Tiles Managing Director Andrew Hayward, enabling him to understand the history and heritage of the company. This legacy continues today.

When Mary and Paul were designing a new 4 bedroomed self build property, they were offered the opportunity to specify Russell Roof Tiles. They chose, thinner leading-edge Lothian tiles in Slate Grey and were delighted that the dream of living in a house with tiles from the company founded by her father, has finally come to fruition.

Mary comments “From the Company’s humble begins, I am proud to say that John Gibson would have been more than delighted, knowing the great success Russell Roof Tiles are today. I would like to take this opportunity to sincerely thank Juan, Andrew, Bruce and all the staff at Russell Roof Tiles, for all their support and kindness, and know that they will continue to produce the best concrete roof tiles well into the future.”

Andrew Hayward Managing Director at Russell Roof Tiles adds: “As we were planning our 50th anniversary celebrations back in 2015 we were delighted to have the opportunity to meet Mary and learn more about the early beginnings of her father’s company. Mary helped us source some fantastic original photos of manufacturing on our Lochmaben site. We keep in touch and she continues to have a keen interest in the business today – so we’re delighted that her new home now features Russell Roof Tiles.”