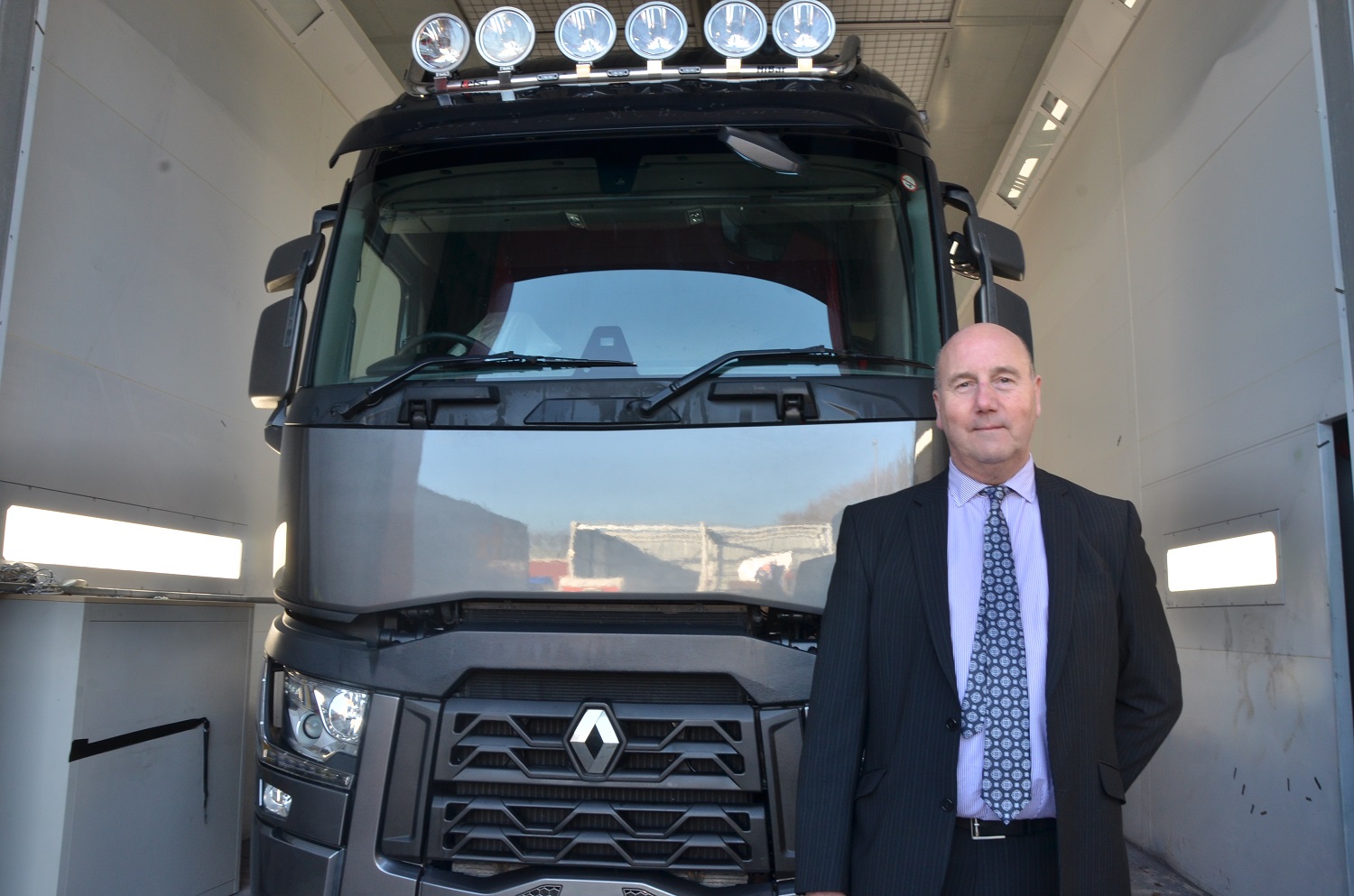 Posted on December 15, 2020 Comments Off on RHCV Welcomes RTUK Executive to its Nottingham Team

RHCV has welcomed Peter Jukes previously Regional Parts and Service Business Manager at Renault Trucks UK (RTUK).  He has been appointed as RHCV’s new Bodyshop and Parts Sales Manager, based at its HQ on Blenheim Industrial Estate in Bulwell (Nottingham). He joins as part of RHCV’s wider investment in its parts and bodyshop operation.

He began his career in the workshop before moving into aftersales management. Peter has previously worked for both Renault Trucks and Isuzu Trucks and joins RHCV with a great understanding of the commercial vehicle industry. Peter is also an associate member of the Institute of Motor Industry (AMIMI).

RHCV’s bodyshop is also being invested in as part of strategic plans to successfully grow and enhance the aftersales services. An extensive refurbishment of the bodyshop will begin in December, in time for a January opening.  Once the work is complete, the bodyshop will be used to prepare vehicles before they are moved into the spray booth to be painted, something which is currently being undertaken externally. The site investment will be pivotal in improving customer experience by providing a ‘one stop shop’ for aftersales service for customers.

Alongside its head office in Nottingham, RHCV also has three additional sites across the East Midlands in Leicester, Alfreton and Northampton and specialises in sales, servicing and repair, and parts sales for heavy and light commercial vehicles.

Peter has two colleagues set to join the bodyshop team in November, Craig Pearce, and Tim Smith. Craig previously worked at Silverstone, painting Formula 1 cars and Tim joins RHCV following his career with Nationwide Accident Repairs. Both will be valuable assets to the team and help ensure RHCV continues to offer its customers a high-quality service.

During his role as Parts and Service Business Manager at Renault Trucks, Peter became responsible for aftersales support for RHCV in 2012. Having worked with the team since then, Peter had a great understanding of the business and its company values, as well as a trusted relationship with the directors and team at RHCV.

Peter comments: “RHCV is known as an outstanding dealership amongst the Renault Trucks team, so I am thrilled to have joined them personally. They are always prepared to invest where necessary to drive the business forward and not only do they offer an excellent service to their customers, but they also go the extra mile to ensure that the staff are happy as well.

“This is an exciting new position for me, that will allow me to combine the skills I have learned throughout my career, to propel RHCV’s bodyshop and parts department forward. The business has some ambitious growth plans and I am thrilled to be a part of those.”

Nigel Baxter, Managing Director at RHCV said: “We have worked with Peter for a number of years and recognise that he has the experience and dedication to drive forward the successful growth of our bodyshop and parts department. We are looking forward to working with him for more years to come.”

RHCV has been selling, leasing, servicing and repairing heavy (HGV) and light commercial (LCV) vehicles across the East Midlands for four decades.  The company employs 140 staff across its four sites in the East Midlands.