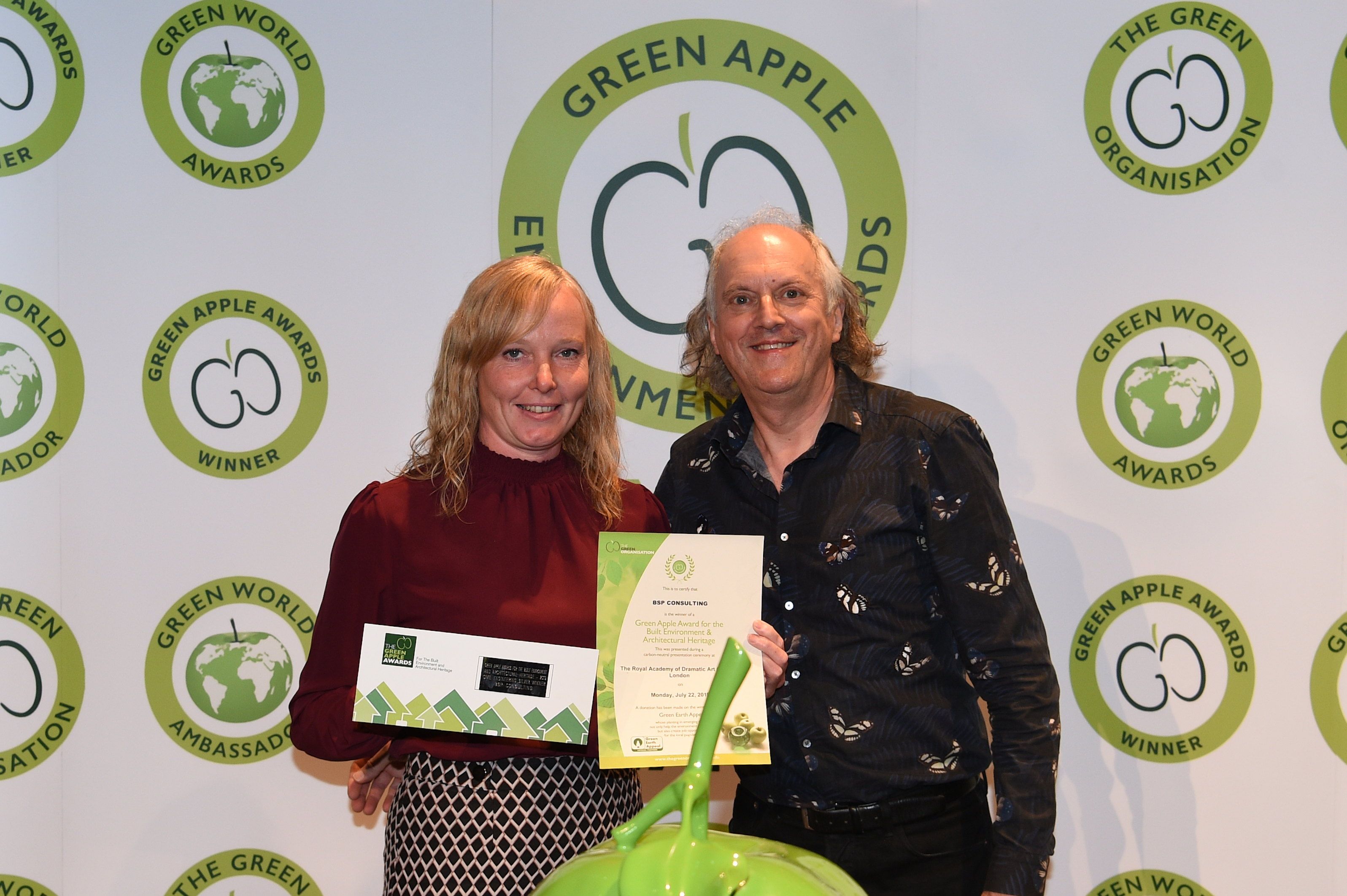 The Green Apple Environment Awards recognise, reward and promote environmental best practice around the world. Launched in 1994 by The Green Organisation, they have become well established as one of the most popular environmental campaigns in the world.

BSP Consulting has been presented with a Green Apple Award for the Built Environment and Architectural Heritage, achieving a civil engineering silver award, for the exciting and educational Sustainable Drainage System (SuDS) the company installed at Birkett House School.

The SuDS scheme includes a drainage system, play gardens, a wetland site and wildflower grassland at the Wigston school, which caters for pupils with special educational needs.

BSP Consulting business development director Jef Todd said: “We are so proud to have been awarded a Green Apple Award – one of the most high profile environmental awards in existence. The Learning with Water: SuDS at Birkett House School is a truly inspiring and educational drainage scheme, which has provided a safe, life-enhancing outdoor educational facility for pupils, while at the same time has created a sustainable, extensive and effective drainage system for the new school buildings and site.

“It’s an honour for BSP Consulting and the rest of the team that the project has now been given a Green Apple Award.”

BSP Consulting, which is based in Nottingham and has offices in Leicester, Derby and Sheffield, was the main designer for the drainage and worked closely with Nottingham company DSA Environment + Design. The firm used its engineering and drainage expertise to transform the DSA vision of a biodiverse, learning space focused around water into a viable, effective and impressive sustainable drainage infrastructure scheme.

Other members of the team involved in the Birkett House School project for Leicestershire County Council included Willmott Dixon and A+G Architects.

As well as creating an effective, attractive, low-cost maintenance sustainable drainage system of non-foul water for the new school, it was also designed to become a fundamental part of the educational experience of the school’s pupils. The aim was to get water right into the heart of the children’s daily life – providing stimulating experiences and interesting ways of learning about the environment, nature, science and other subjects.

The Green Apple Award was presented to BSP Consulting during a carbon neutral presentation ceremony at the Royal Academy of Dramatic Art (RADA) in London. A donation was made on behalf of BSP Consulting to the Green Earth Appeal whose planting in emerging nations not only helps the environment and wildlife, but also creates job opportunities for the local populations.

BSP Consulting, based at Oxford Street, Nottingham, was founded in 1999 and is this year marking its 20th anniversary.

It is one of the largest independent civil and structural engineering firms in the East Midlands, providing a comprehensive range of consultancy services in civil, structural, geotechnical, transportation and environmental engineering to all sectors of the construction community, from architects, project managers and contractors to developers and estate agents.