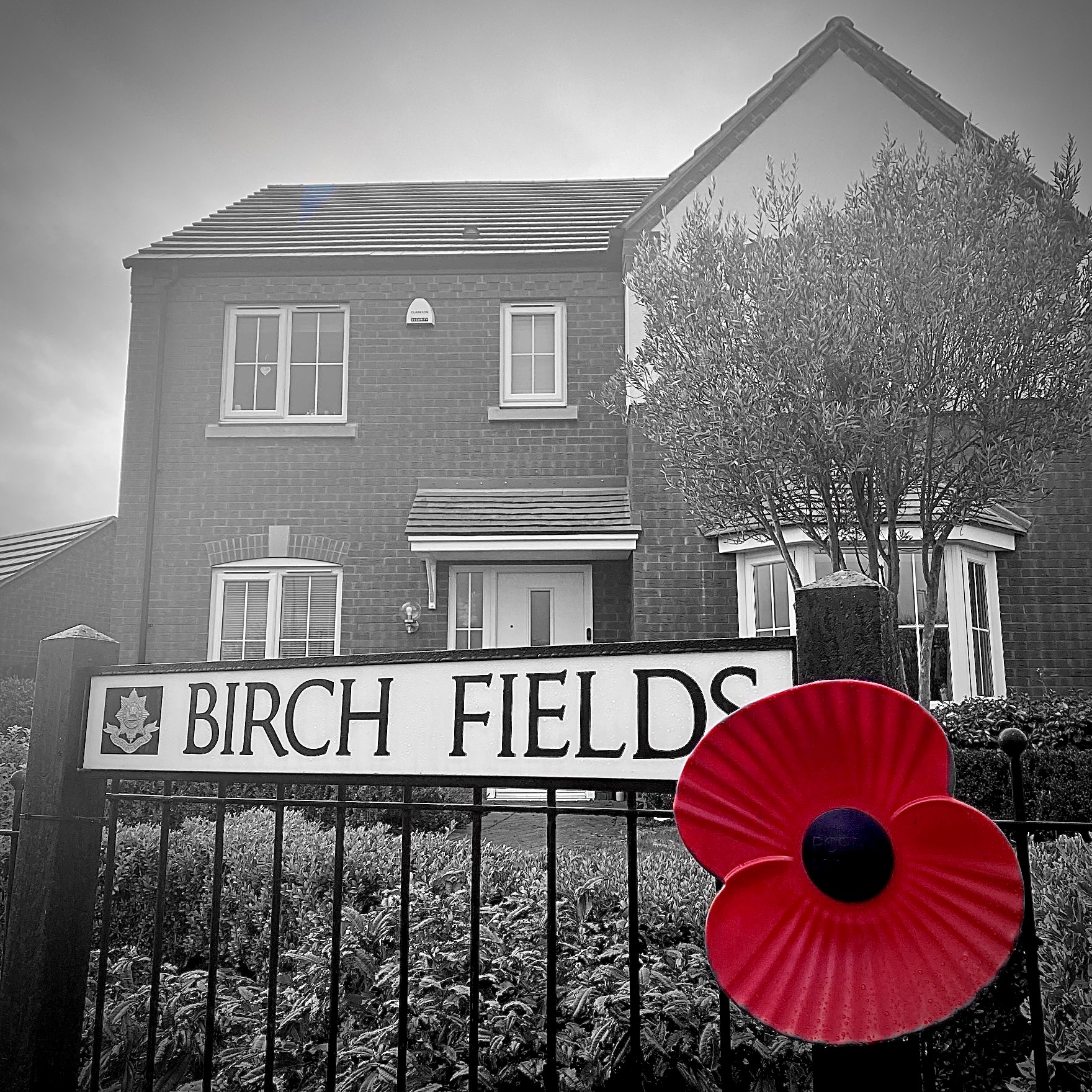 Street signs named after World War I servicemen at a new housing development in Evesham have been decorated with poppies.

Bellway South Midlands, which is building new homes at Merry Brook Park, off Pershore Road, Hampton, has supplied decorative poppies to all of the road signs at completed streets across the development to mark Armistice Day on Wednesday 11 November.

The roads have been named in honour of the sacrifice local people made during the First World War, with many named after servicemen listed at the War Memorial in Hampton, which remembers those who lost their lives during the war.

Deb Sollis, who is a Corporate Database Officer at Wychavon District Council, is part of a team which oversees the numbering and naming of roads across the Wychavon district.

She said: “It was very nice that Bellway offered to supply these poppies as part of our annual Armistice Day project.

“Poppies are displayed around the town each year to help people remember those who fought for us, and to signify hope for a peaceful future. It is a really kind act from Bellway.”

Head of Sales for Bellway South Midlands, Elaine Brown, said: “As a housebuilder, we are committed to supporting good causes where we are building new homes.

“We hope that the poppies will help residents and visitors at Merry Brook Park to reflect, give thanks, and remember those who fought and died.”

More information about the new homes at Merry Brook Park is available by calling the sales team on 01386 306283 or visiting bellway.co.uk.