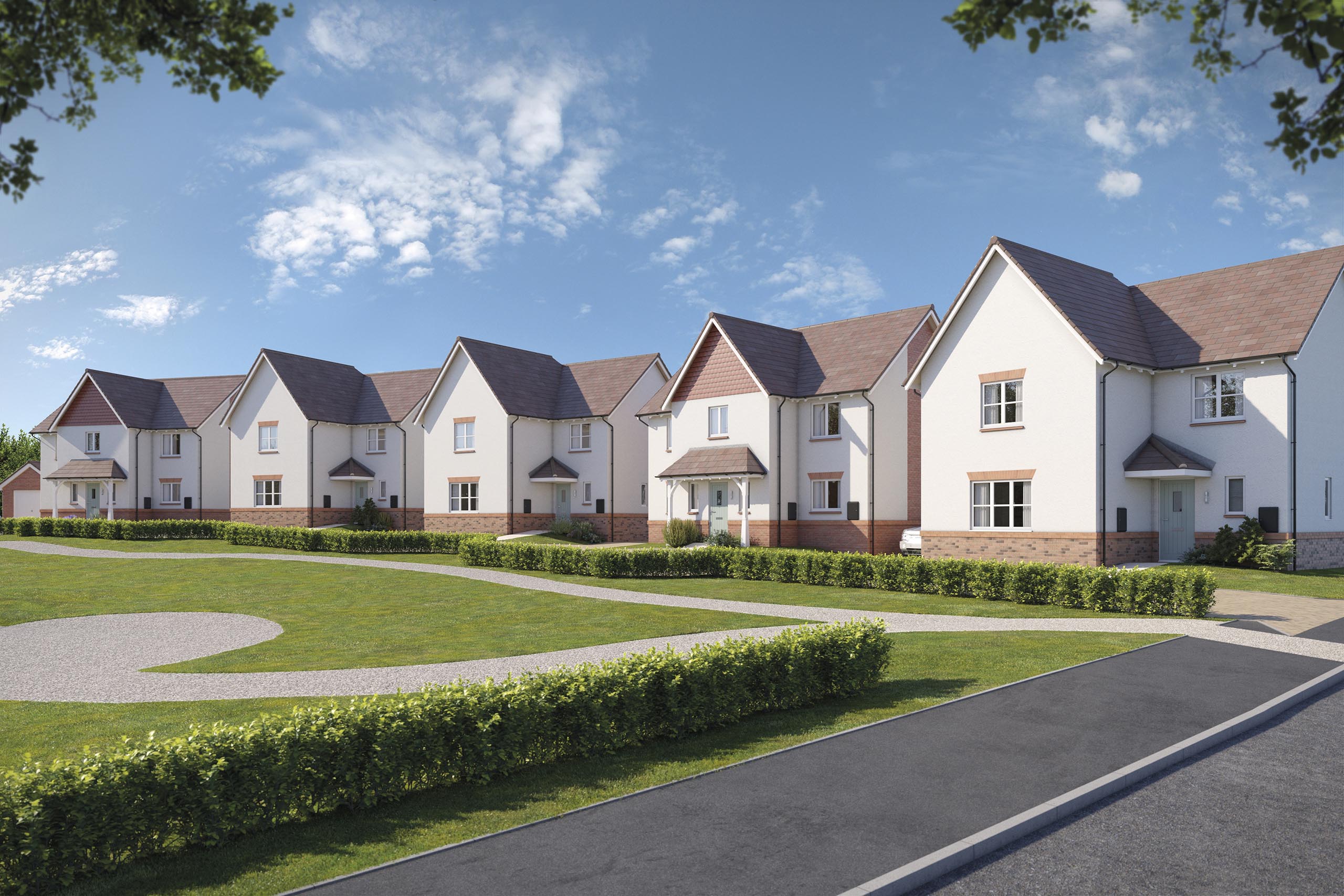 Posted on January 20, 2021 Comments Off on First homes start to take shape at new housing development in Plasdŵr

Construction work at a new housing development in Plasdŵr is progressing well, with the first residents due to move in this spring.

Five-star developer Bellway Wales is building 120 new homes at Rhiwlas at Plasdŵr, including 18 affordable properties for local people. The homes being built for private sale consist of two, three and four-bedroom designs.

The first houses are taking shape, with roofs now on the first plots.  Show homes are expected to open at the development early this year, with the first residents expected to move into their new homes in March. Construction on the site is scheduled to continue until early 2023.

Rhiwlas is a development of new homes near Radyr, which forms part of Plasdŵr, an emerging, sustainable countryside community extending over 900 acres in north-west Cardiff.

Plasdŵr is Cardiff’s ‘garden city for the 21st century’. Up to 7,000 new homes are being built over a 20+-year period on a 900-acre site, which will also include shops, offices, four schools, pubs, restaurants, health centres and a leisure centre. Around 40% of Plasdŵr will be green space, including heritage woodland, sports pitches and play areas.

The new Bellway homes are being built on a 13-acre piece of land within Plasdŵr’s Maesllech neighbourhood to the north of the new garden city, with public open space and a children’s play area also being provided as part of the scheme.

Bellway retained its five-star rating from the Home Builders Federation (HBF) in 2020, which means that more than 90 per cent of customers would recommend the housebuilder to friends or family.

Sales Manager for Bellway Wales, Daniel Shone, said: “We are very much looking forward to helping our first residents move in at Rhiwlas at Plasdŵr, and we’re very pleased to be one of the leading housebuilders providing new homes in this attractive and ambitious new community.

“There is a huge demand for homes in the area, and Plasdŵr is becoming a popular place to live. Rhiwlas also benefits from close proximity to the village of Radyr, a picturesque and leafy community which is one of Cardiff’s most sought-after and affluent areas.

“Rhiwlas is also a very well-connected site. It’s just four miles north-west of Cardiff, and less than a 10-minute drive from the M4, for quick links to Swansea, Newport and Bristol.

“The homes we are building at Rhiwlas come in three different styles – ‘classic’, ‘traditional’ and ‘contemporary’, giving people more of a selection when buying a home at the development.

“Rhiwlas is a very friendly development for first-time buyers, with a range of two and three-bedroom homes available, as well as families looking for a new four-bedroom house designed with space and home working in mind.

“Most of the homes on site come with garages, and houses without a garage will have a bike shed for extra storage space.

“Anyone hoping to secure one of the first homes at the site should get in touch with our sales team for more information.”

For more information on the new homes at Rhiwlas at Plasdŵr, visit bellway.co.uk or call the sales team on 0292 060 8479.