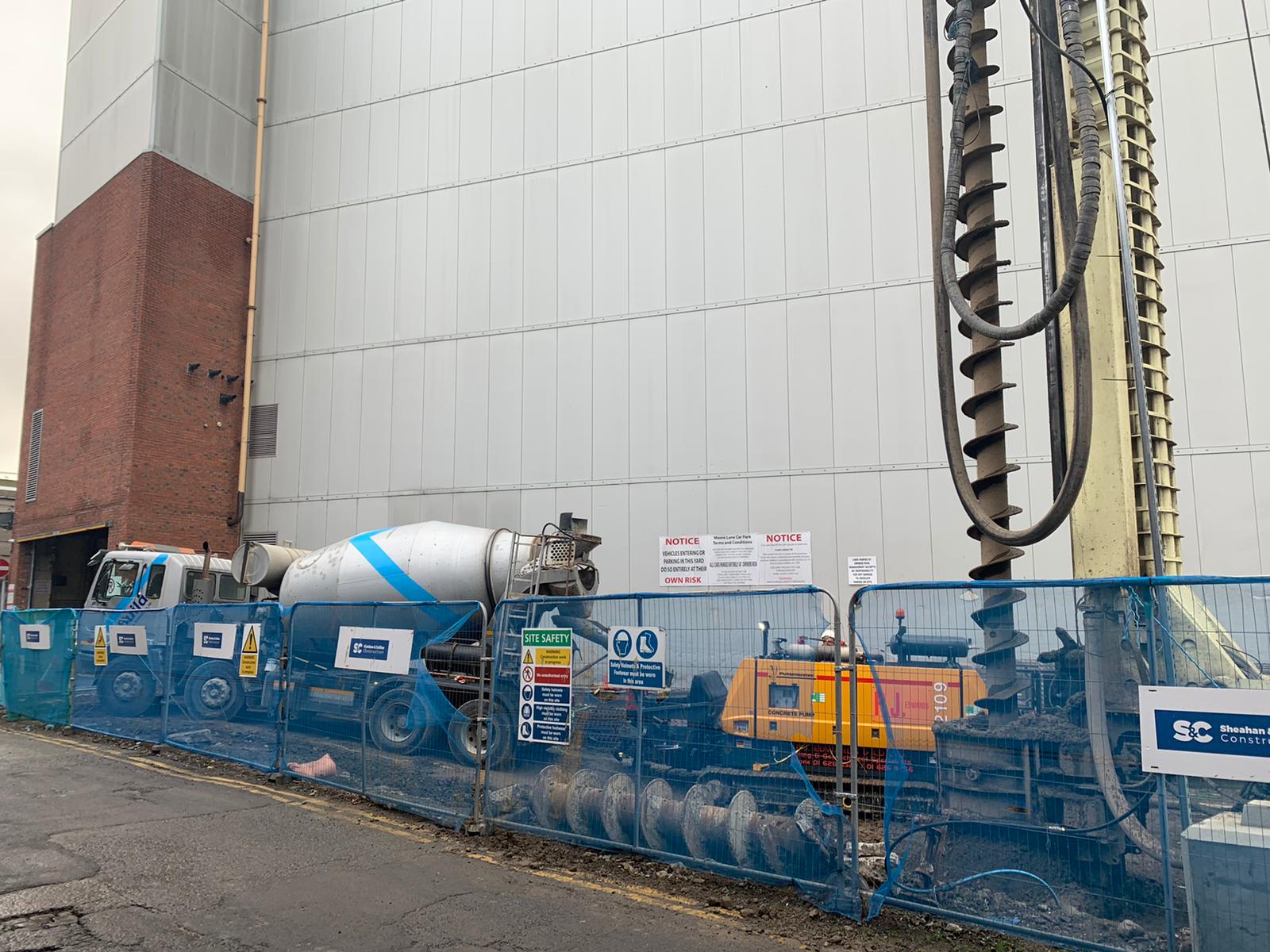 Building works have commenced on the site of Point A’s latest boutique hotel that is being built in Dublin. The Point A brand is owned by a joint venture partnership of the Queensway Group and the Wellcome Trust, long standing clients of Morrison Design Architects based in Derby.

Morrison Design has been involved right from project inception and created all architectural design drawings that were submitted for planning applications. Working with Queensway, we have helped to obtain planning approval and successfully overcame a number of planning objections related to the history of the site. Approval to go ahead with the hotel was finally granted in 2018.

Contractors from Sheehan & Collins Construction moved on to the site in October 2019 to carry out excavation works to create the hotel basement and insert pilings – deep vertical columns of concrete – which will support the foundations of the seven storey building. Building works for this 141 bedroom hotel are scheduled to complete in February 2021.

The Queensway Group launched the Point A brand in 2017, and opened brand new hotels in Glasgow and Shoreditch, followed by a further five London-based hotels that were previously part of The Tune Hotels portfolio. These hotels were refurbished and rebranded as Point A.

Point A now operates ten hotels in total, seven in London and two hotels in Scotland which are located in Edinburgh and Glasgow. The new hotel in Dublin will become Point A’s tenth hotel and is the first of hopefully many hotels planned for the City.

The Point A brand positioning is to offer a cosy and comfortable hotel rooms in the heart of a big city at an affordable price.