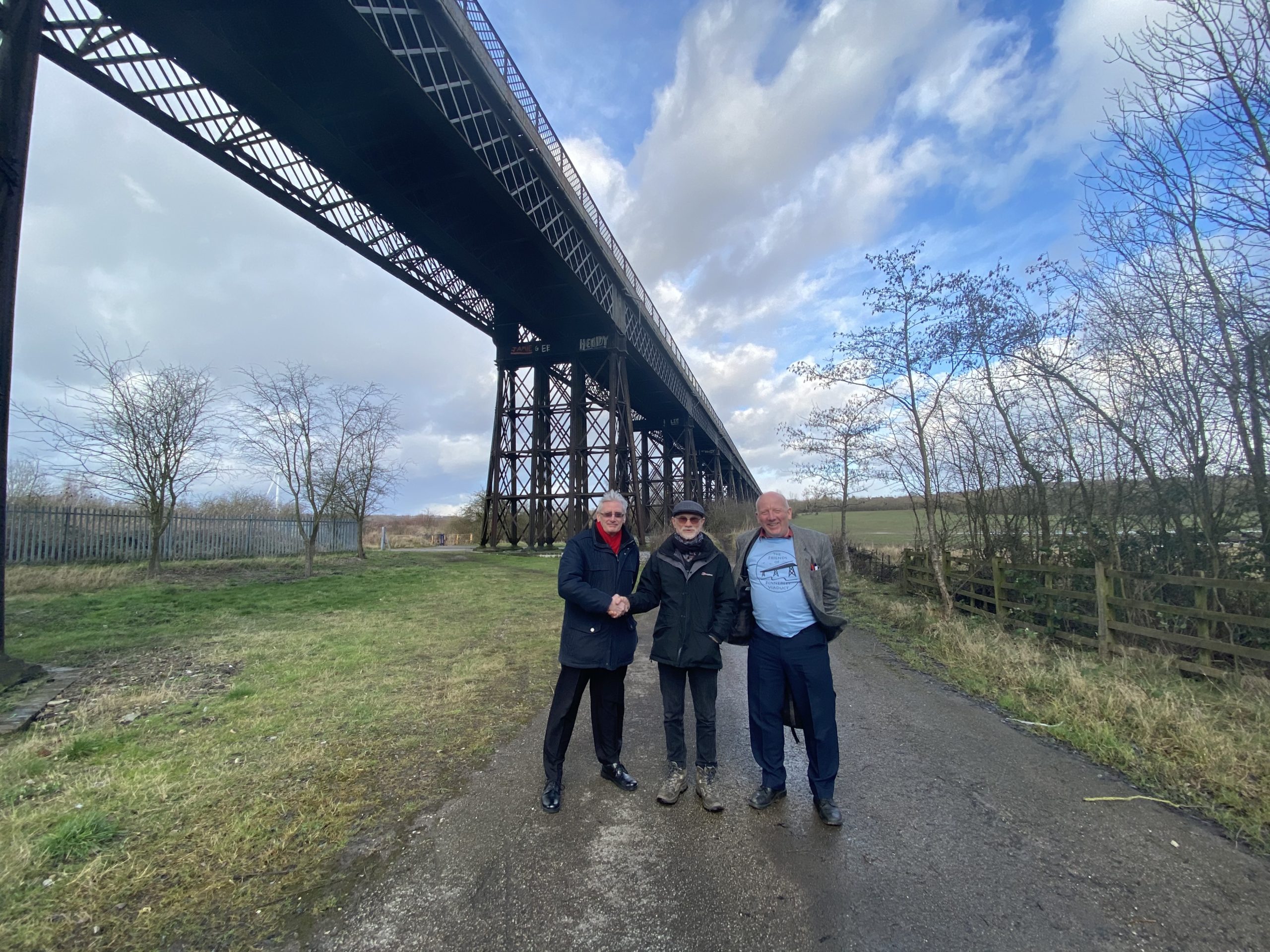 Posted on February 18, 2020 Comments Off on Partnership’s office for charity boosts bid to revive ‘iron giant’ for public benefit

REGENERATION agency Erewash Partnership has helped a voluntary group to keep plans on track for turning the disused Bennerley Viaduct at Ilkeston into a visitor attraction.

The Friends of Bennerley Viaduct charity has taken on an office at the Partnership’s Castledine House business centre on Heanor Road, Ilkeston.

The Partnership has agreed to an 18-month lease on special terms because of the impact of preserving the ancient railway viaduct and adding it to local cycling paths.

It is the first time that the Friends will have had an office base since setting up five years ago.

The Grade II* structure was recently given international recognition by inclusion in the 2020 World Monuments Watch list. It was one of 25 projects selected from 250 and the only one chosen in the UK.

Opened in 1878 by the Great Northern Railway over the Erewash Valley from Ilkeston to Awsworth, it is an outstanding example of Victorian railway architecture, surviving almost unaltered. At more than a quarter of a mile it is the longest wrought-iron structure in the country and a landmark visible for miles.

Fifty years after it closed to rail traffic the Friends are working with the owners, Railway Paths, to bring the viaduct back into use as a spectacular way over the valley for walkers and cyclists.

Railway Paths has been granted almost £100,000 from the National Lottery Heritage Fund to do critical repair work and the project,has been approved by both Erewash and Broxtowe Borough Councils. Other major funders to the project, costing almost £1m, include the Railway Heritage Trust and Historic England. It is hoped to open the viaduct this year.

Jeff Wynch, chair of the Friends, is delighted at the office venture.

“It will mean that we have a base for meetings and somewhere to host possible funders,” he said.

“It also gives us the facility to produce our own leaflets, and educational materials. We will also be able to properly manage our membership site and volunteer programme.

“Getting this office is a milestone in our development and the work to turn the viaduct into a visitor attraction for cyclists, walkers, railway and industrial heritage enthusiasts, and people interested in the natural environment which has re-established itself over the last few decades.

“We are grateful to the Partnership for their enthusiastic help in providing this office. We will also benefit from the professional business culture at Castledine House.”

Partnership chief executive Ian Viles said: “We are happy to help the Friends in their mission to bring this sleeping ‘iron giant’ back to life as a walk and cycle path that will be of great benefit to the community.

“As well as supporting businesses to start up and prosper the Partnership has long given vital backing to projects that help the wider community.”