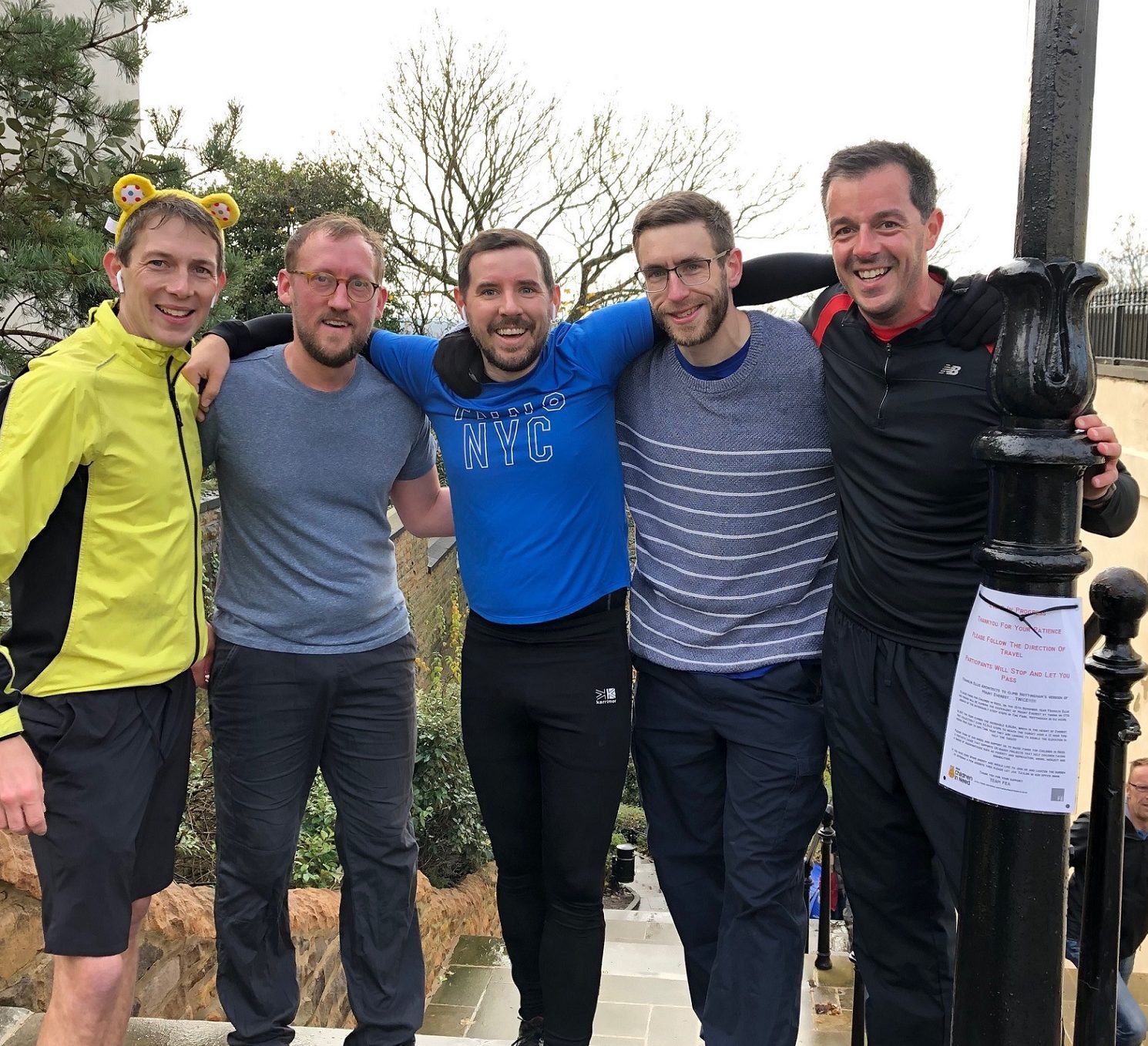 Posted on November 22, 2019 Comments Off on Nottingham firms climb double the height of Everest for BBC Children in Need

Nottingham businesses joined forces last week to complete a gruelling climb of the renowned steps in The Park Estate, to raise over £2,000 for BBC Children in Need.

The challenge, organised by Nottingham-based Franklin Ellis Architects, was to collectively climb twice the equivalent height of Mount Everest – a staggering 17,696 metres – by taking on 1,770 ascents of the notoriously steep steps in The Park in just six hours, doubling the target of the team’s first successful event in 2017 and completing it in half the time.

More than 100 people took part in the challenge from over 15 different companies, with participants smashing the target and completing 2,015 ascents – totalling an impressive 207,545 steps climbed.

Joe Taylor, partner at Franklin Ellis Architects, was the official organiser of the expedition and completed a total of 122 ascents of the steps on the day.

He said: “It was a terrific effort from everyone involved and wonderful to see so many people taking part to raise funds for BBC Children in Need. It’s an extremely tough challenge and we set our sights high this time around by doubling our 2017 target and smashing it in half the time – legs may be aching for some time yet!

“We’re hugely grateful to everyone who helped us to organise this event and a big thank you to all those who have taken part and donated. It’s fantastic to hold events like this where people can come together and raise money for vital causes such as BBC Children in Need.”

Elizabeth Woodham, head of fundraising at BBC Children in Need commented: “We are hugely grateful to fundraisers like Franklin Ellis Architects whose efforts will go on to make a positive impact on the lives of disadvantaged children and young people across the UK. Thank you to everyone involved.”

All of the funds raised will go to BBC Children in Need which supports UK charities that help disadvantaged children who are struggling with a range of issues including poverty, abuse, neglect and disabilities.

Franklin Ellis Architects, which celebrated 25 years of business last year, has offices in Nottingham and Leicester and has worked on a number of high-profile schemes throughout the Midlands and nationwide.