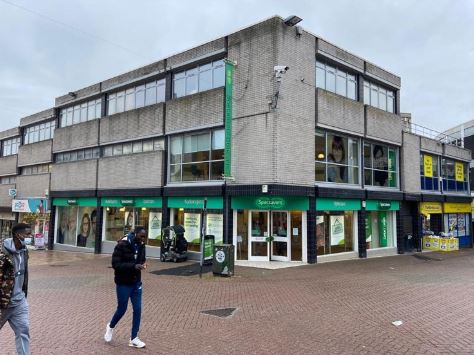 GAPE Equity Limited, a subsidiary of ALB, which has previously been involved in the regeneration of various urban buildings in and around the Midlands and the north, acquired Moxon Island at the apex of Piccadilly Street and Stafford Street in early October for an undisclosed fee – and Arran Bailey, ALB Managing Director, is clearly excited by the commercial potential of the property.

He said: “This is a fantastic investment for us. It occupies a key retail position in the centre of Hanley, right at the junction of several important shopping thoroughfares and it has plenty of well-established commercial tenants already in situ.”

They include The Works Bookstore, Specsavers, Forbidden Planet, Schuropody, Central Store Newsagents, Rowfers and the PDSA. Only two of the ground floor units remain vacant but according to Arran, that may not be the case for much longer.

He said: “There are going to be some exciting new tenants for the vacant units but we can’t go into details about that quite yet.

“In the meantime, I simply want to say that we’re delighted to have acquired this landmark building and to be in a position to consolidate its role as a key commercial hub for Hanley and its residents.”

To find out more, visit www.albinvestments.co.uk.