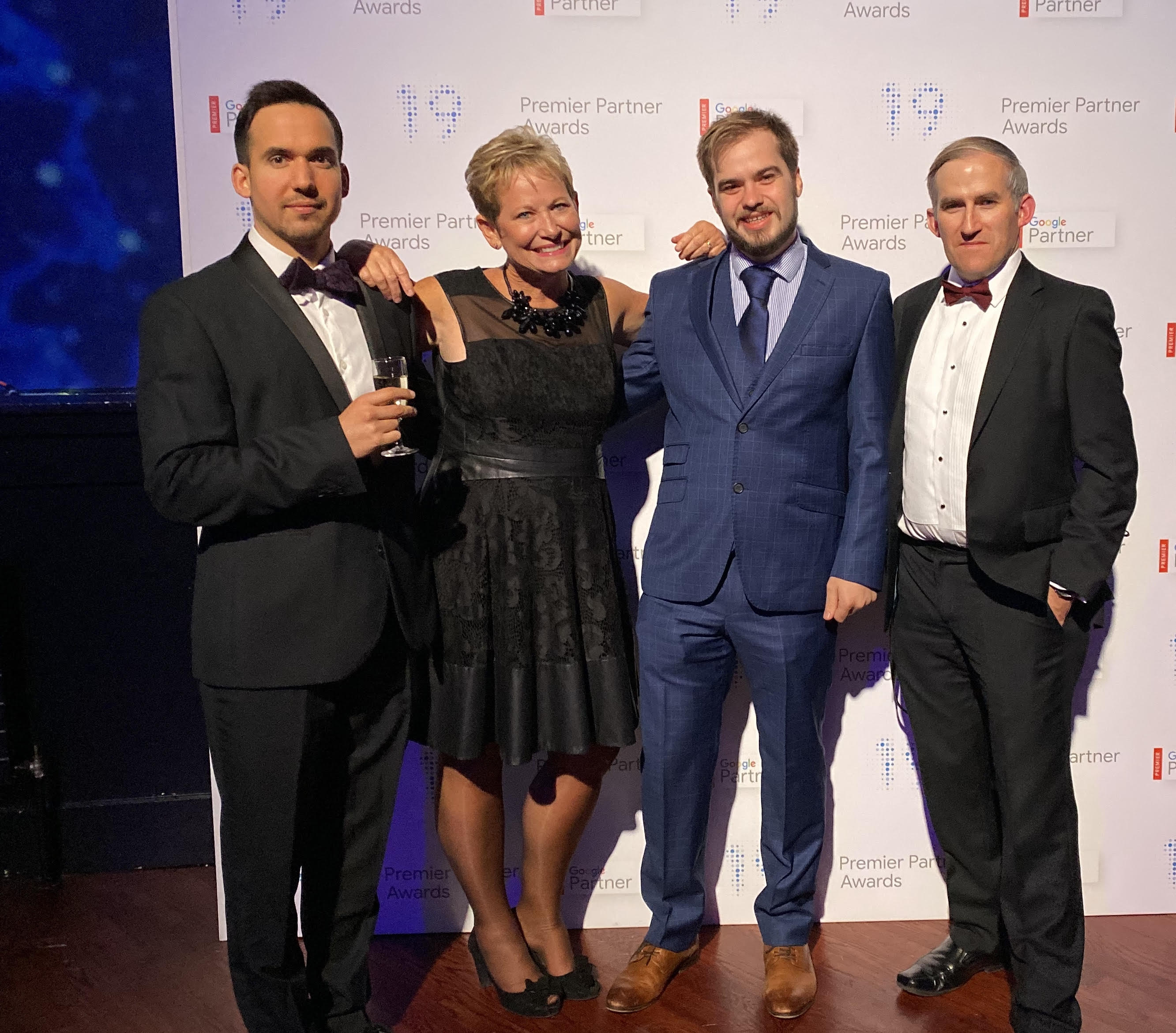 Posted on October 4, 2019 Comments Off on Nottingham agency named as Google’s top digital agency in Europe, Middle East, and Africa

100 top-performing agencies representing the top 5% Google Premier Partner agencies from more than 21 countries were competing for six awards at the ceremony in Dublin, held 1 October.

Hallam won the Growing Businesses Online prize which is awarded to the agency who demonstrates unrivalled expertise in business growth online. The company beat 35 other top agencies for the honour.

In particular, the award recognises Hallam’s work in fostering a culture of excellence in the company, its consultants’ strategic use of technology and automation solutions to deliver scale and drive success for its customers, and driving impact for its customers.

Talking of the award, Susan Hallam, Founder and CEO, said “I am proud to say that Nottingham is now the home of the number one digital marketing agency not only in the UK, but across Europe, Middle East, and Africa. We are thrilled to receive this accolade from such a prestigious organisation as Google. We pride ourselves on our ability to deliver demonstrable value for our clients, and it is great to see team Hallam recognised for their hard work.

“I would also like to congratulate two other local agencies who were in the running, Purpose Media and Impression.”

The Google Premier Partner Awards are exclusively open for a selected number of digital marketing agencies. To become a Premier Partner, agencies need to meet certain standards by passing a series of exams in which they demonstrate their skills in using different Google advertising products.

This award comes hot on the heels of Hallam being awarded The Drum’s Grand Prix Digital Marketing Agency of the Year.