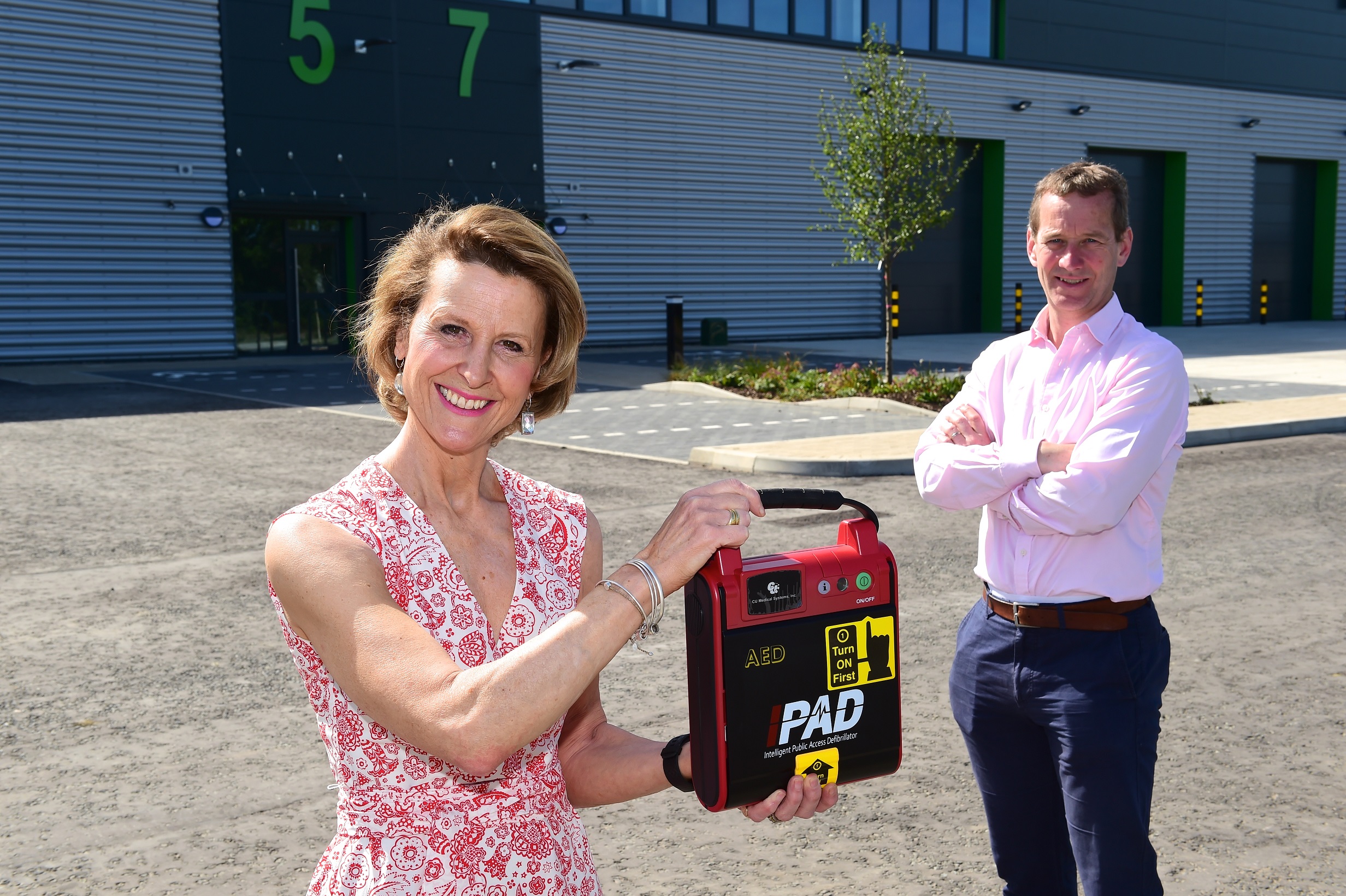 Posted on June 22, 2020 Comments Off on NEW LIFESAVING DEFIBRILLATOR FOR NOTTINGHAM BUSINESS PARK THANKS TO INDUSTRY FIRST PARTNERSHIP

A new defibrillator has been installed at a Nottingham business park following an industry first partnership between the site’s developer and a Midlands charity.

Businesses operating at Beeston Business Park now have access to the potentially lifesaving equipment as a result of a new collaboration between industrial developer and asset manager Chancerygate and the Henry Angell-James Memorial Trust (HAJMT).

Founded in March 2019, the trust was established in memory of Henry Angell-James who was a director of Birmingham-based industrial developer Graftongate Developments. Henry died aged 54 in October 2017 following a cardiac arrest.

Chancerygate is the first industrial developer and asset manager in the UK to commit to installing automated external defibrillators (AEDs) at all its under construction and future developments in conjunction with HAJMT.

The new AED is registered with The Circuit, the national defibrillator network, which is connected to every ambulance service in the UK and allows them to direct bystanders to the nearest defibrillator to help save lives. 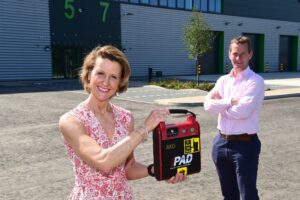 Commenting on the partnership, the trust’s founder and Henry’s wife, Sally Angell-James, said: “Chancerygate’s commitment to installing AEDs at all its under construction and future developments is an amazing boost to the trust, and will further raise its profile nationwide.

“Heart disease is the biggest killer in the UK, with around 95 per cent of cardiac arrests that happen outside hospitals proving fatal. By placing AEDs in more locations with public access, our objective is to reduce that number and save lives.

“This is further enabled by the fact that the devices being installed at Chancerygate’s developments are semi-automated, which makes them straightforward to use.”

Founded 25 years ago, Chancerygate is the UK’s largest multi-unit industrial developer and asset manager and the only one operating nationwide. The company currently has up to 2.9 million sq ft of industrial space under construction or ready for development across 24 sites ranging from Bournemouth in Dorset to Livingston, West Lothian.

Chancerygate managing director, Richard Bains, said: “We are proud to be the first industrial developer and asset manager to support the trust in this way.

“Sally is an inspiration to us all, having turned a personal tragedy into a force for positive change that will benefit people and undoubtedly save lives. We look forward to continuing to support the trust and raise awareness of Sally’s work throughout the UK.”