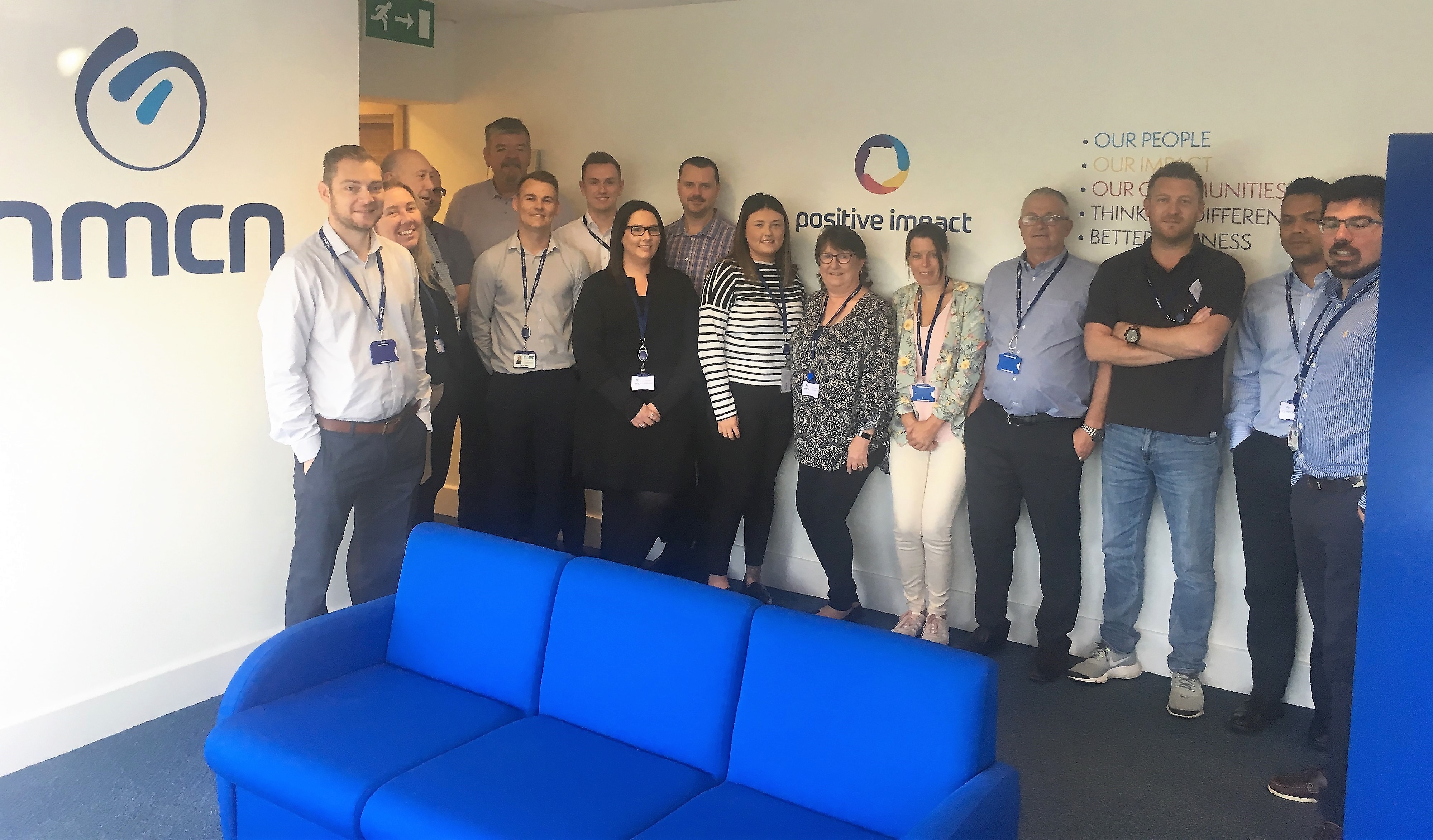 Leading UK infrastructure providers NMCN have relocated a division of their team to Cardinal Square, one of Derby’s most prominent office developments.

NMCN have taken 5,224 ft2 of office space at Cardinal Square after their previous base at contract partner Severn Trent’s Raynesway site was reclaimed by in-house operations.

The search for new office space was time sensitive and the impressive pace that the building’s owners Nurton Developments and agents Rigby & Co were able to act to facilitate the move played a major role in NMCN’s decision to relocate to Cardinal Square.

Other deciding factors were Nurton’s ability to arrange broadband connectivity within a tight timeframe, alongside the quality of the building’s planned refurbishments.

Cardinal Square occupies a prime location fronting Derby’s Ring Road and the A52. The  113,000 ft2 of office space comprises of four inter-connecting blocks arranged across four and five floors that look across the building’s hidden landscaped garden.

The building is currently subject of a major refurbishment programme by owners Nurton Developments to provide upgraded services and facilities.

The ground floor of the building’s West Point has recently been the subject of a refurbishment programme to create Cardinal Business Centre, 4,500 ft2 of serviced office accommodation.

Following the successful letting of Phase 1, a further 4,500 ft2 of serviced office accommodation has been created, 1,200 ft2 was pre-let, and a further two person letting has since completed. The remaining space is furnished and available for occupation.

Founded in 1946, NMCN is one of the UK’s leading infrastructure providers with 12 regional offices and more than 1,800 employees.

The company’s two core areas of operation are built environment and water. Their built environment developments deliver building, highway and telecoms projects which connects people and places and provides innovative spaces to live, work and travel.

NMCN operates across both clean and wastewater environments and delivers infrastructure and non-infrastructure projects for 10 of the largest national water sector companies.

Clients include Virgin Media, BT Openreach, NHS, Severn Trent, EDF Energy and IKEA. They have won numerous awards including Water Industry Contract of the Year at the Water Industry Awards and a Gold Medal at RoSPA’s (Royal Society for the Prevention of Accidents) Health and Safety Awards.

“We were really impressed with the speed at which Nurton Developments and their agents Rigby & Co responded to our enquiry and delivered exactly what we were looking for comfortably within the pressured time limit we had.

“Less than six weeks after we first viewed the space, we have moved into our new office, which is an impressive achievement.

“The first time we visited Cardinal Square, we were impressed by the professional feel of the building and the high specification of the offices and facilities, including the new reception area and break-out area.

“Location was another factor in our decision to relocate to Cardinal Square. The building is close to our previous offices at Severn Trent’s Raynesway site and the move won’t cause any disruption to our Derby team.”

“We’re pleased that we were able to find suitable space for NMCN; it was a tight timetable and required a common-sense approach.

“We allowed NMCN to fit the space out whilst the lease contract was being finalised; our internal IT resource arranged broadband connectivity and it was back to business for NMCN upon lease completion. I doubt many landlords would have been able to offer the flexibility, or run at the same pace.”

For further information about taking space at Cardinal Square, contact Russell Rigby at Rigby & Co on 01332 203377 or russellrigby@rigbyandco.com, or Tim Richardson at FHP on 01332 224857 or timr@fhp.co.uk.

To find out more about the serviced offices available at Cardinal Business Centre, contact Phil Stone on 0121 222 5000 or email philip@flexibase.com