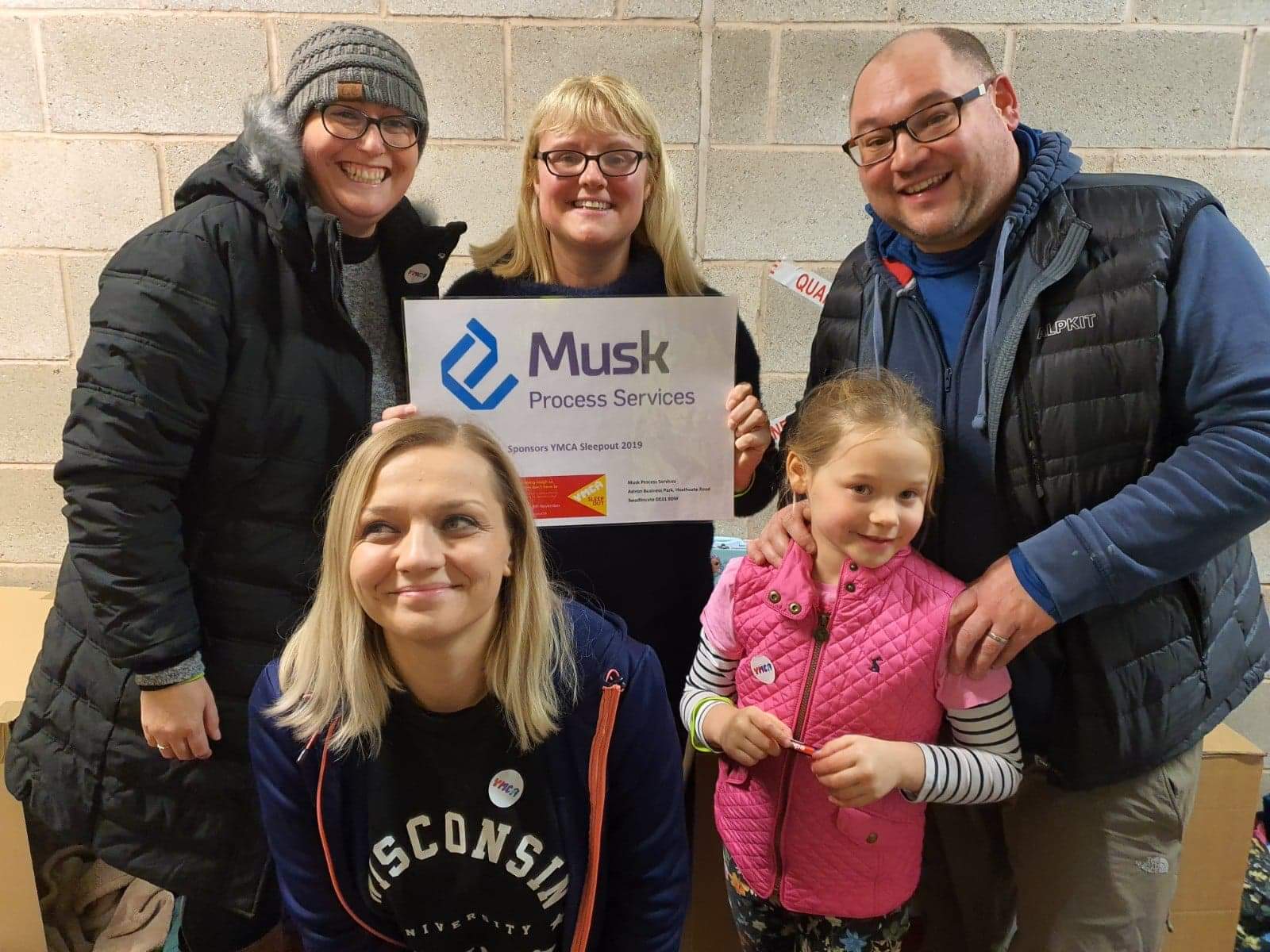 Posted on December 9, 2019 Comments Off on Musk Process Services Raise £3000 for YMCA Burton in the Annual Sleepout

The Musk Process Services team has announced it has raised £3,000 for the YMCA Burton, having participated in its annual sleepout. The donation from the Swadlincote-based business follows a brrrr-illiant evening which saw 11 team members brave the cold weather to spend the night at St Modwen’s Church graveyard and Burton Albion Football Club’s Pirelli Stadium. Despite temperatures dropping to minus one degree, the hardy team came out to raise funds for the charity which works to prevent homelessness and support people in need.