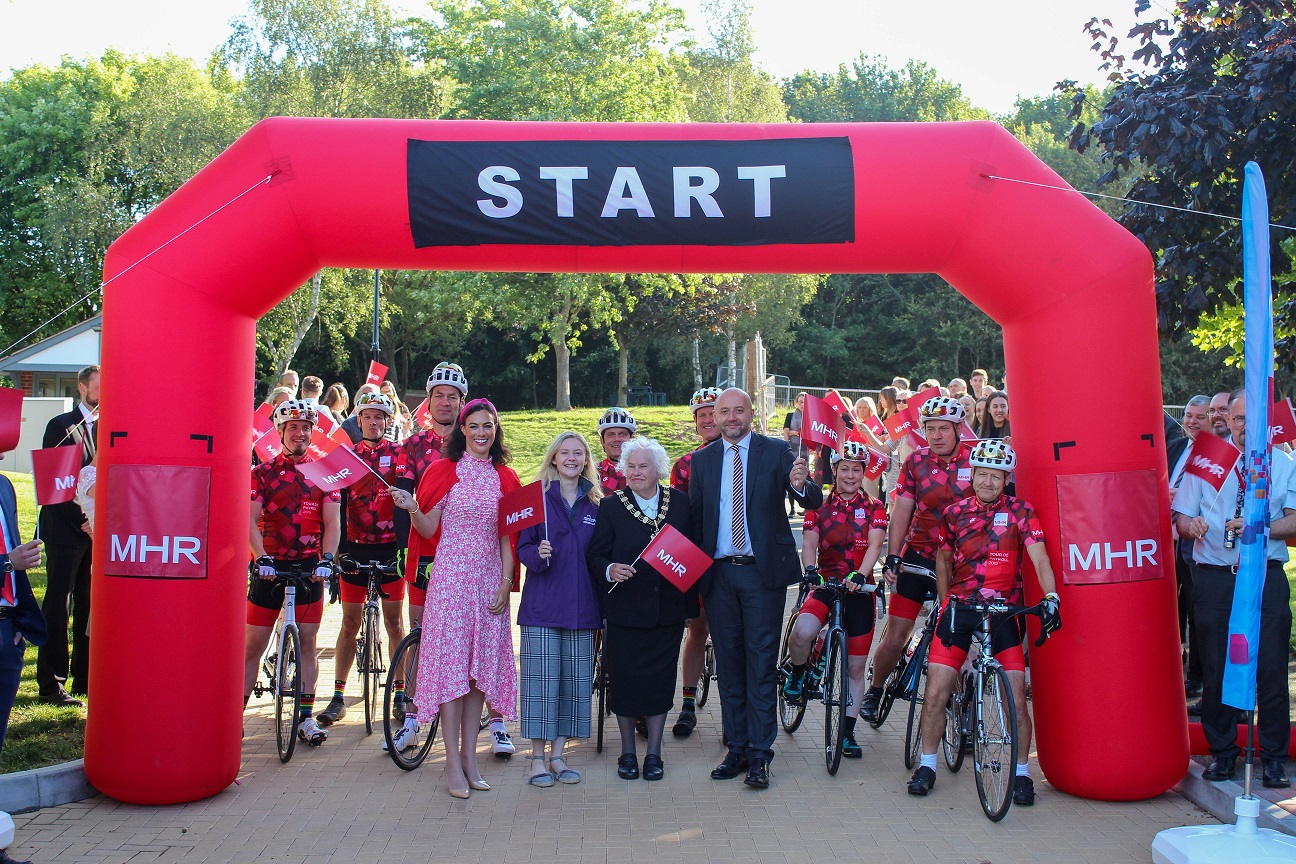 Eight cyclists from Nottingham-based payroll and HR software specialist MHR have set off on a 280 mile bike ride to Mount Snowdon followed by a 3,500ft ascent to the summit of England and Wales’ highest mountain in aid of Rainbows Hospice for Children and Young People.

The team of intrepid adventurers, comprising individuals from various departments at the company, are aiming to raise £5,000 from the five-day trek for the Loughborough based charity – the only hospice in the East Midlands that provides care and support to babies, children and young people with life-limiting illnesses and their families.

The money raised from MHR’s Tour De Payroll will go towards funding physiotherapy to babies, children and young people cared for at the hospice to help with a range of symptoms as a result of their individual conditions.

MHR has arranged the event as part of its celebrations for National Payroll Week, an annual event organised by the Chartered Institute of Payroll Professionals (CIPP) which aims to raise the profile and awareness of payroll in the UK.

The trip was officially started today (Monday 2nd September) by the Mayor of Rushcliffe Councillor Christine Jeffreys at MHR’s head office in Ruddington in South Nottingham.

Shortly after the start, the team stopped off at the headquarters of Rainbows in Loughborough for a tour of the hospice.

Throughout the rest of the week the team will pay a visit to the CIPP in Solihull as well as several its customers along the way, including Flintshire County Council in Mold, North Wales Fire & Rescue’s Rhyl Community Fire Station and Conwy County Borough Council, before they attempt to conquer Mount Snowdon on Friday.

Jessica Mills, Vice Chairman at MHR says: “Ensuring people are paid accurately and on time is central to what we do at MHR, and every year we love getting involved with National Payroll Week.

“This year we really wanted to push the boundaries with our fundraising efforts and are delighted to support Rainbows as our nominated charity for MHR’s Tour De Payroll as it does such important work with families in our region.

“Most of our team have never taken on a personal challenge like this before but I know they will give every ounce of effort to smash their £5,000 target.”

Kate Golding, Head of Organisational Giving at Rainbows, says: “The hospice only receives a small amount of guaranteed funding, so we rely heavily on the generosity and support of local organisations to continue to provide physiotherapy and vital care for those families when they need it most.

“The Tour De Payroll is a wonderful idea and we wish the team from MHR all the best for this gruelling challenge.”

The Mayor of Rushcliffe Councillor Christine Jeffreys, who officially started the event, says: “Rainbows does an incredible job supporting over 4000 young people in the East Midlands, and it’s wonderful to see one of the largest employers in the borough supporting such a worthy cause.”