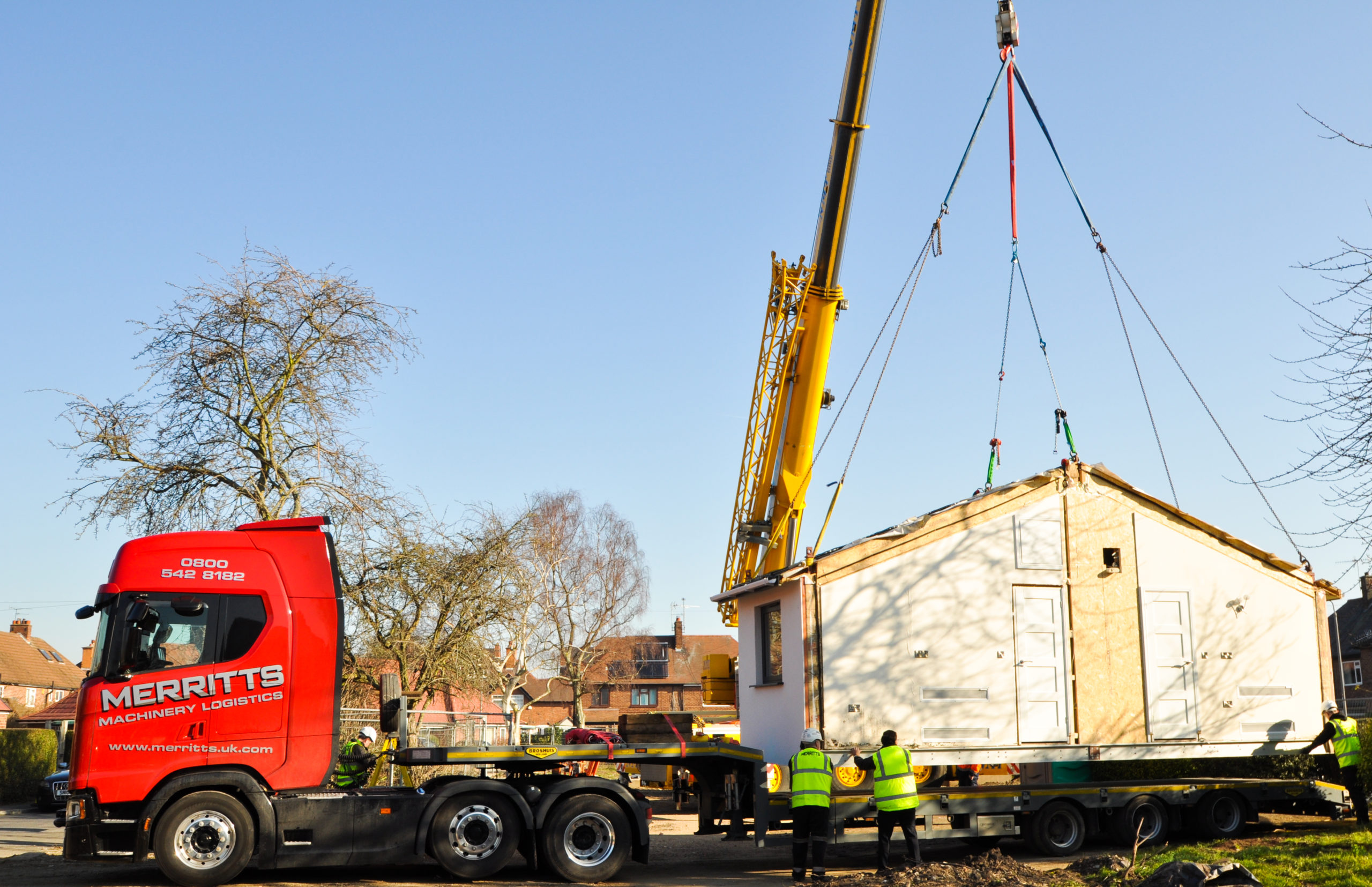 Joseph Merritt Group Plc, based in Nottinghamshire, is expecting further growth following its announcement to establish a specialist service to transport, lift and install modular housing.

The company believes that its extensive experience in specialist lifting, transport planning and project management will enable it to capitalise on the anticipated growth in the use of modular housing to solve the UK’s housing crisis, which is also being accentuated by a lack of skilled construction labour.

Commenting, Merritts Managing Director, James Merritt said, “Our interest in researching this niche sector followed our appointment to move units of modular housing to a new location on behalf of Futures Housing.”

He added, “The perception of modular housing is beginning to change and many now believe their wider use may be one of the solutions to the problems caused by building traditional homes from bricks and mortar. We won’t be focussing on the transport of small component parts or boxes, but if there are projects that require the lifting, transportation, installation or storage of entire modular units, then we are ideally equipped.”

Modular construction is already popular in countries like Japan, Germany and Sweden, but it has been slow to take off in the UK due to the perceived quality, the image of the prefabricated homes that were erected quickly after the war, and the attitude of lenders and insurers who are currently not too keen to lend money or insure buildings due to concerns over quality control and building regulations.

Mr Merritt concluded, “The advantages of modular housing are clear: No longer is construction restricted to the availability of labour and delays caused by the vagaries of the British winter. Instead, these energy efficient buildings can be manufactured and factory built on time in modules ready to transport. The single location means the company can cultivate a pool of skilled labour who are attracted by the prospect working in a nice temperature controlled workplace, rather than on a building site where they are exposed to all weather conditions whilst building traditional housing or commercial buildings.”

Under former Prime Minister Theresa May, the Government pledged to build 300,000 new homes a year to tackle the country’s shortage and is currently falling short of this target.