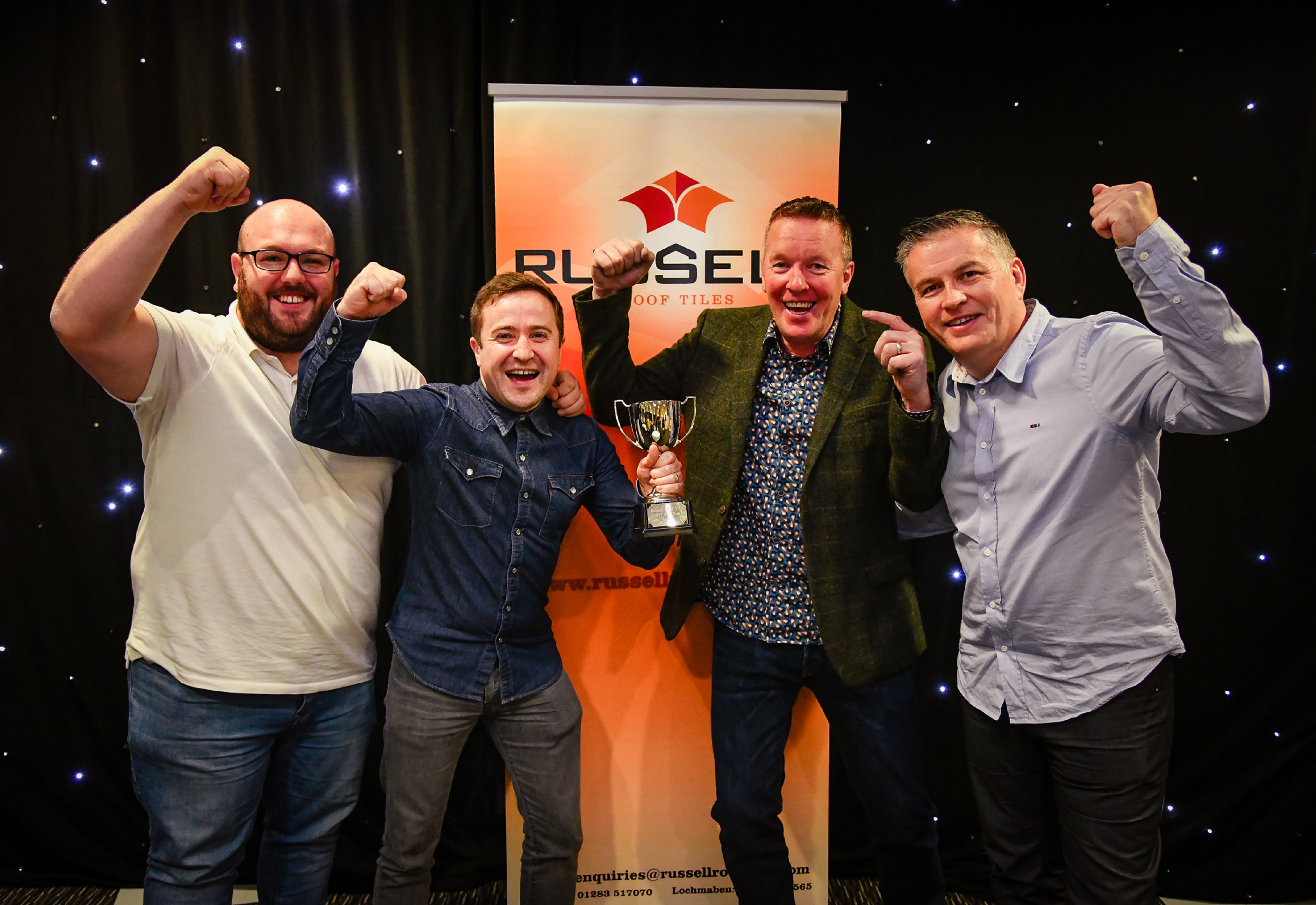 40 teams of four, which included customers, friends, family, staff and suppliers from across the UK, joined the leading roof tile manufacturer for an evening of competitive quizzing, a nail-biting auction and an exciting raffle at Burton Albion’s Pirelli Stadium.

Contributing to the £7,500 total, generous guests also bid hundreds of pounds on items including a holiday in Spain, spa vouchers and a special evening at Restaurant Sat Bains. One lucky winner took home two concert tickets to Elton John’s farewell tour and a night’s stay at a luxurious apartment after bidding £1,000, while another bidder placed a £1,000 bid on four VIP tickets to the Grand National.

The popular event is hosted each year by Russell Roof Tiles, which employs 150 people at its two sites in Burton and a further site in Lochmaben, as part of its ongoing dedication to raising money for local charities and communities.

Andrew said: “The third year of our Big Quiz was an excellent success, beating last year’s total by an impressive £1,000. The money raised will be pivotal in supporting charities within our community which make a real difference to people’s lives.

“I would like to thank everyone that attended and helped us raise the fantastic money for charity as well as Burton Albion Football Club, who provided us with the Pirelli Suite to host the event.”