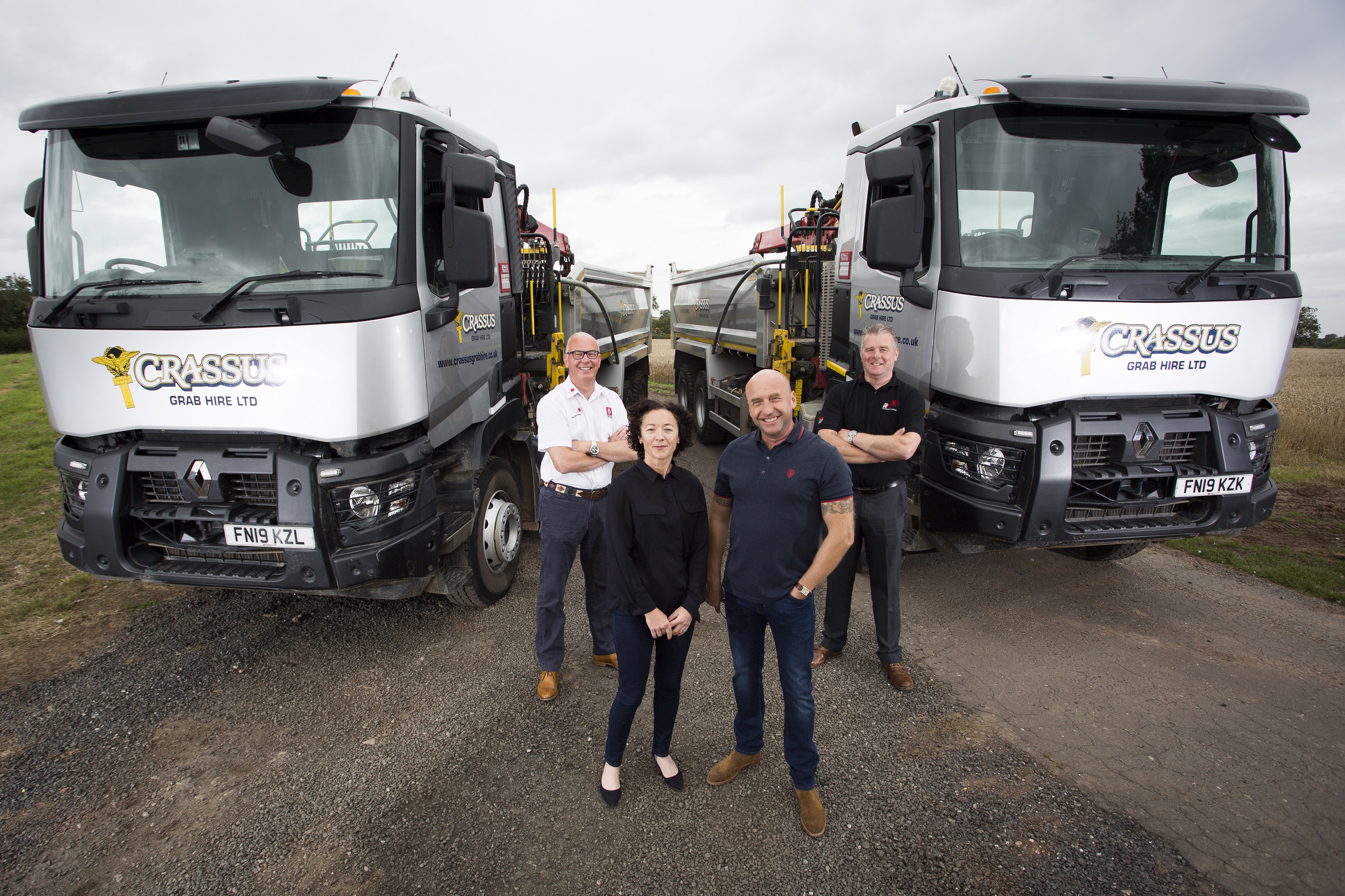 Posted on September 2, 2019 Comments Off on Leeroy Grabs Opportunity to Launch New Business

A serial entrepreneur has launched a new business despite being registered blind.

Leeroy Howcroft (48) from Draycott, Derbyshire has run numerous business over the years despite being registered blind for the past 29 years, and suffers from a genetic neurological disorder.

Crassus Grab Hire Ltd, was launched by Leeroy and his wife, Clodagh and is based at Hilltop Farm near Draycott. This new venture follows on from previous businesses including a successful roofing firm. Leeroy also runs a 15-unit overnight accommodation for local construction workers at Hilltop Farm.

Despite his condition Leeroy has launched this new business as well as being involved in various charitable projects and supporting My Sight previously Nottinghamshire Royal Society for the Blind (NRSB).

The couple chose to set up the business, after deciding they wanted to start a new venture together and named the business after Marcus Licinius Crassus – ‘The richest man in Rome’ to reflect their ambitions.

Crassus Grab Hire provides customers across the East Midlands with cost-effective waste removal and demolition solutions, as well as the delivery of aggregates, sand, stone and topsoil.

Leeroy said: “The first months for Crassus Grab Hire has been incredible, with a high volume of business already coming through our door. I have never let my sight problems dampen my ambitions, but it helps to be supported by the right suppliers, such as the team at RH Commercial Vehicles, who understand I operate slightly differently perhaps to some of their other customers.”

Leeroy added “With the current success of the business we’re expecting to purchase another two trucks in the coming months and we will be returning to RHCV when we do.”

Simon Bailey, Sales Manager at RHCV said: “We are proud that we have been able to support Leeroy and supply two new Renault trucks, and assist his new business.”

RHCV has been selling, leasing servicing and repairing heavy (HGV) and light commercial (LCV) vehicles across the East Midlands for four decades. The company employs 110 staff across its four sites in the East Midlands – in Nottingham, Cossington, Northampton and Alfreton (Derbys).