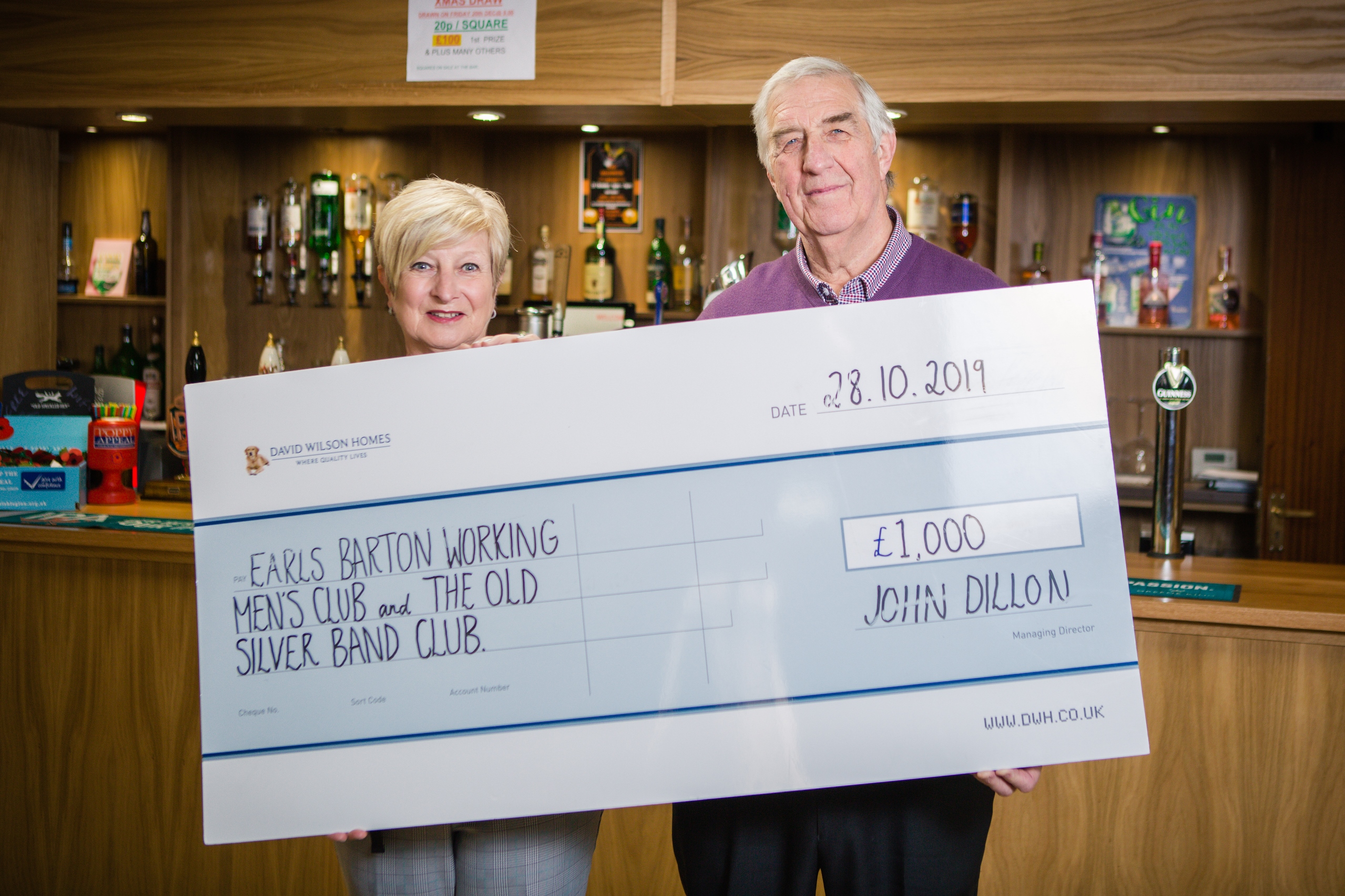 Posted on October 30, 2019 Comments Off on LEADING DEVELOPER MAKES A HEARTY DONATION TO LOCAL ORGANISATION

David Wilson Homes South Midlands has donated £1,000 to Earls Barton Working Men’s Club who, along with The Old Silver Band Club, have been raising money for a defibrillator to be installed in Earls Barton. 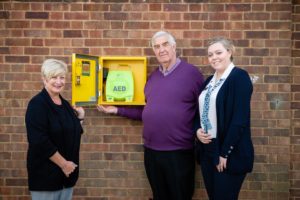 Lesley, David and a Sales Adviser from The Wickets

The donation was made as part of the developers’ Community Fund scheme which was designed to strengthen ties with the communities which are local to the business. David Wilson Homes donates £1,000 to a local charity or organisation each month which improves the quality of life for those living in the area.

Both clubs are situated just a short walk from David Wilsons’ popular development, The Wickets, on the edge of Earls Barton.

John Dillon, Managing Director of David Wilson Homes South Midlands said: “We are delighted that the donation is going towards something so important.

“We are committed to creating a positive legacy. We want to be known not just for the quality of the homes and developments we build, but also for our commitment to the local community through supporting local organisations and charities.”

David Brawn, aged 70, has been a member of the Earl’s Barton Working Men’s’ Club since he was 18 years old and has been working at the club since 1977 as the club’s secretary. It was David, along with Lesley Baker from The Old Silver Band Club who organised the fundraising event where they raised £3,136.

David said: “The donation from David Wilson Homes was completely unexpected and beyond anything that we could have hoped for.

It’s incredibly generous and has allowed us to install a state-of-the-art machine which although we hope we won’t have to use, it’s reassuring to know that it’s there and that it’s such high quality.”

If a defibrillator is used and effective CPR is performed within three to five minutes of cardiac arrest, the chance of survival increases from 6% to 74%.

David went on to say: “I would like to say a huge thank you to David Wilson Homes for their phenomenal help. I think it’s great that they are giving back to the community and supporting local businesses the way that they are.”

For more information about any David Wilson Homes developments in the area, visit the website at www.dwh.co.uk or call the sales line on 033 3355 8486.