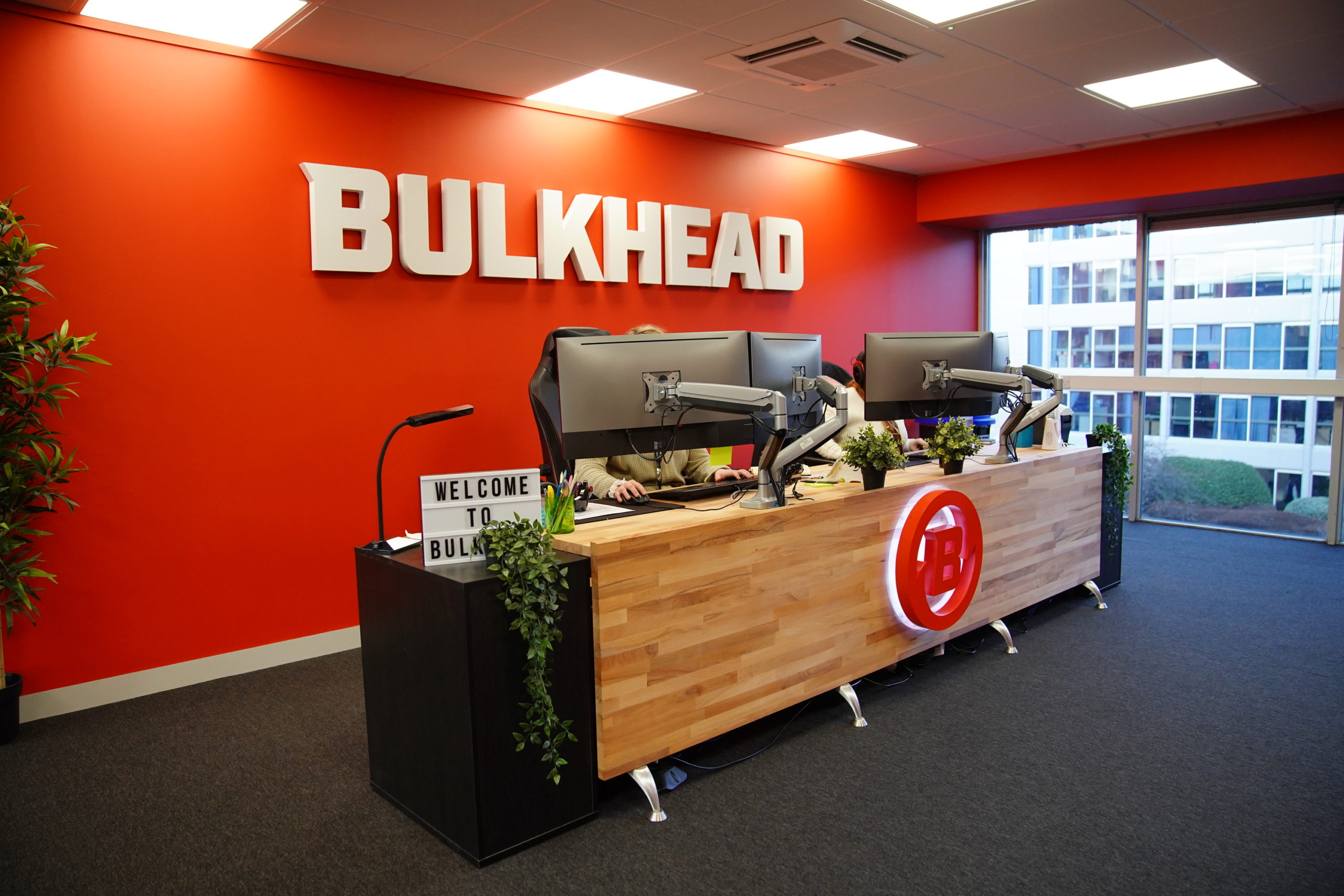 Leading British game developer Bulkhead Interactive has expanded its UK operation with a move to a major 6,436 ft2 office facility at Cardinal Square in Derby.

The company, which was founded in 2015 by five University of Derby graduates, has enjoyed rapid success over the years and now employs a team of more than 65 people at its Derby studio.

Bulkhead Interactive currently develops multiple titles for Steam, Xbox One and Play Station 4, including its main title, the Word War II inspired First Person Shooter (FPS) Battalion 44, which has proved a massive success with streamers. Its second game, The Turing Test has also been a hit with the gaming community.

On the back of the success and rising popularity of fps Battalion 44, Bulkhead Interactive recently opened a second studio in Munich named Bulkhead Darkhorse and rebranded its Derby studio Bulkhead Phoenix.

The decision to relocate the company’s Derby studio to Cardinal Square comes after a period of sustained growth for the business and the requirement for larger and better quality accommodation for its team.

The company will now take a whole floor at Cardinal Square, which has been the subject of a bold fit-out, in order to provide the best possible working environment for the Bulkhead team.

Cardinal Square is one of the best know office developments in Derby and occupies a prime location fronting Derby’s Ring Road and the A52. The building comprises of four inter-connecting blocks, each arranged on four and five floors and set around a central quadrant that features a hidden landscaped garden.

Over the past 18 months, the building has been the subject of an extensive refurbishment programme by owners Nurton Developments to provide upgraded services and facilities, which is due to be completed in Spring 2020.

The ground floor of the building’s West Point has been the subject of a refurbishment programme to create Cardinal Business Centre, which comprises of 9,000 ft2 of serviced office accommodation.

“Since entering the games industry, Bulkhead’s ethos has been to take care of our people; a high-quality, centrally located studio space forms an important aspect of our philosophy and Cardinal Square offered exactly what we were looking for.

“Over the past four years, our team has grown from five students to a dynamic team of over 65 people and we’re excited for the next phase for the company’s development. Relocating Bulkhead Interactive to high quality office space at Cardinal Square and cementing our business in Derbyshire is the first stage in our new strategic growth plan and we look forward to getting started on some new and exciting projects in our new studio space.

“We have some really big plans and our new accommodation will enable us to scale up in order to achieve those goals and put Derbyshire back on the map for video games.”

“Bulkhead Interactive are a dynamic business with exciting growth plans and we are delighted that they have chosen Cardinal Square for their new home.

“Having a games developer housed at Cardinal Square demonstrates the broad appeal that the newly refurbished Cardinal Square offers to businesses of all sizes and sectors.

“We are delighted that Bulkhead have joined the growing number of businesses at Cardinal Square.  The convenient location, modern space and hands-on approach of the landlord makes it an attractive proposition for potential tenants.”

For further information about taking space at Cardinal Square, contact Russell Rigby at Rigby & Co on 01332 203377 or russellrigby@rigbyandco.com, or Tim Richardson at FHP on 01332 224857 or timr@fhp.co.uk.