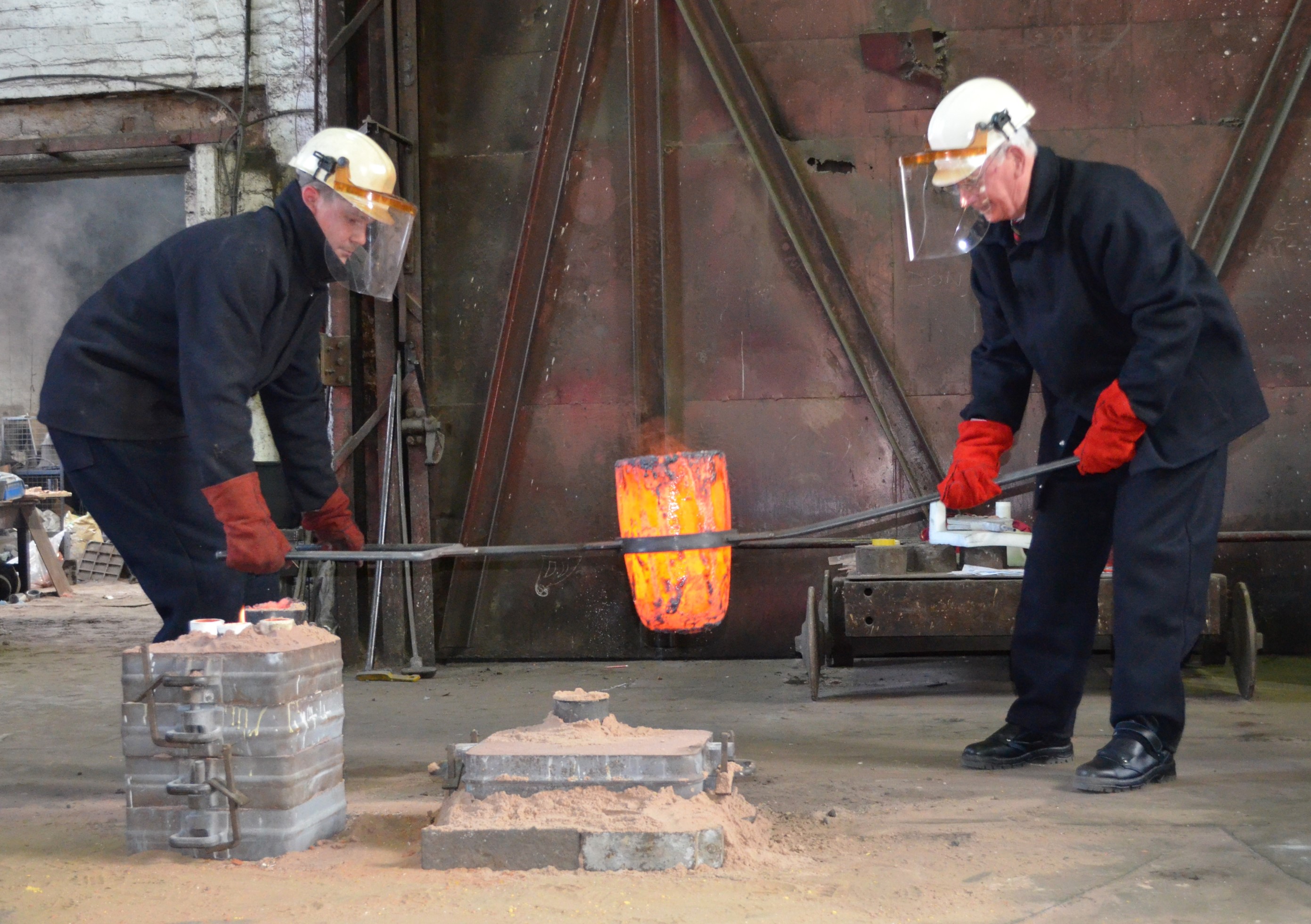 Posted on August 6, 2019 Comments Off on HRH The Duke of Gloucester casts plaque at historic Loughborough Bellfoundry during Royal Visit

His Royal Highness the Duke of Gloucester paid a special visit to the Loughborough Bellfoundry; discovering the vast heritage of the British industrial site and casting his own commemorative plaque.

The Duke met the team at Loughborough Bellfoundry, also known as John Taylor’s Bellfoundry, as part of his visits across the East Midlands, and learnt about the many plans in the pipeline to help save what is Britain’s last remaining major bellfoundry.

As the Duke arrived last week, the bellfoundry bells rang loud and proud over Loughborough to welcome his royal highness to the historic site.

The Loughborough Bellfoundry is the last major bellfoundry not only in the UK but also the Commonwealth. Its bells can be heard by hundreds of millions of people around the world in more than 100 countries, from London’s St Paul’s Cathedral to Washington National Cathedral in the US capital, and from the National Carillon in Canberra, Australia to Cape Town City Hall in South Africa.

More than a staggering 25,000 bells have been cast on site since the present bellfoundry was built in 1859, but this important part of Britain’s industrial heritage is under threat due to the need for urgent repairs and a sustainable plan for the future.

An appeal has been launched by the Loughborough Bellfoundry Trust, with plans currently being prepared for a major refurbishment programme that aims to see the site restored to its former glory.

With The Duke of Gloucester’s visit taking place at an important time in the life of the bellfoundry, The Duke also received the honour of taking part in the casting of a commemorative plaque to mark his visit.

Due to The Duke’s keen interest in architecture, he also learnt from members of the Trust about the rich history of the bellfoundry and its plans for the future – as well as meeting the bellfoundry’s team of bellringers.

The Duke was elected a corporate member of the Royal Institute of British Architects in 1972, and is the president of the Scottish Society of Architect Artists. His Royal Highness is a supporter of several architectural conservation societies, including the Kensington Society and the Victorian Society, as well as the International Council on Monuments and Sites, UK National Committee, and is the Patron or President of many charities and organisations.

Andrew Wilby, trustee of the Loughborough Bellfoundry Trust, said: “We were delighted to welcome The Duke of Gloucester to John Taylor’s Bellfoundry, especially at such a key milestone in the life of the bellfoundry, and given The Duke’s keen interest in architecture.

“The casting of one of our bells is a sight to behold, and we enjoyed giving The Duke the opportunity to cast the plaque to mark his visit. The day went very well.”

The National Lottery Heritage Fund recently awarded the Trust nearly £300,000 of Development Phase funding to allow it to work up detailed proposals for its two Grade II* Listed Buildings. The project has also received support from the Architectural Heritage Fund, which has pledged £30,000. 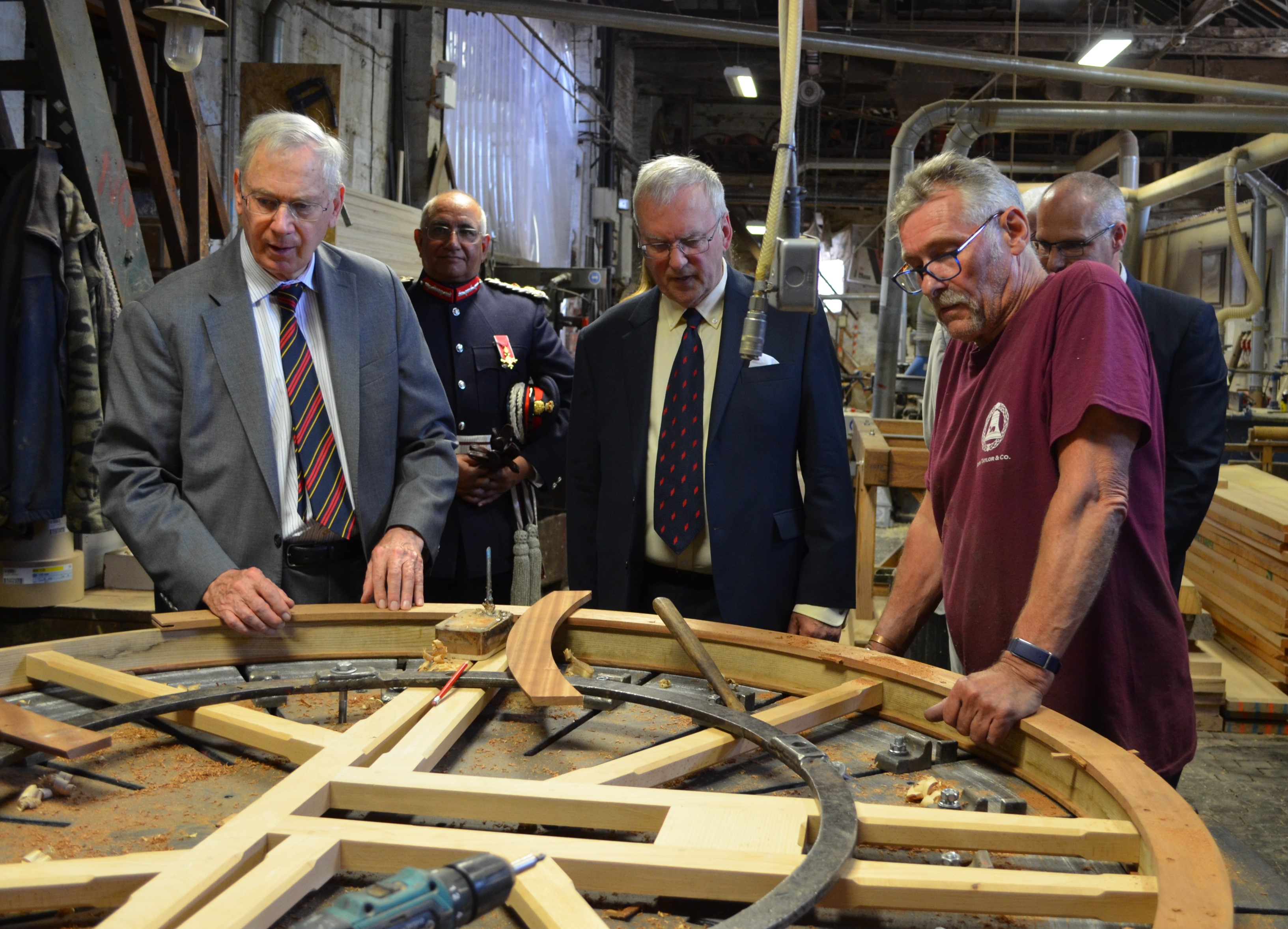 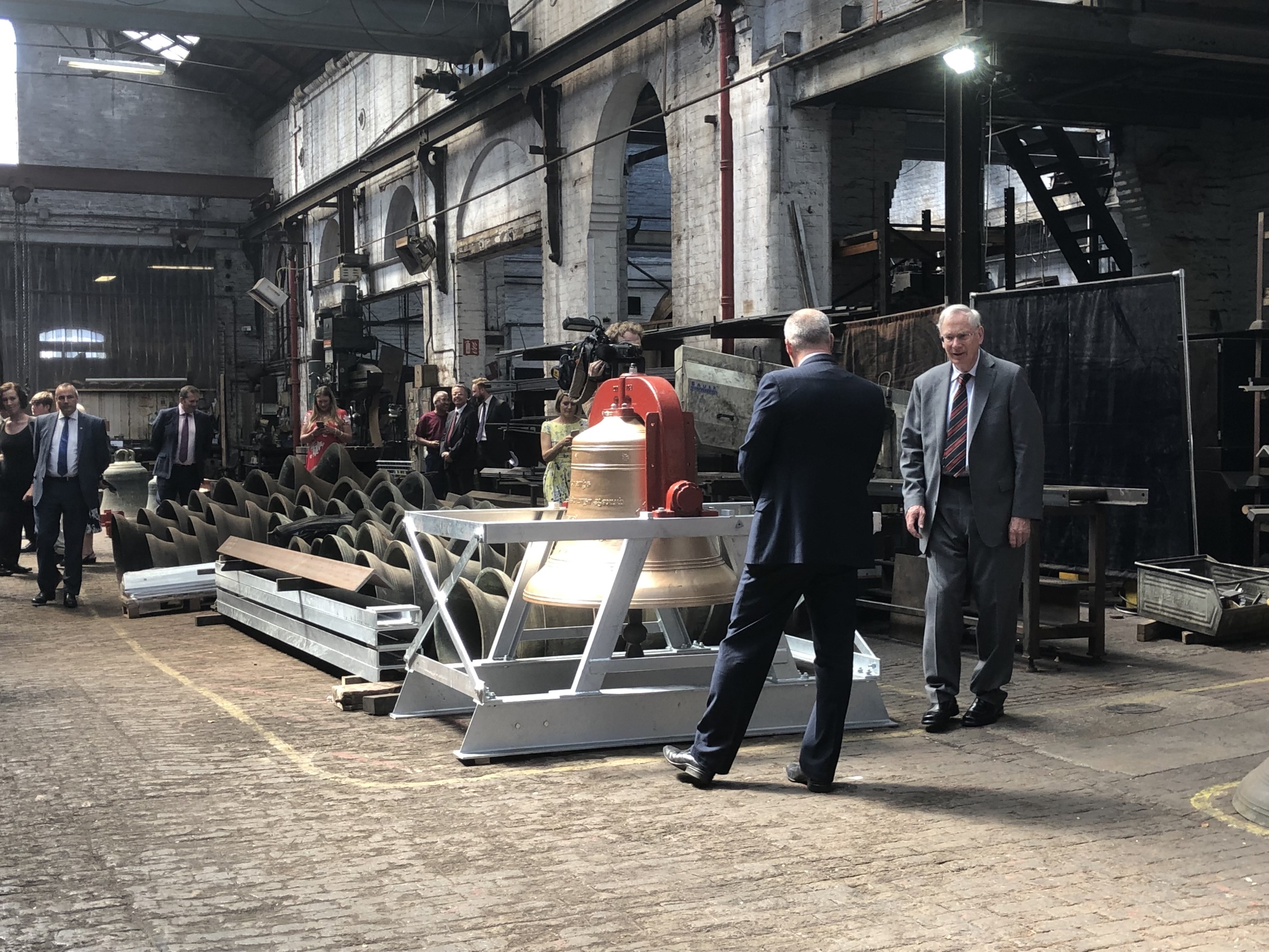 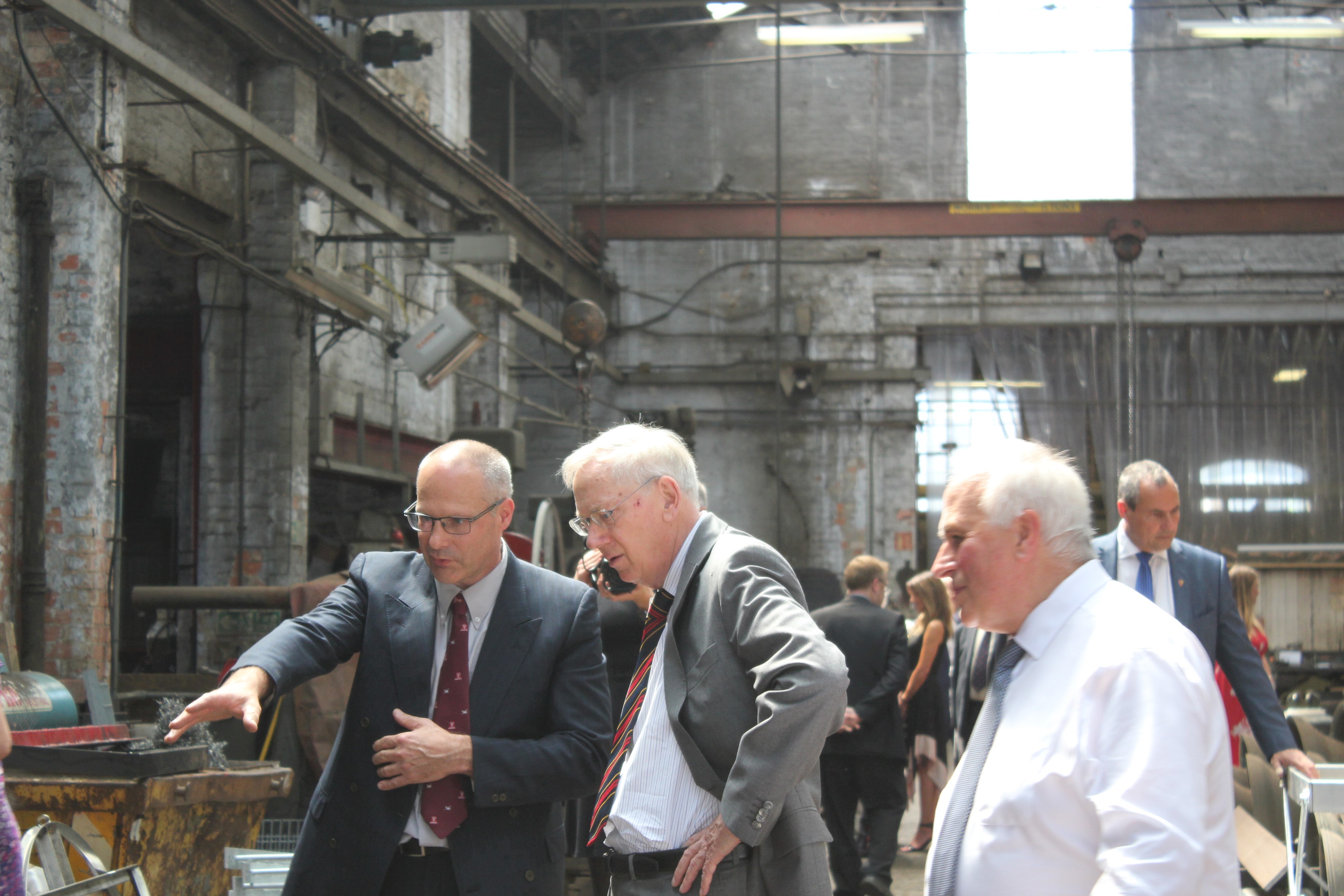