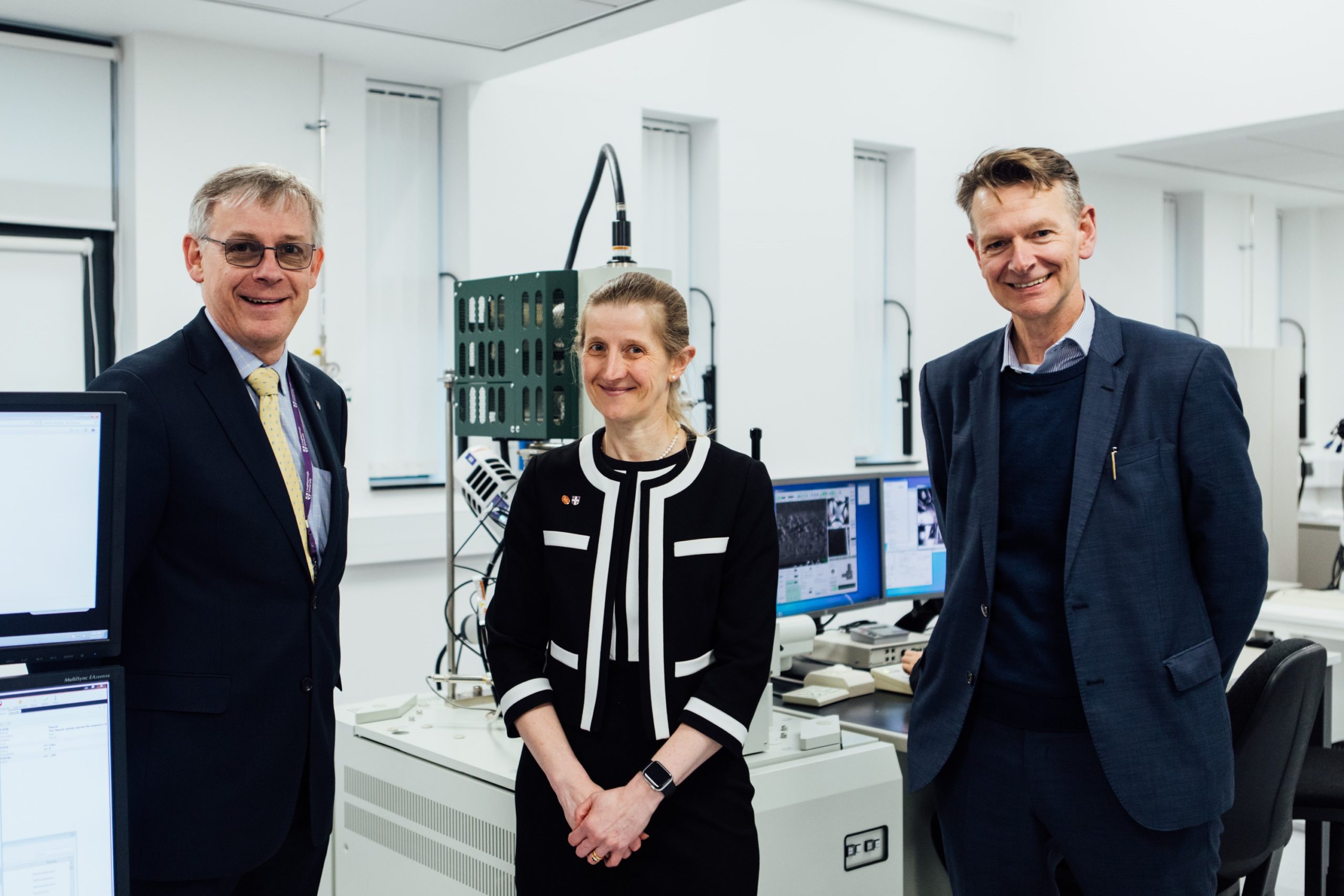 The long-term development – one of the largest refurbishment projects ever carried out at the university – was undertaken meticulously in 19 different phases over more than two years to enable university staff and students to carry on with their work and to minimise disruption.

It included the complete internal refurbishment of both the W and S buildings in the West Park area of the campus.

More than 17,000 sq m of space over three floors has been refurbished and modernised in the two 1960s buildings, which are linked.

Officially known as the Sir David Davies building, the W building houses Chemistry and Physics within the School of Science, and the Wolfson School of Mechanical, Electrical and Manufacturing Engineering – one of the biggest engineering schools of its kind in the UK. It is also one component of  the new School of Architecture, created as a direct response to the changing needs of architectural practise.

The S building houses Materials and Chemical Engineering and is also the home of the Loughborough Materials Characterisation Centre, who provides a wide range of analytical services to support university research and consultancy services for business.

The buildings remained in occupation during the extensive refurbishment scheme, which was the latest in a number of projects undertaken by Henry Brothers at universities in the East Midlands and follows the £17m STEMLab project at Loughborough University, a multidisciplinary science and engineering teaching building completed in 2017.

Henry Brothers Midlands managing director Ian Taylor said: “Every member of the team involved in the refurbishment of the W and S buildings can be truly proud of what has been achieved at this site. It really is a top-class refurbishment scheme which has transformed a pair of 1960s buildings into two high-quality facilities, which are a fantastic environment in which to research, teach and learn.

“When working in a live environment there are naturally constraints but in close conjunction with Loughborough University, the work was carefully planned to avoid disruption to the students’ studies. On occasions, this meant using a non-traditional construction approach.

“The team at Henry Brothers is absolutely delighted to have handed over two outstanding facilities, on time and within budget, following this extensive and challenging refurbishment project, which has been successfully carried out over more than two years and which has now provided an environment for students, researchers and staff that really is inspirational.”

The work at both buildings included a complex overhaul of the mechanical and electrical services and full internal refurbishment.

A newly constructed entrance, fully refurbished physics, chemistry, tribology and acoustics laboratories and a new architectural studio space were created in the W building. While in the S building a new lift and new main entrance door were installed, the floor was built up on the ground floor to make it one level, and research laboratories and teaching facilities were refurbished.

Shaun Green, Project Manager – Engineering at Loughborough University, said: “The W&S project has been very challenging, and, running over two and a half years, one of the largest refurbishment projects ever carried out at Loughborough University. The Facilities Development team have worked very closely with Henry Brothers to achieve two outstanding buildings with first-class facilities for teaching and research.

“Henry Brothers managed the project very well and delivered the new facilities to a high standard, whilst also maintaining an excellent health and safety record during the programme of works.”

An event to mark the official completion of the West Park developments on the university campus and the handing over of the W and S buildings by Henry Brothers was held on 13th February 2020 to thank all of those involved, including the contractors. Guests included Professor Chris Linton, Deputy Vice-Chancellor and Professor Rachel Thomson, Pro Vice-Chancellor (Teaching) along with staff and students from academic Schools and Professional Services across the University who have contributed to the success of this major project.

Professor Rachel Thomson, academic lead for the project at Loughborough University said: “We are absolutely delighted at the transformation of these two buildings. I have heard from many staff that their working environment is now transformed, with greater opportunities for networking and a significant enhancement to our research capability.

“It has also been fabulous to see how our students have reoccupied the informal spaces across both buildings, which is important for our learning community. We appreciate all the support from Henry Brothers, the architects, the QS and the contractors in realising our vision.”

Henry Brothers Midlands, based at Priory Court, Derby Road, Beeston, is part of The Henry Group, which comprises a number of manufacturing and construction sector companies, ranging from external construction through to interiors fit-out. In partnership with clients, it has a proven track record in education, defence, accommodation, commercial, industrial, transport and healthcare sectors.

Now in its sixth year of operation in the Midlands, Henry Brothers Midlands has an annual turnover of £35m, with a group turnover of £100m.

In addition to schemes undertaken at Loughborough University, its portfolio of higher education work in the East Midlands includes a number of projects at Nottingham Trent University, such as the £23 million engineering facility handed over last year and the £9 million Enterprise Innovation Centre and the new Medical Technologies Innovation Facility (MTIF), which are both currently being built.