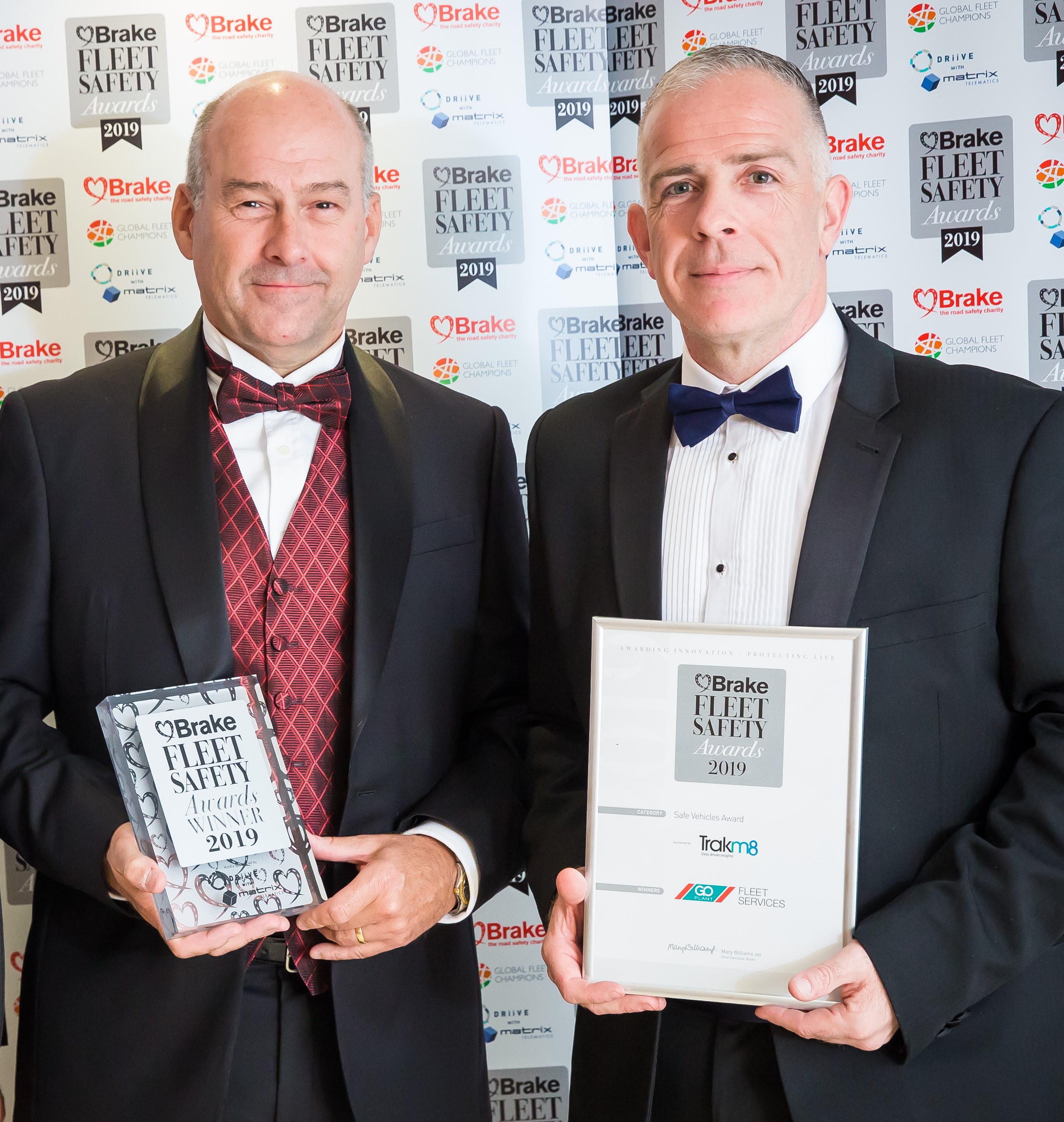 A nationwide company based in Leicestershire has scooped a prestigious award for its approach to road safety.

Go Plant Fleet Services, one of the UK’s leading providers of specialist vehicles, has introduced a string of new initiatives this year – resulting in a 36 per cent reduction in the number of reported incidents.

Now it has won the ‘Safe Vehicles’ category at the annual Fleet Safety awards organised by road charity Brake.

Phil Quelch, chief operating officer at Go Plant Fleet Services, which has headquarters in Ibstock, believes the accolade is an illustration of the company’s commitment to delivering industry-leading standards.

He said: “As a business, we place a huge amount of importance on Health and Safety and, naturally, a key part of that is ensuring our vehicles are the safest they can be.

“We’ve introduced a number of further initiatives this year, so to win such a significant award is fantastic news for us.

The company’s existing set-up was upgraded to create a seven-camera system that provides drivers with 360-degree visibility in High Definition resolution.

Remote live streaming of camera footage delivers another key safety feature – creating the ability to review operations and assess driver activity – while an extra sensor has been added to the blind spot of vehicles.

The company also became the first in the specialist vehicle industry to set up an approved training centre.

The move ensures all drivers are qualified for sweeping, cleaning and clearing and compliments its policy for contracting works that demands mandatory training leading to the Highways England Safety Passport and a CSCS card.

A technical team was meanwhile established to ensure vehicles remain at the forefront of the industry.

Despite significantly expanding its fleet since 2017/18, the number of incidents has dropped from 267 to 170.

Mr Quelch added: “We take an iterative approach to vehicle safety and are always searching for ways to improve.

“Our safety standard enables us to achieve our wider goal of safety first across all our operations by highlighting best practice and enabling feedback to drive the next wave of innovations.”

The Safe Vehicles Award, one of 13 categories in the annual awards initiative held at the Hilton Birmingham Metropole on Thursday, was for the organisation that has done most to improve the safety of its vehicles.

“Their initiatives resulted in a 36 per cent reduction in reported incidents despite expanding its fleet, so they were worthy winners of the Safe Vehicles category.”

It’s the second major safety accolade for Go Plant Fleet Services in a matter of months.

The company won the Road Surface Treatments Association ‘Workforce Involvement’ award after a campaign that helped to reduce the number of minor accidents across its nationwide business by as much as 20 per cent.