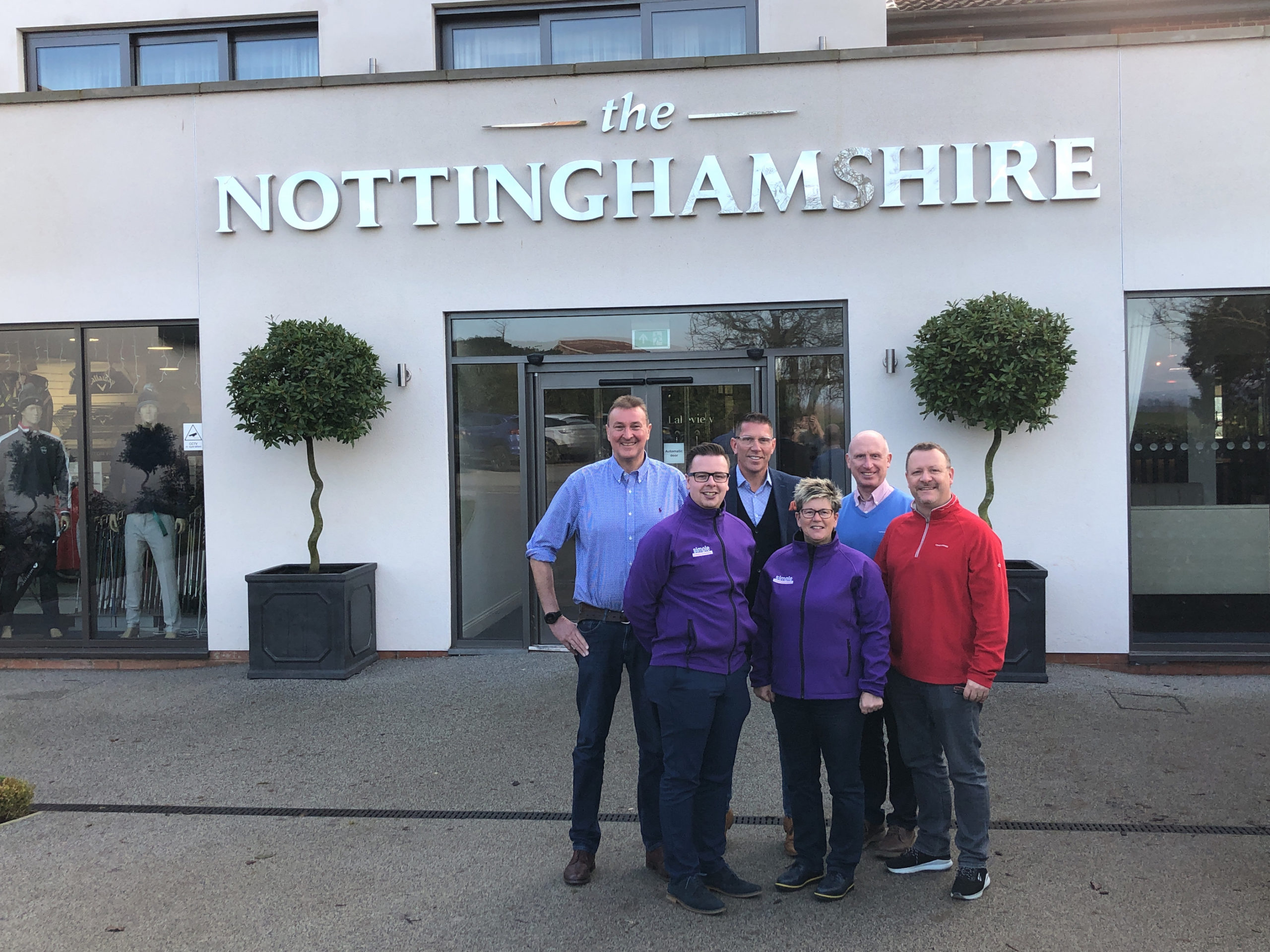 On Friday 3 July 2020, twenty golfers representing five businesses from across the East Midlands have committed to competing in “The Three Bunkers Challenge” in aid of the charity Big C Little C.

Based on the format of the “Three Peaks Challenge” each team of four golfers will play nine holes on three courses in Nottingham, Derby and Leicestershire in one day. The courses are Morley Hayes, Charnwood Forest Golf Club and The Nottinghamshire Golf & Country Club.

The event was conceived by Bev Cook from Radcliffe on Trent, who is Managing Director of Simple Marketing Consultancy and Lady Captain of The Nottinghamshire Golf & Country Club in 2020, with Andrew Allsop, owner of Morley Hayes Golf Club.

They were inspired by business entrepreneurs, Andrew Springhall from Blusource/Breedon Electrical and Colin Shaw, former Chairman of PKF Cooper Parry, who joined forces in January 2019 to create a new charity called ‘Big C Little C’ in order to encourage businesses in the East Midlands to organise events to raise money to support The Jenny Farr NSPCC Diamond Appeal and Cancer Research.

Commenting on the event, Andrew Springhall said “Whilst playing 27 holes in one day may not be the most physical of challenges, the logistics of keeping to time will be, and let’s not forget the ultimate aim is to raise as much money as possible to help vulnerable children and cure cancer. We really appreciate the support of the golf courses involved who have allowed us to have complimentary tee times and refreshments to the players as they strive to complete the challenge on time.”

Once the players have completed their golf, they will be welcomed by an after party at a charity gala reception of over 200 business people who will be gathered in the Fairways Suite  at The Nottinghamshire Golf & Country Club for a BBQ and disco which is hoped will significantly boost the final figure raised to £10,000.

Colin Shaw added, “Big C Little C is really grateful to Bev Cook for choosing to support Big C Little C during her year as Lady Captain and for her expertise in helping to co-ordinate the logistics of the Three Bunkers Challenge. We have set our fund raising target high at £10,000 as we believe in the strength on our respective networks and value of the prizes that will be donated for the raffle and auctions.”

If you would like to make a donation to one of the teams, offer raffle prizes, or book tickets for the after party, please visit:

Make a donation by visiting the fund raising page: https://uk.virginmoneygiving.com/ColinShaw9

To buy tickets for after party BBQ and networking event: https://www.eventbrite.co.uk/e/3-bunkers-challenge-finale-bbq-tickets-93893699583