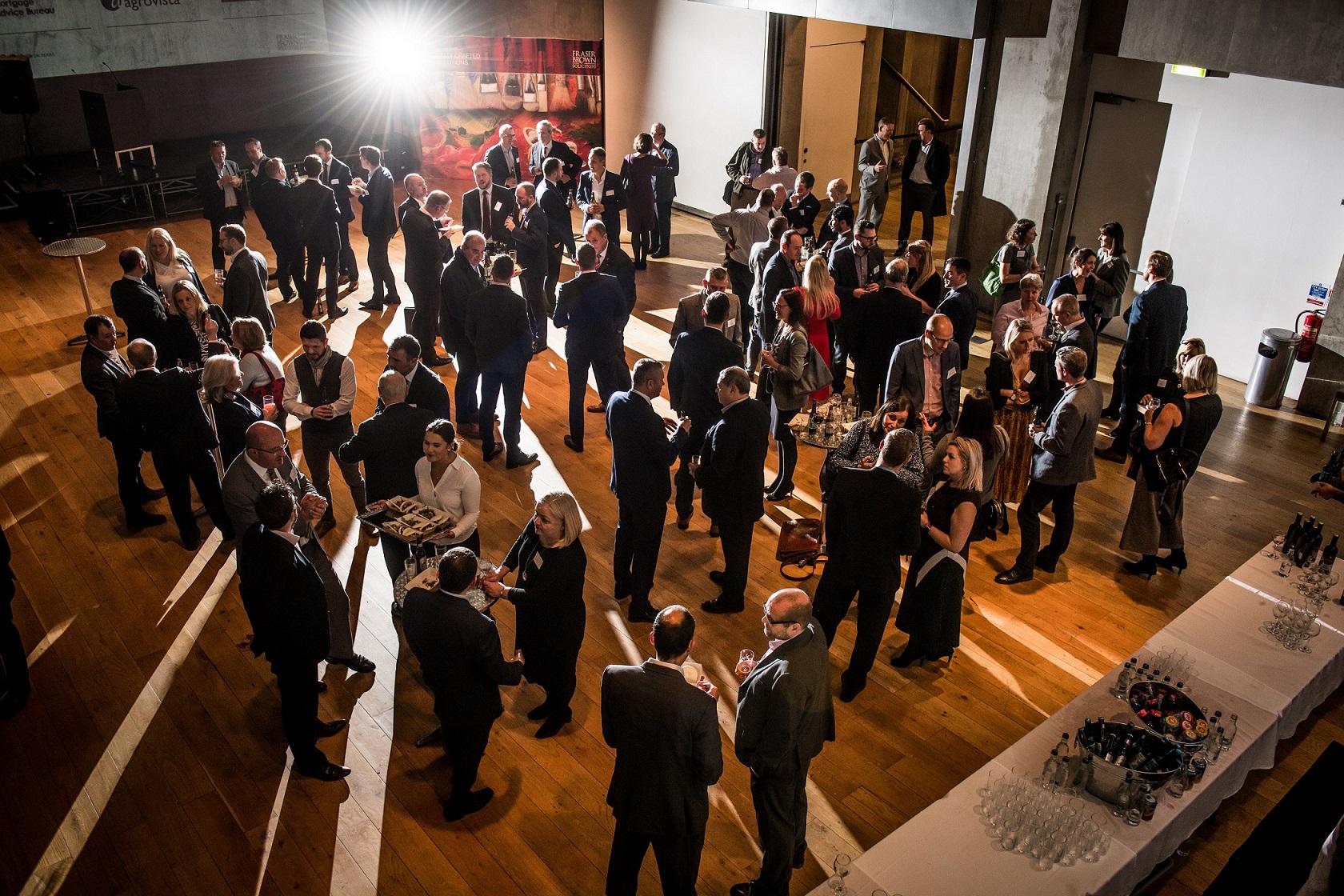 Fraser Brown Solicitors toasted the 10th anniversary of its corporate finance team at a celebratory event in Nottingham this week (12 November), marking a distinguished decade of growth and expansion.

The award-winning corporate department was founded in 2009 by corporate law partner Gavin White, and since its inception it has gone from strength to strength; quadrupling in size from one partner and a trainee, to the current composition of three partners, one senior associate, two solicitors, a chartered legal executive and a paralegal.

Senior associate Peter Abel joined the team as a solicitor back in 2014 from Birmingham-based Shoosmiths solicitors, followed closely in the same year by corporate law partner Tom Gray, who worked previously at international American law firm DLA Piper, and trained and practiced in Nottingham at Freeths solicitors.

Partner and solicitor, Ed Capes, joined the firm’s newly opened Lincoln office back in September 2018 from Sills & Betteridge where he worked as corporate partner for more than 10 years, providing advice and support on a wide range of transactional projects for a diverse portfolio of clients.

The eight-strong team is further fortified by paralegal Sarah Whalley who joined the firm back in 2015, solicitor Hannah Raven who was appointed in 2017 from Shakespeare Martineau solicitors along with chartered legal executive Sarah Forth from Browne Jacobson, and solicitor Asim Hussain who joined Fraser Brown this year from Actons solicitors.

10 years on and the corporate team now has a presence in the firm’s offices across the East Midlands, and has worked with a roster of national and international clients including Subway, McDonalds, Savoy Cinemas, RH Commercial Vehicles Ltd, Mortgage Advice Bureau, Frank Key Builders Merchants, Dreamsport, 200 Degrees Coffee, Senso, B & J Parr, CAME, Allied Irish Bank , Foresight and the Mercia Fund.

The team’s investment work includes acting latterly on behalf of fund managers for the governments’ recently promoted venture funds supporting the latest and most innovative tech and fast-growing businesses under the ‘Midlands Engine Investment Fund’ (MEIF).

Milestone deals in the last decade have included early successes such as acting for The Co-operative Bank plc in 2012 in relation to the funding of the acquisition of Trekmates – a transaction which won the Insider East Midlands Dealmakers ‘Deal of the Year Award’.

The firm, which has this week been listed in The Times Best Law Firms 2020, has acted for Nottingham-based Frank Key in various transactions to include the acquisition of Sinbad Tools in 2013, The Builders Centre (Sheffield) in 2014 and Banson Tool Hire and Charles Watson (Ironmongers) Limited in 2015 – transactions which expanded Frank Key’s presence considerably in Nottingham, Sheffield, Yorkshire and Lancashire.

For many years, Fraser Brown has been strong in franchising and the corporate team has acted for franchisees including Subway, Dominos and McDonald’s.

In 2017 Fraser Brown acted for Dreamsport Limited in connection with its multi million investment by Foresight private equity and refinance with HSBC Bank plc. Dreamsport is a thriving Nottingham-based business which won the Nottingham Post’s Business Awards in 2016 and has established its PlayerLayer brand as one of the premium British sports clothing brands.  In 2017 the business also secured the UK licence for brand UnderArmour.

The same year, the corporate team acted for the founders and shareholders of 200 Degrees Holdings Limited in connection with a £3 million investment by Foresight. The investment permitted the expansion of new shops, expansion of wholesale business and launch of an online store. Today, 200 Degrees is one of the fastest growing and most successful businesses to emerge from Nottingham in recent years.

In the last 12 months alone, the Fraser Brown corporate team has advised on transactions with a combined deal value in excess of £60 million, with milestone corporate deals including a number of private equity investment matters for Foresight in the Lincoln market from its Midland Engine Investment Fund (MEIF), including Firetree Chocolate and YPP Group, led by Ed Capes, partner at the Lincoln office.

Earlier this year, Gavin White led a team which advised Mortgage Advice Bureau on its acquisition of a Scottish mortgage broker First Mortgage Direct Limited, a transaction which valued First Mortgage Direct at £20.6 million. Mortgage Advice Bureau is an AIM listed business and the UK’s leading mortgage intermediary brand, handling loans on an annual basis with a value in excess of £14 billion. The firm has acted for MAB on a number of investments and acquisitions over the last 10 years.

On the corporate team’s success and 10th year anniversary, Gavin White said: “Our team has worked very hard to establish itself as a significant legal player in the corporate finance markets in both the Nottingham and Lincoln markets.

“All of our team members are extremely active as we grow our presence in the region, with a combination of longstanding expertise, experience and a practical, friendly and pro-active approach to transactions, clients and professionals alike.

“I’m pleased that the corporate team now has the depth and resources to service a full range of transactions, including complex high value and cross border transactions compared to when I started the team 10 years ago. The size of our team now rivals and exceeds that of many significant local competitors, including national law firms.

Tom Gray said: “The most rewarding part of our job is to see our clients’ businesses grow and go from strength to strength. Our client roster has developed over the years and is strong, and we are extremely excited about the future as we look forward to continuing to grow and develop our corporate offering in the East Midlands and beyond. We have experienced a steady flow of increasingly high-value and complex transactions over the last couple of years in particular, which demonstrates the capability and growing reputation of the whole team.

“As we move forward, we will continue to provide practical, commercial, high-quality legal advice and transactional support to both local and national businesses to solidify our position as a leading corporate finance firm in the East Midlands.”