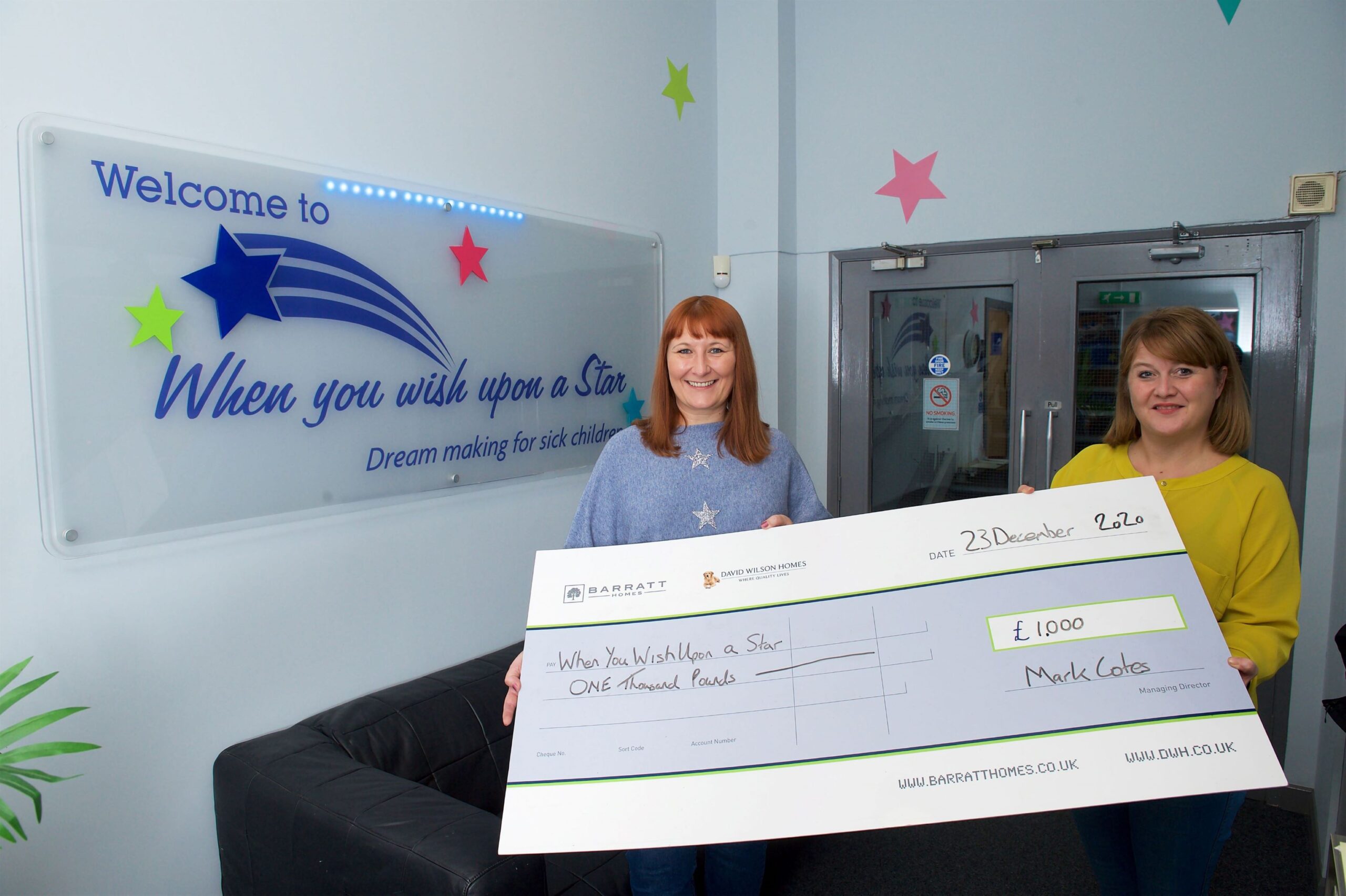 Leading developer Barratt and David Wilson Homes has contributed £1,000 to When You Wish Upon a Star, a charity which dedicates itself to granting the wishes of children with life-threatening illnesses.

The charity, which is based in Nottingham, was founded in 1990 by Barbara White who was so inspired by a seriously ill four-year-old with a dream to meet Mickey Mouse that she wanted to bring smiles to the faces of many more brave and courageous children.

The donation comes as part of the homebuilder’s Community Fund scheme, which sees it support a local charity or organisation with a £1,000 donation each month.

Alexa Wigfield, Regional Fundraiser Midlands and South for When You Wish Upon A Star, said: “Barratt and David Wilson Homes getting in touch about their £1,000 donation to us was a great start to our week. This year has been a difficult time for us, as it has been for many, so to receive a donation of this size is fantastic.

“Their Community Fund scheme is a great thing to do and it’s brilliant to see their employees getting involved with local communities and charities.” 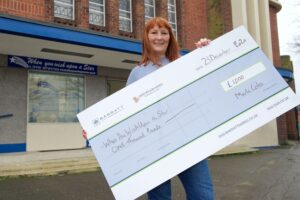 Due to Coronavirus, the charity has 120 Wishes on hold and the donation from the homebuilder will help make Christmas special for the children and their families.

The funding will go towards making the wishes of children come true, which have previously included being a fairy princess or soldier for the day, to meet celebrities or sporting heroes, or for a laptop to keep in contact with their friends and family whilst in hospital.

One of the most popular wishes is the exciting opportunity to swim with dolphins and meet all of their favourite characters in Disney World, Florida.

In addition to the wishes throughout the year, the charity also organises a number of days out and treats for the children such as Harry Potter-themed trips on-board the beautiful Belmond Northern Belle train, where characters entertain the children on their journey with weird and wonderful magic, flying broomsticks, props and costumes.

Mark Cotes, Managing Director at Barratt and David Wilson Homes North Midlands, said: “During times like this, it’s important for communities to come together to support those in need and we’re delighted to have the opportunity to help When You Wish Upon a Star through our Community Fund scheme.

“There are many people in need of extra support, especially during such a difficult time, and the efforts of the team at the charity are extremely admirable.”

For further information about When You Wish Upon a Star, visit the website at www.whenyouwishuponastar.org.uk/.