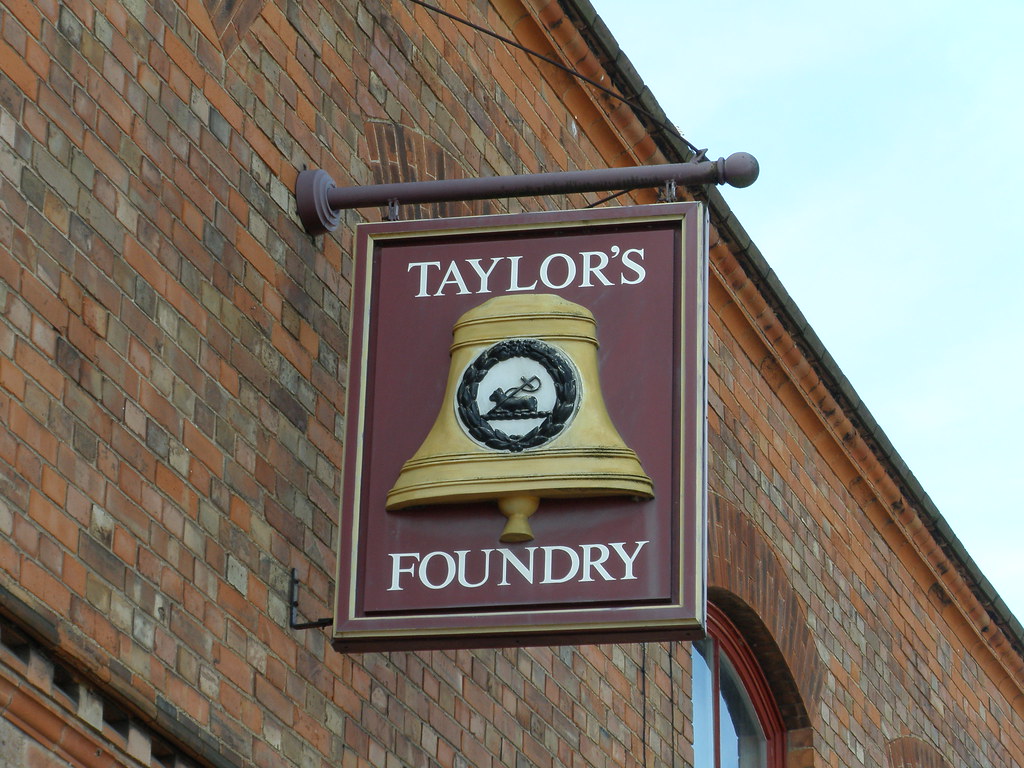 Posted on April 16, 2020 Comments Off on Commemorative five tonne bell cast in UK gets Royal escort down under

A huge bell weighing more than five tonnes has been transported nearly 10,000 miles, from the UK to Australia’s capital city Canberra, by the Royal Australian Air Force (RAAF), following its casting and tuning at the Loughborough Bellfoundry in Leicestershire.

The bell, which stands six feet tall and has a diameter of six feet and nine inches, was commissioned by the Australian government to become part of the National Carillon Bell Tower located on Canberra’s Aspen Island.

Dating back to the 16th century, a carillon is a musical instrument that consists of at least 23 bells that are played in sequence to create a melody or played together to sound a chord.

Situated in the heart of Loughborough, the Loughborough Bellfoundry, also known as John Taylor’s Bellfoundry, is the last major bellfoundry in the UK and Commonwealth. More than 25,000 bells have been cast since the present bellfoundry was built in 1859 and its bells can be heard around the UK and across the world, including the United States, South Africa, Malta and Singapore.

Touching down late at night on 31 January at Canberra airport in an RAAF C-17 plane, the bell was then installed in the National Carillon – which boasts 57 bells and was a gift from the UK government to the people of Australia in 1970, to mark the 50th anniversary of the country’s capital city.

Now, the newly-cast bell marks the 50th anniversary of the carillon and, as the bellfounder of the original bells in 1970, the Loughborough Bellfoundry was once again appointed to cast, tune and deliver the latest addition. An ongoing programme of renovation is currently taking place on Aspen Island, including works to the bell tower which will celebrate a grand re-opening later this year.

The bell took around 40 days to create and bears two inscriptions; one which marks the 50th anniversary of the carillon, and another bilingual inscription in English and a local Aboriginal language that reads: “Welcome to Ngunnawal Country. You may leave your footprints on our land”.

This is by no means the largest bell that has been cast at Loughborough Bellfoundry in its 160-year history, however, as the record is still held by ‘Great Paul’ at St Paul’s Cathedral in London, weighing a staggering 17 tonnes. The bellfoundry has also cast more than two hundred bells that weigh in excess of two tonnes. 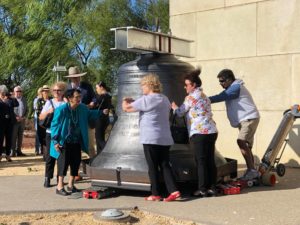 Andrew Wilby, trustee at the Loughborough Bellfoundry Trust – the owner of the bellfoundry, said: “It’s incredible to think that this bell was created in Loughborough and is now in its new home 10,000 miles away in Australia’s National Carillon, 50 years after the instrument’s other bells were first cast at the bellfoundry.

“Loughborough Bellfoundry is the home of bell founding and is the only working vestige in the country of an ancient industry that creates bells for thousands of buildings around the UK and the world.

“We’re honoured to be able to cast this special bell to celebrate Australia’s National Carillon and it’s capital city.”

The National Lottery Heritage Fund recently awarded the Loughborough Bellfoundry Trust nearly £300,000 of Development Phase funding to allow it to work up detailed proposals for its two Grade II* listed buildings that are in urgent need of repairs. The project is also being supported by the Architectural Heritage Fund, which has pledged £30,000.

Whilst the business is in good fettle, the Victorian bellfoundry buildings are not. Without urgent repairs and a sustainable plan for the future, the bellfoundry could be lost forever. To avoid the considerable loss of traditional craftmanship and seismic impact on historic buildings around the world, the team behind the restoration project is seeking £1 million from members of the public and any organisation wishing to help secure the bellfoundry’s future for generations to come.

If you would like to donate to help protect Britain’s last major bellfoundry, please visit: www.loughboroughbellfoundry.org.