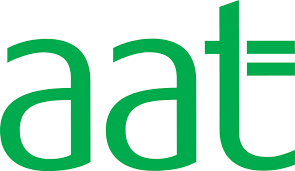 British adults think solicitor, accountant and teacher are among the most challenging jobs to enter without a degree

Posted on January 24, 2020 Comments Off on British adults think solicitor, accountant and teacher are among the most challenging jobs to enter without a degree

Accountancy, teaching and law are believed to be some of the most difficult professions to access without a university degree, according to a new survey commissioned by AAT (Association of Accounting Technicians).

The survey, which saw Opinium Research speak with 2,005 adults, comes as thousands of young people across the UK are completing their UCAS applications ahead of tomorrow’s deadline (15 January). Out of those surveyed, three-quarters (77%) ranked being a solicitor as very difficult to get into if you didn’t go to university, followed by teaching (69%), accountancy (64%) and investment banking (62%).

Many people also thought being from a lower-income background was a significant barrier to entering these professions. 59% of people thought this would hold someone back from becoming a teacher, whilst 57% felt it would limit someone’s ability to become an engineer. Just under half (47%) of respondents said a lower-income background could prevent someone becoming an accountant, with 18 to 34-year-olds more likely to agree with this compared to over-55s (49% and 36% respectively).

The survey also found that the cost of qualifications was seen as a major obstacle to many sectors. On average, Britons believe it costs £27,432 to become a solicitor (including but not limited to undergraduate degrees, masters degrees and specific qualifications). Meanwhile, qualifying as an accountant was estimated to cost £21,356, closely followed by becoming an investment banker (£21,341). By comparison, training as an HR manager was considered less expensive, with respondents thinking qualifications would set you back £15,657.

Despite the perceived high cost of training, accountancy is considered to be a well-paid career, with almost half (49%) of respondents describing it as such, whilst 13% said it was a ‘rewarding’ job and one in ten (9%) described it as ‘stimulating work’. There are some negative stereotypes associated with the profession – 43% of people thought accountancy was ‘serious’, with over a quarter mentioning ‘long hours’ (27%) and seeing it as ‘stuffy’ (26%).

However, only 8% of those surveyed thought accountancy was ‘elitist’. This view was echoed by AAT members and students – 57% and 62% respectively said they believed accountancy was open to everyone, regardless of their background.

See Mark Farrar comment on the findings in this short video.

“Going to university after completing school education remains a popular route – and there is no doubt that, for many of the thousands of young people currently completing their UCAS forms, putting down various university options remains their best route to take.

“But it’s not the only path available. There are other ways of accessing the accountancy profession, such as taking a vocational route like an apprenticeship. This approach wouldn’t saddle you with debt, nor would it cost several thousand pounds of your own money. Instead, you can earn while you learn – often in a junior accounting role supplemented by time to study accounting qualifications, the cost of which is frequently covered by your employer. Apprenticeships add to the diversity of their workforce, too – and many large accounting practices feature highly in the UK Government’s social mobility index.

“And AAT qualifications are open to all – meaning you can become a professional accountant irrespective of your background, class or ethnicity. Despite common misconceptions, accountancy isn’t a profession dominated by men from higher-income backgrounds – two-thirds of AAT members and student members are female, while many thousands of our students are from lower income backgrounds and taking their first steps in an exciting career in finance.”

AAT has published a white paper outlining the survey findings, including details of which factors are considered barriers to progression in accountancy and other sectors, which is available via the AAT website. There is also information for school leavers to find out if accountancy is right for them, including details on how apprenticeships work.