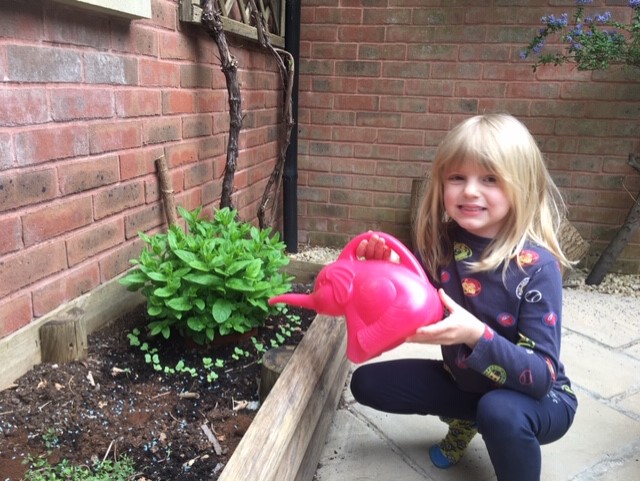 Posted on April 29, 2020 Comments Off on A THIRD OF UK GROWERS WILL BE OUT OF BUSINESS BEFORE THE END OF THE YEAR REVEALS NEW INDUSTRY SURVEY

A new industry report conducted by The Horticultural Trades Association (HTA) reveals that the government’s current proposed aid package does not work for the horticultural industry and that a third of UK growers claim they will be insolvent by the end of the year because of the impact of coronavirus.[1]

In response to the findings, the nation’s favourite celebrity gardeners, along with the HTA who conducted the survey amongst the UK’s ornamental grower businesses, are calling for the Government to act now and support growers before it is too late.

The HTA is asking for a compensation scheme to be set up and claims that the UK Government’s aid package simply does not work for the horticultural industry. Less than one in five growers have received help through the Government’s business support measures, while just 1% has received financial support from the government’s Coronavirus Business Interruption Loans scheme (CBILS).

Current UK Government support does not consider the total loss of annual income for growers, which is largely seasonal from March to June. Meanwhile, over three-fifths of growers (62%) said that they were not eligible for business support grants, while nearly four in five (79%) growers are not entitled to any kind of rates relief.

In the Netherlands, the Government has announced a scheme to help its industry while at the same time leaving garden centres open, meaning that Dutch growers will be perfectly positioned to supply the UK market if the British sector collapses.

Alan Titchmarsh MBE comments: “The shocking findings from today’s report show that around one in ten of our ornamental plant growers – many of them family concerns could go out of business by the end of June unless action is taken now. Put simply, if the Government is unable to offer a compensation scheme on the lines of that already put in place by the Dutch government, and independent garden centres remain closed, then our beloved British garden industry is on the brink of destruction. The longer the delay continues, the more costly the solution.

“Europe has stolen a march on the UK and already prepared its horticulture industry for the future. Without a similar financial lifeline, many of our growers will go under and even more, plants will need to be imported from Europe. Aside from the catastrophic economic implications, such imports leave our nation open to the risk of all the infectious diseases and pests that for the last decade British horticulture has worked so hard to avoid. We need to buy British not only to save our plant industry but also to help deliver on our climate change and plant health ambitions in the future.

“We are asking the public to support our campaign to #KeepBritainBlooming and to recognise the joy that plants bring to millions of gardeners across the country. Opening garden centres now, with the same safety measures employed as in supermarkets, will give people across the country access to plants, encourage them to garden, stay healthy and productive at home and help save an industry at the heart of British life.”

The scale of the challenge for UK growers is enormous. While some plants can be distributed through mail order and home deliveries, there are hundreds of millions of bedding plants in production – equal to the land area of Liverpool – and ordinarily 60% of UK plant sales go through independent garden centres at this peak trading period.

Questions have been raised as to why DIY stores have reopened with garden sections last week, while supermarkets have extended retail areas to sell more plants and gardening products. In many other countries, garden centres have been reopened.

If a decision is made to reopen garden centres, many premises are already set up to allow for social distancing as they have wide aisles and outside space. Plant areas and other essential garden supplies will be the focus for any reopening and cafes or restaurants will stay closed.

A recent YouGov poll showed that over 70% of those who attend garden centres would feel comfortable to do so once measures were eased – the highest scoring for any retail outlet.

A managed re-opening of garden centres would give people limited access and would focus on allowing the purchase of plants and other gardening supplies.

James Barnes, Chair of the HTA comments: “We’re now at the end of April and the only way of rescuing this sector is to pursue a simple compensation scheme like the system announced by the Dutch Government, which will save its horticultural industry. We should do the same.

“However, the cost of this scheme would be significantly reduced by allowing garden centres to sell plants and gardening equipment as soon as possible. Unless something is done in the next two weeks, we could lose between a third and a half of our seasonal growing sector this year, which will be a tragedy for hundreds of family businesses throughout the UK and result in a dependency on foreign imports, with all the potential biosecurity issues that brings.”

Horticulture not only provides a great deal of grow your own produce but also contributes to the positive physical and mental wellbeing of gardening. Gardening is one of the UK’s biggest hobbies with over 23 million gardeners throughout the country.

Peak season has only a matter of weeks left for the horticulture sector, which has formed an essential part of British life for over 350 years. Around 70% of plant sales are made between March and the end of May. Many of these growers are facing huge difficulties and a near-complete loss of income due to the coronavirus. Not only are they losing sales, but many are and will have to write off their stock making this a unique situation.