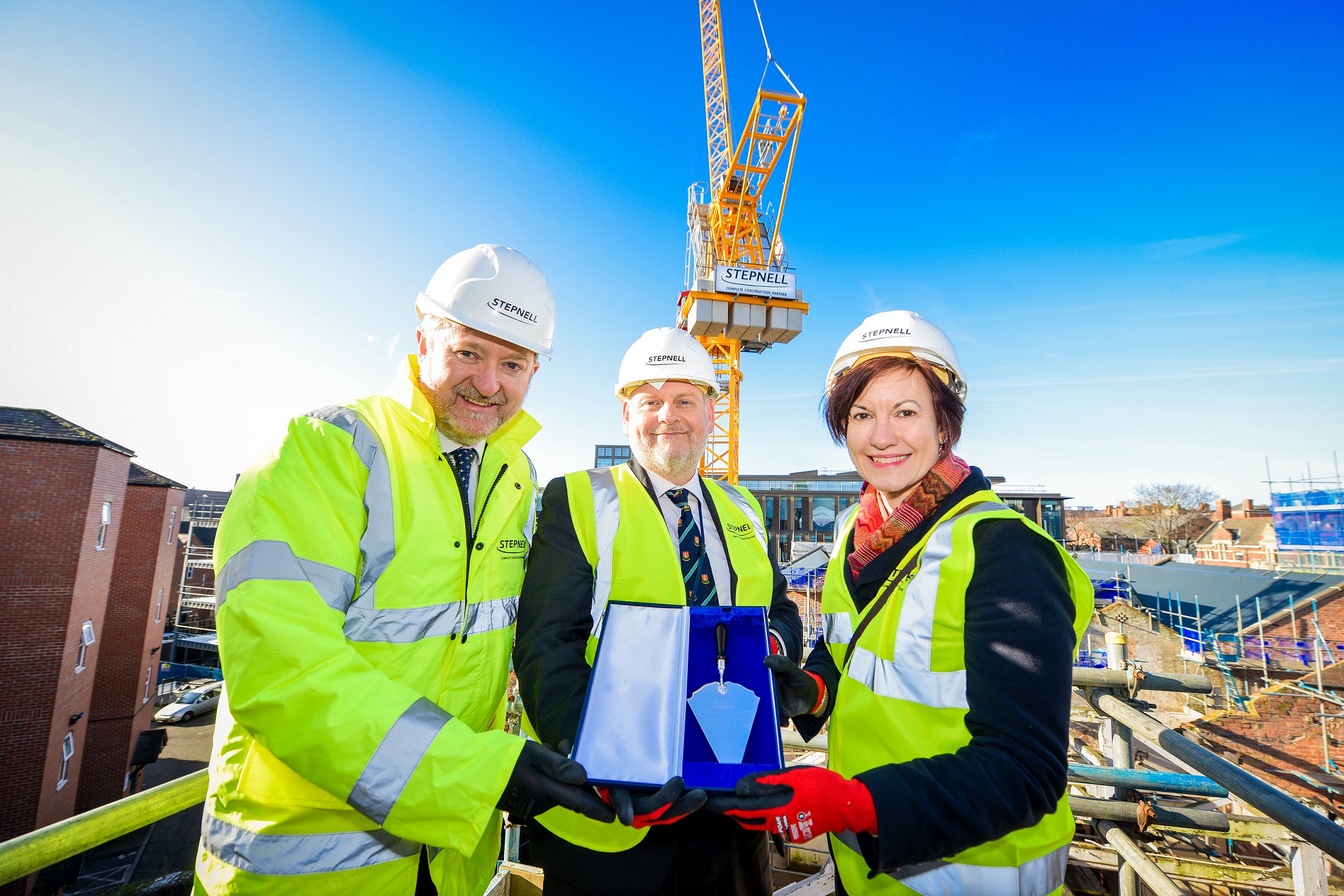 A STEP CLOSER FOR STEPNELL AS VULCAN WORKS TOPS OUT

Posted on February 4, 2020 Comments Off on A STEP CLOSER FOR STEPNELL AS VULCAN WORKS TOPS OUT

WORK on an ambitious development for Northampton’s creative businesses has moved a step closer to completion after Stepnell and Northampton Borough Council held a topping out ceremony (29 January).

The new build element of the site has now topped out with all steelwork completed, and work on the façade is underway.

The £14 million town centre scheme forms part of Northampton’s emerging Cultural Quarter and is designed to support up to 100 businesses in its first ten years. 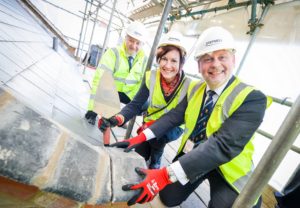 Adrian Barnes, Midlands regional director at Stepnell, said: “This project has been an excellent opportunity to work on something that is really imaginative and will make a huge amount of difference to the town and its Cultural Quarter.

“Town centre builds are always challenging, but by working closely alongside Northampton Borough Council, we have been able to make excellent progress to reach the stage where we are topping out.

“We have been able to draw upon our wealth of combined knowledge of both new build and conservation construction to deliver the scheme, and we’re very pleased at the way the project is advancing.”

Cllr Tim Hadland, Northampton Borough Council member for regeneration and enterprise, said: “This scheme will make a very exciting addition to our Cultural Quarter which is going from strength to strength. The extended and revamped museum is set to open in the coming months and by the end of this year we will be opening the creative hub at Vulcan Works.”

SEMLEP has contributed £6.3million towards the development through the Local Growth Fund, and a further £3 million is being provided by the Ministry of Housing, Communities and Local Government (MHCLG) from the European Social Fund (ESF).